WATCH OUR VIDEO SERIES!
© 2022 Cosmopolitan Philippines
Sorry, no results were found for
Follow TOYOTA on

It's the much-awaited weekend for racers at the 2019 Toyota Vios Racing Festival. More than 70 racers from different parts of the country converge at the Clark International Speedway in Pampanga. Among the drivers waiting for their turn at the Circuit Championship track is a 25-year-old woman who stand confidently in her race suit, beside her Vios race car. She will eventually become one of the winners, emerging as one of the fastest and most skilled driver in the group of mostly male participants.

Her name is Elysse Menorca, one of today's most prominent Filipina racers.

Before she started racing, Elysse was an assistant for an image consultant, an events host, and an avid gamer. Her boyfriend introduced her to simulation racing, and in 2016, they joined a virtual reality racing competition. 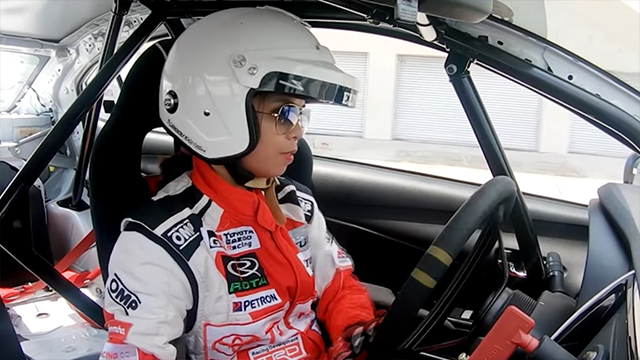 Training and competing in the U.K. made Elysse realize the passion she has for driving, and when she returned to the Philippines, she and her friends decided to build a racecar for local competitions. “It takes a lot of time to build. We also had to find a mechanic we could trust,” she shares. It was a far cry from the simulation racing that she was used to. “While, I was able to apply my learnings from the simulation to the sport, I still had to go through a lot of physical and mental preparation to drive in real life.” Her challenges weren’t just confined to the track—she also had to find sponsors to support her through competitions. “I used social media as a platform for promotions. To be honest, racing can be really expensive, so I made sure to win competitions and keep a good track record to attract sponsors.” 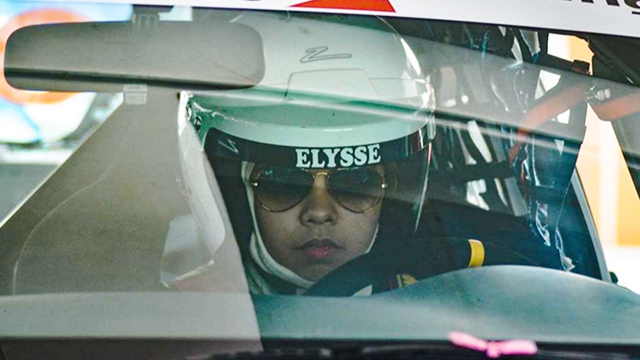 “[There was also the] physical, mental, and emotional preparation,” she says. She often recalls how she had to adjust to the long hours training with her team and devoting weekends to the race track.

At present, Elysse is passionate, strong, and dedicated. As a female racer in a male-dominated sport, she has worked especially hard to carve her name in the roster of established professionals. She started exercising and doing cardio workouts to stay in shape for competitions. She learned how to speak during interviews and to keep composure during shoots. And most importantly, she developed focus and good sportsmanship. “[I] aim to be better after every race. I [learn] from my mistakes” she admits, acknowledging that she’s had her fair share of losses. All the same, though, racing has been an experience of conquest and triumph for the now 25-year-old—she loves driving cars and pushing them to their limits. “I like the adrenaline rush I get every time [I race].”

“Races usually happen on the weekend,” Elysse says. She shares how she prepares for her competitions, like the Toyota Vios Racing Festival. 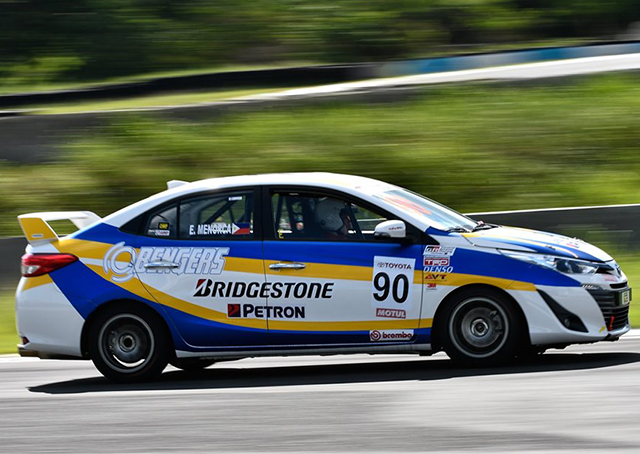 Normally, I start preparing at least a week before the race.

On Mondays from 7:30 p.m. to 9:00 p.m.: After an eight-hour workday (got to pay the bills!), I do a little simulation race training. I also pack the things I need for the week ahead.

On Thursdays: This day is for the official practice, which can be even more strenuous than open practices. My schedule usually looks like this:

9:00 a.m. - 5:00 p.m.: After having breakfast, stretching, suiting up, and making sure we’ve got all our gear, we race non-stop. During our breaks, our coach assesses our performance and gives us feedback. My teammates and I also compare data, point out each other’s strengths and weaknesses, and note down our areas for improvement.

7:00 p.m. - 9 p.m.: I have dinner with my team (or sometimes call for hotel room service if I’m really tired). I also get a quick massage since my body usually aches after practice. After that, I prepare my clothes and gear for the next day—I even wash my balaclava and racing gloves so they’re clean and fresh! I try to do everything efficiently so that I can sleep by 10:00 p.m (earlier, if I can). 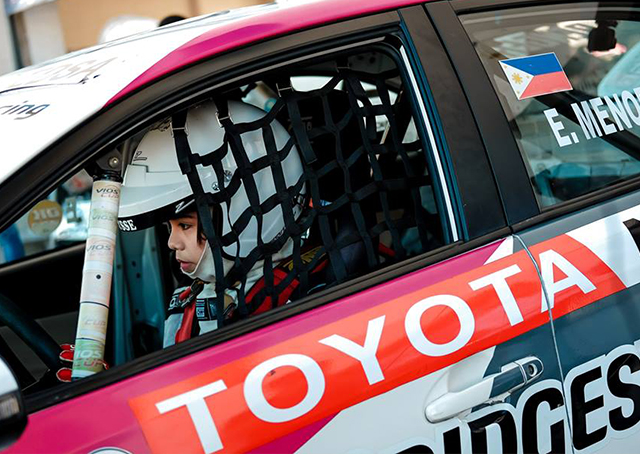 Friday and Saturday: These are race days. By 7:00 a.m., my team and I are at the track to stretch and warm up. Apart from the race itself, the day is packed with interviews. Saturday evenings are usually dedicated to the awards ceremony (plus, a few rounds of beer with friends!). Before I head back to Manila on Sundays, I usually have a bit of downtime to meet with friends in the area, shop, or play golf. Till the next race, I tell myself!

While I have the option to join races based on the make of my car, I like joining races that have special classes for women. Some people might think it’s sexist, but I see it as an opportunity to show society that women can race—and be great at it. There are a number of women who are established racers, but some people still think we cannot be as good as men. 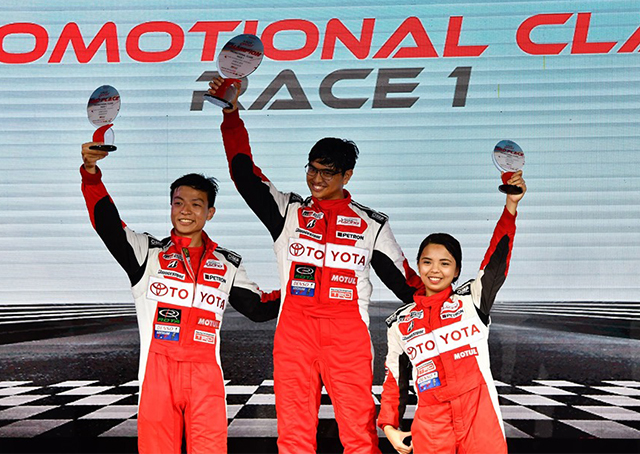 To all the fellow female racing enthusiasts out there: Be proud of who you are. Being a female in the sport will not stop you from becoming a successful and victorious racer. I believe that anyone, regardless of gender, can excel in the sport as long as you put your heart into it. Let’s encourage women to join and keep the passion burning!