This Is Where Flight Attendants Sleep On Planes

Oh look, Virgin Australia just shared some photos that make it seem like airplane travel isn't always going to be an experience roughly equivalent to, say, a year in one of the seven circles of hell—if you're staff, that is.

While you're curled up in fetal position with your knees pinned to the chair in front of you in economy and desperately trying to avoid having to watch an Adam Sandler movie, the cabin crew is slumbering peacefully in some cozy pods just above your head. (Of course, they are also working hard while on duty while you're just seated there, so fair enough.) 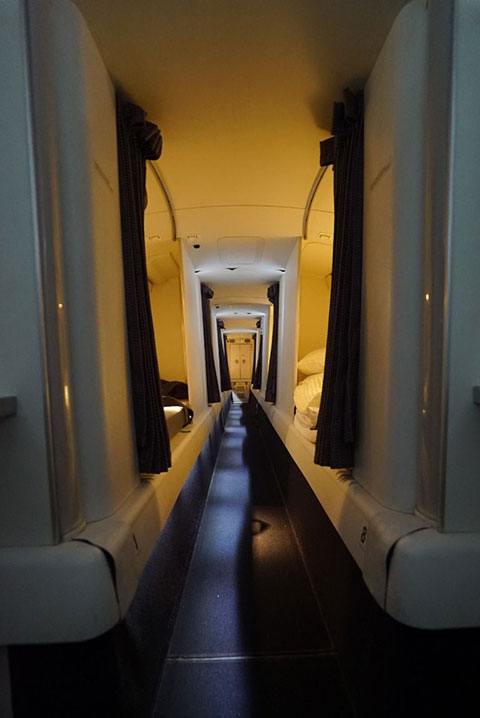 Now, granted, this level of ~luxury~ is reserved for "long-haul" flights—typically considered a nonstop journey that lasts from seven to 12 hours. And the photos shared here are from a Boeing 777-300ER aircraft, which is used for an "ultra-long haul" flight like Sydney to Los Angeles, which clocks in at almost 15 hours. 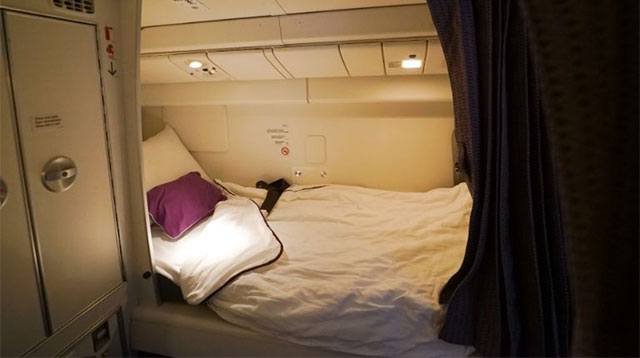 According to the blog, the "crew will retire to two designated crew rest areas in shifts during the flight in order to rest for around 4 hours." Even in the cabin crew section, however, there are still classes. The pilots get to sleep in the "two beds above the Business Class cabin, or relax and enjoy our in-flight entertainment system," whereas the rest of the crew is stuck in what looks like the living room of a middle-school slumber party. 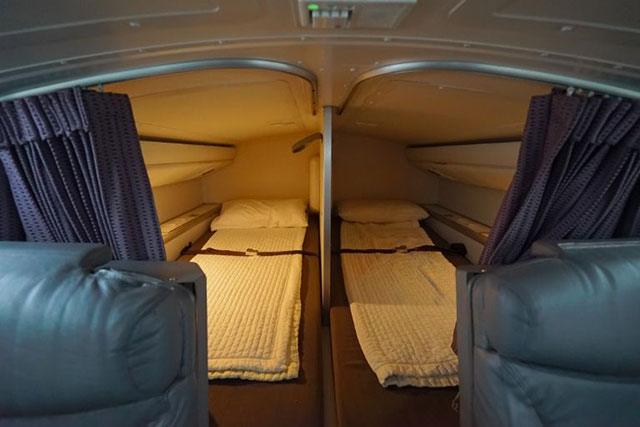 They change into pajamas and neatly hang up their uniform before taking their nap, though, which explains why the always leave an aircraft looking like they stepped out of a movie, whereas you feel like you just crawled your way out of a swamp.