Chef-Approved Canned Goods For The Next Time You Do Groceries

It's important to stock up on canned goods these days. They have always gotten a bit of a bad reputation for its supposed preservatives, but whether it's for emergencies or convenience, there's something comforting about knowing there's a bit of food in the pantry that will stand the test of time.

While fresh food can't be beat, we asked some of Manila's most popular chefs for their go-to de lata, as well as how they cook them. Here are some canned goods you might want to add to your cart for your next grocery run.

"It's low-sodium Spam for me and my boys, cooked crispy. My boys like white rice and my eldest makes hotel-quality cheesey scrambled eggs. Plus Heinz ketchup!" —Robbie Pengson, Beso Beso 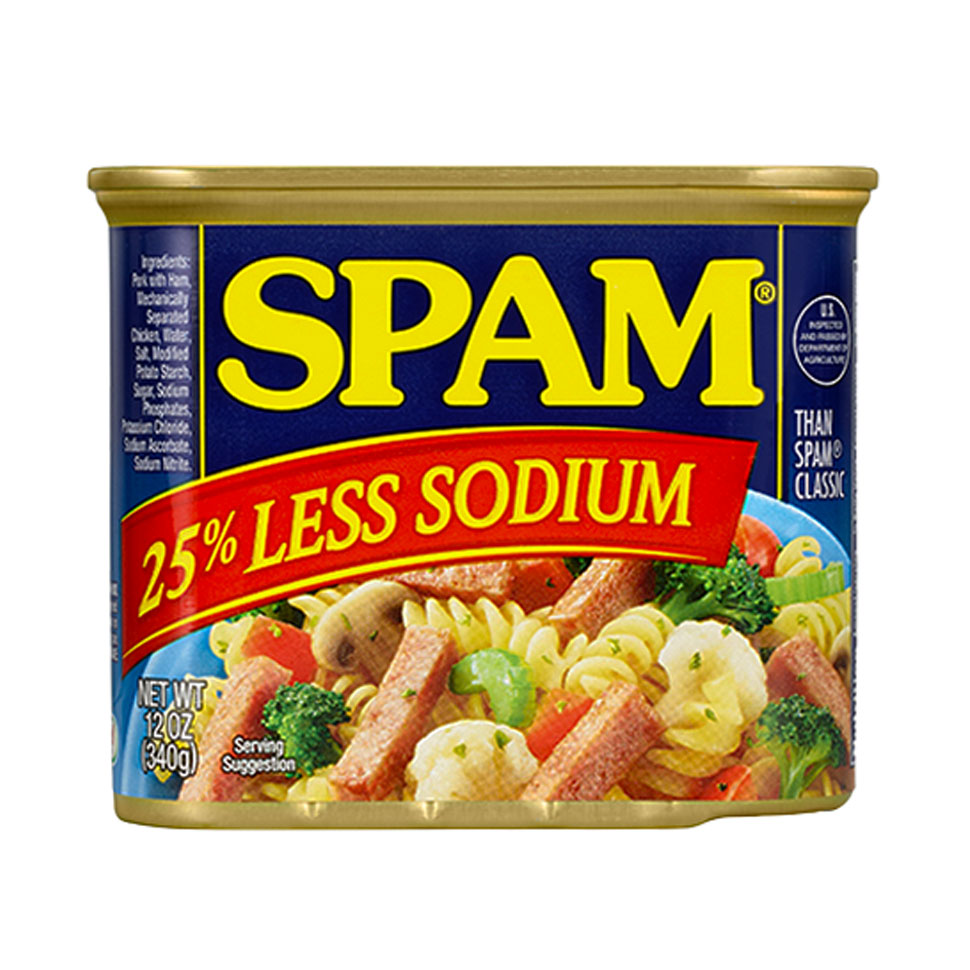 "If it's cooking for my family, it's canned tomatoes because of its versatility. You can cook a lot of recipes from there—from pasta sauces, braised, and soups. A close second are canned beans. It's a great source of fiber and plant-based protein. It's also versatile and can be added to salads, soups, stews, or sauces. I love me a good canned of sardines but my kids don't like them." —Him Uy de Baron, consultant 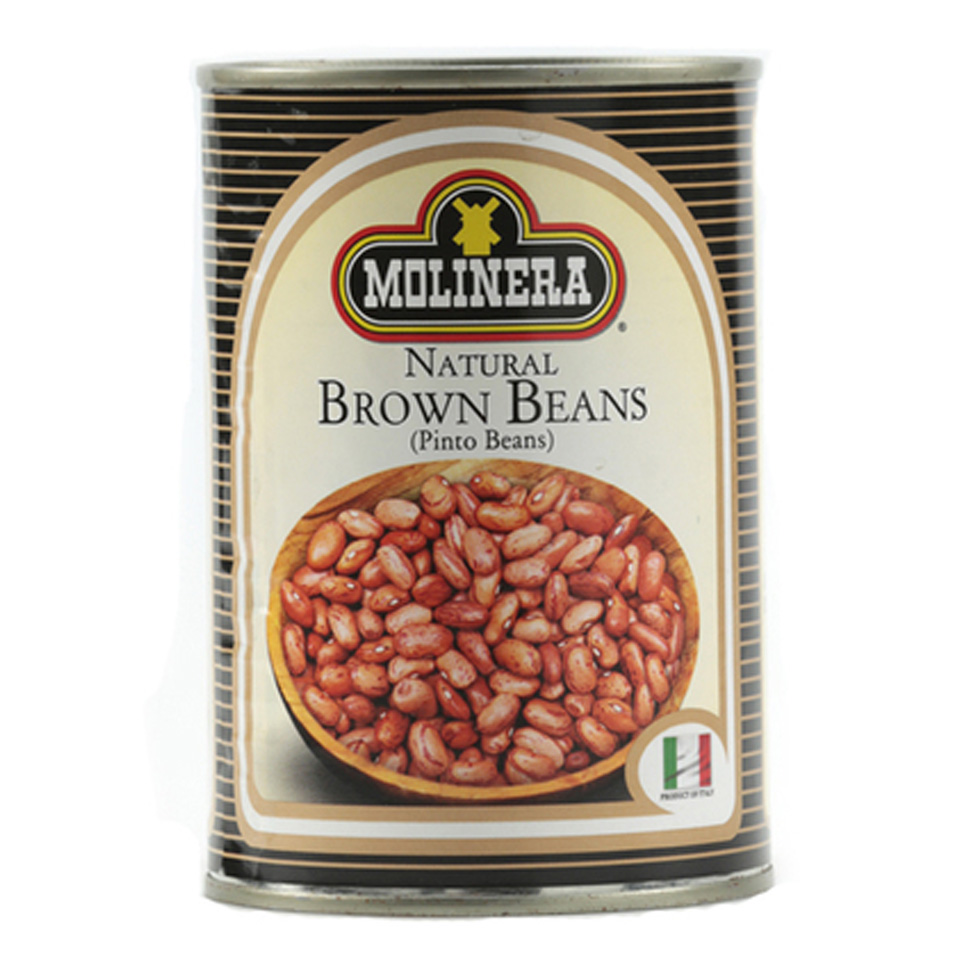 "For me, Spam Lite, pan-fried with a bit of sugar to caramelize. There's so much you can do with it: fried rice, sandwich, musubi, fries." —Sonny Mariano, Le Petit Souffle 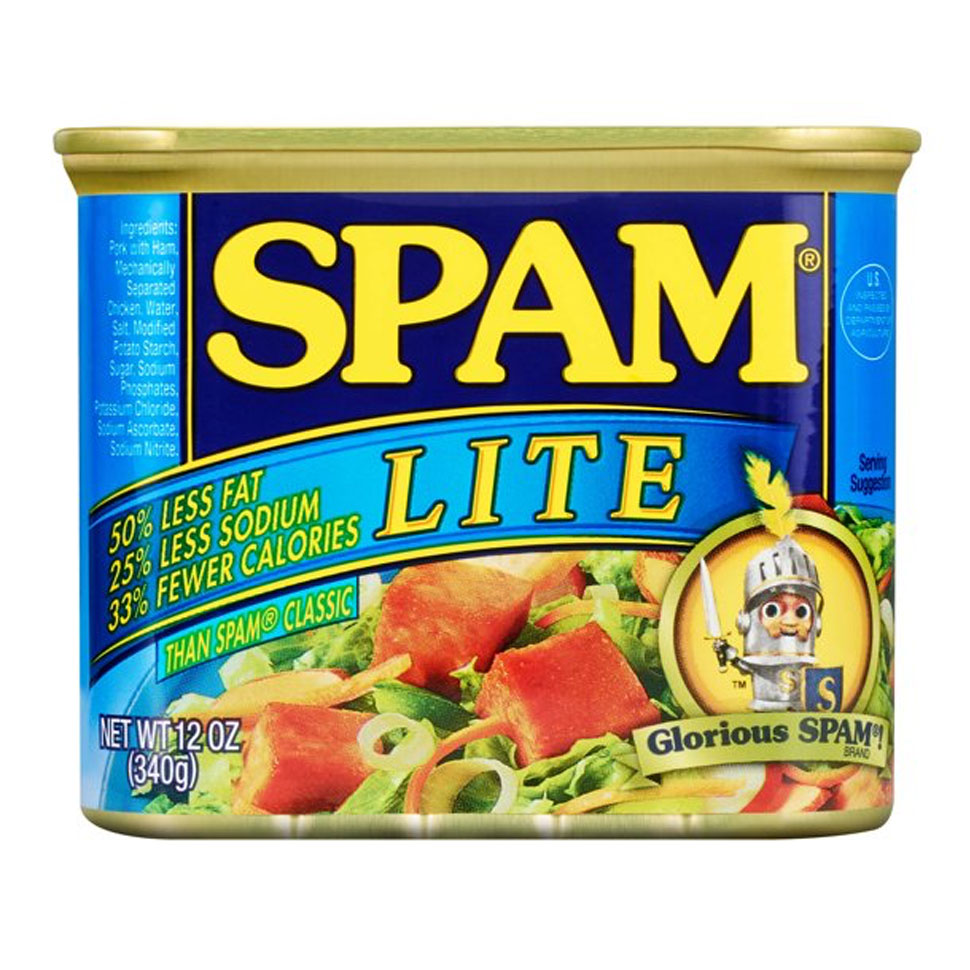 "For me, canned tomatoes! They're so versatile. If it's up to my kids, it's Spam or corned beef. You can do meat stews, pasta sauce, bacalao, etc." —Miguel Vecin, Bar Pintxos 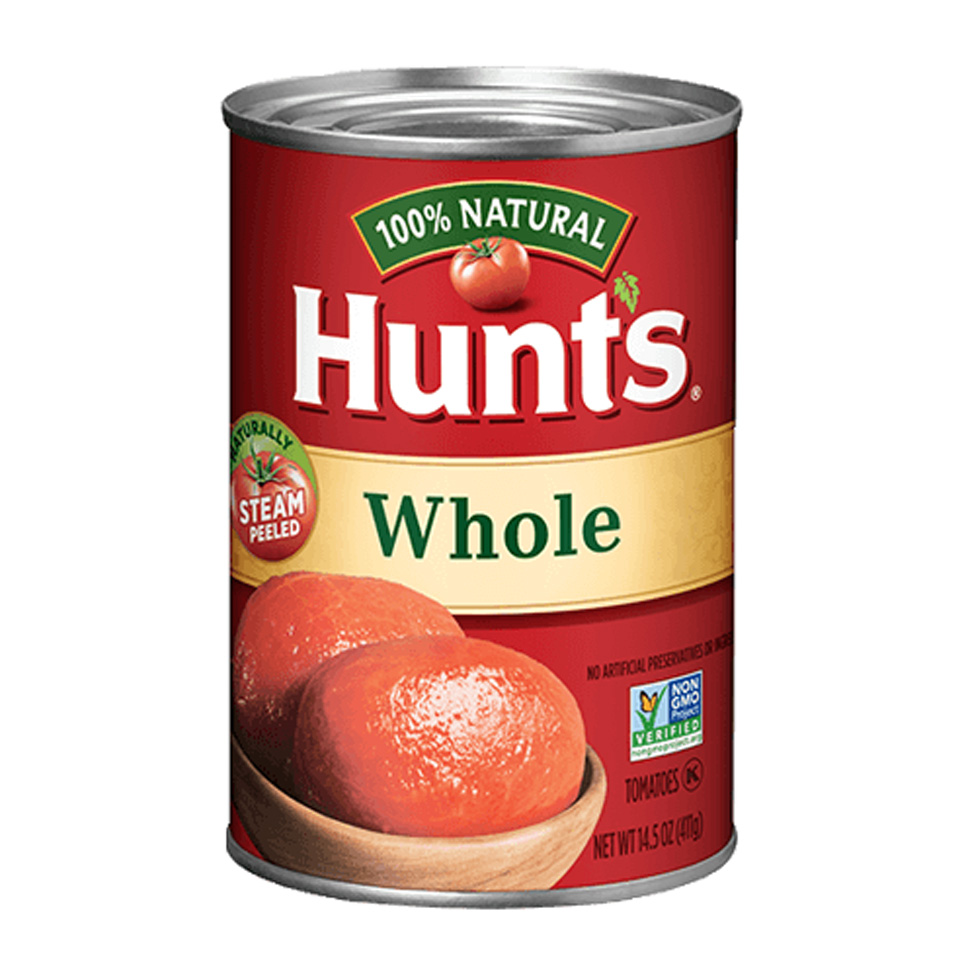 "Maling because it brings back childhood memories. We always have it in our pantry. It's a breakfast staple in our family." —Patrick Go, Gochu-Gang 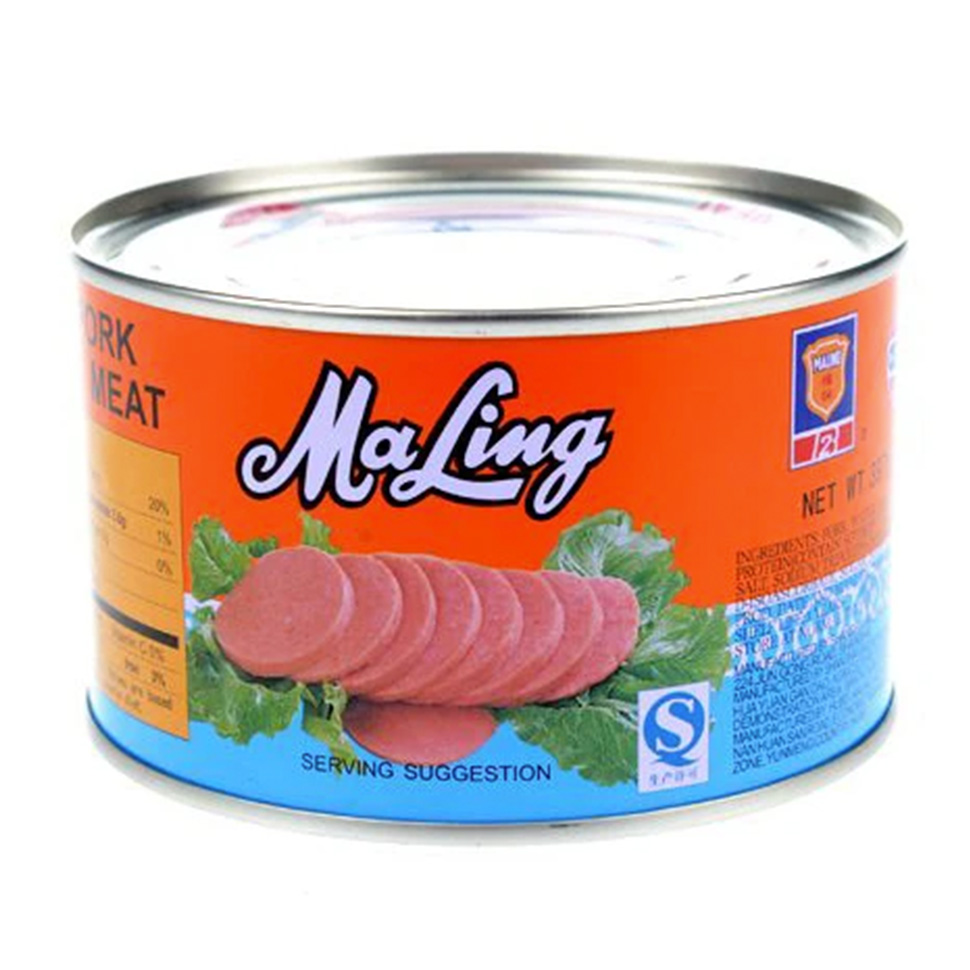 "Canned tuna, Spam, corned beef, and Vienna sausage! Those four are my staples. Every after work, when [I] go home, I just want to open a can and cook it with one or two ingredients because I'll be too lazy. I'll make a Spanish omelette with tuna and potato or Spam sisig. With Vienna sausage, I'll just put it on bread. I can make corned beef hash, which is so comforting after a long day. Sometimes, I just top it over nachos with cheese sauce and other nacho condiments." —Jorge Mendez, Ohana 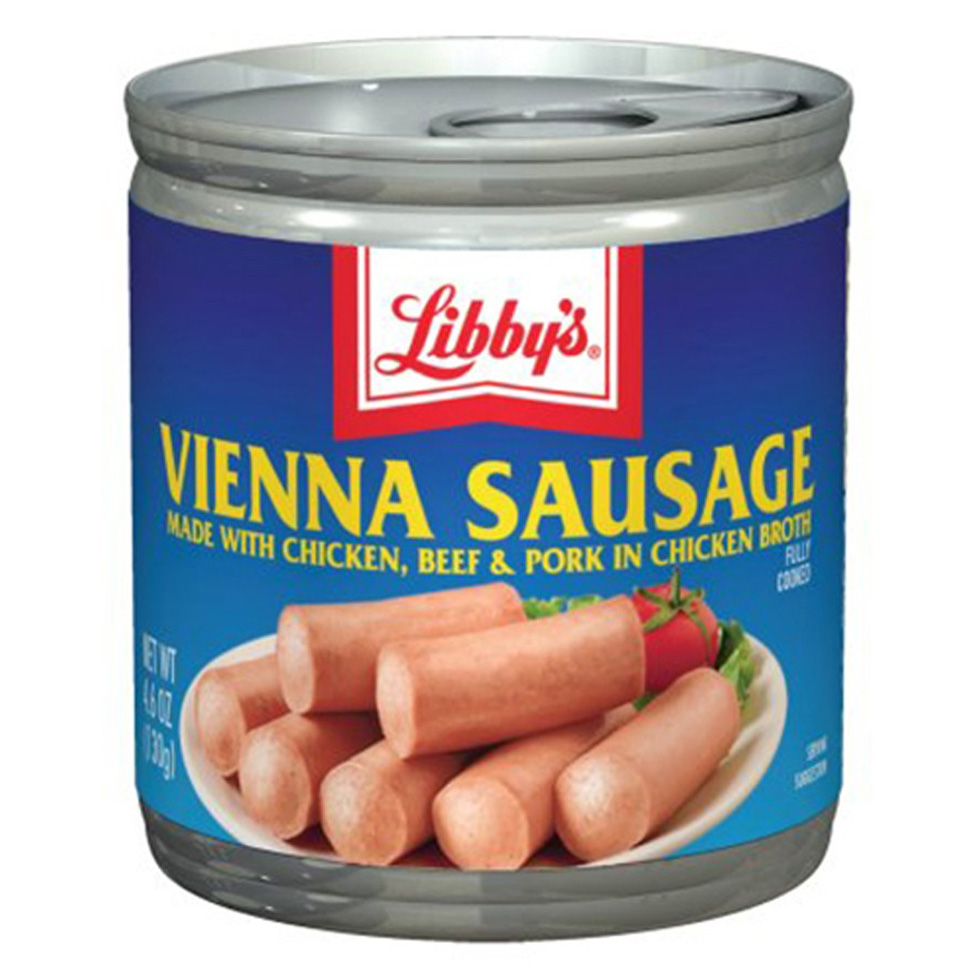 "Corned beef. Delimondo or Palm. Super versatile. Can be cooked as bolognese, fritata, or torta. You can even use it for kaldereta!" —Edward Bugia, Pino 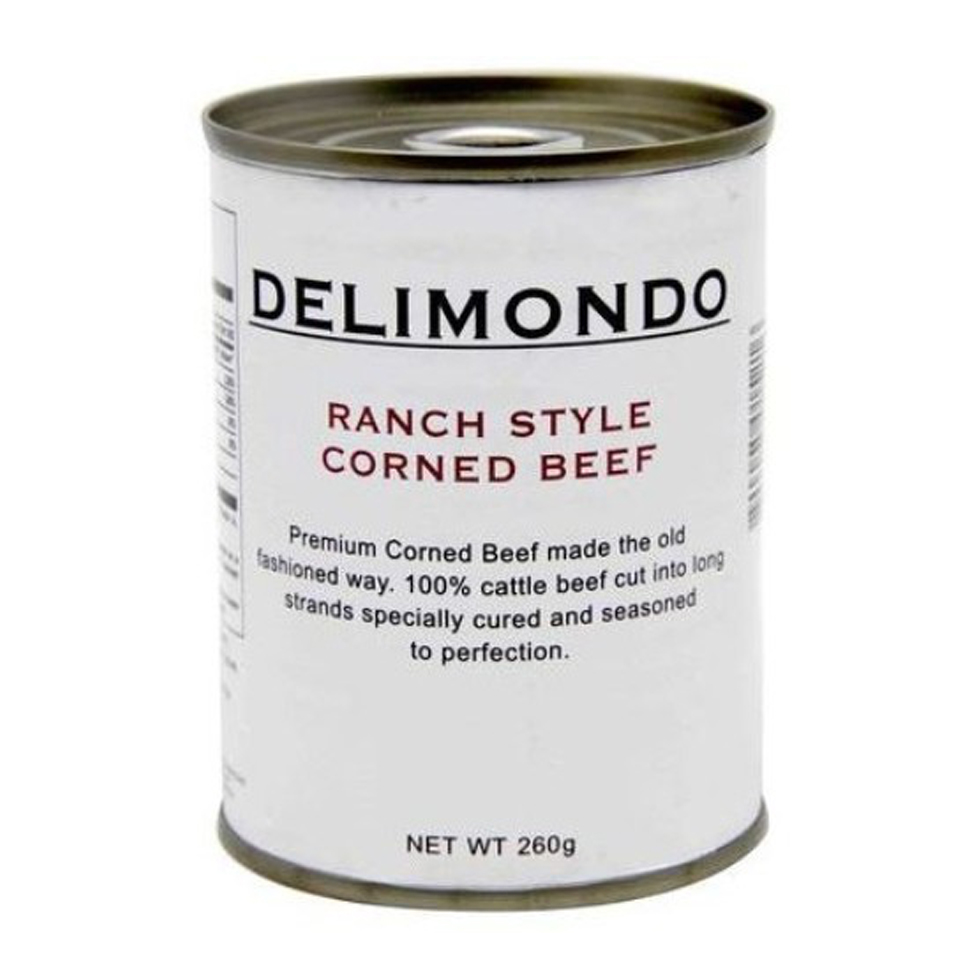 "For me, the most important canned food is Alpine full cream evaporated milk! I use it for my frosted cereals in the morning. Chilled from the night before! I use it for coffee and I also use it for my cooking. Second best is corned beef! Make sure it's Delimondo, ranch style. Third best is Maling served with banana ketchup!" —Mikel Zaguirre, Locavore 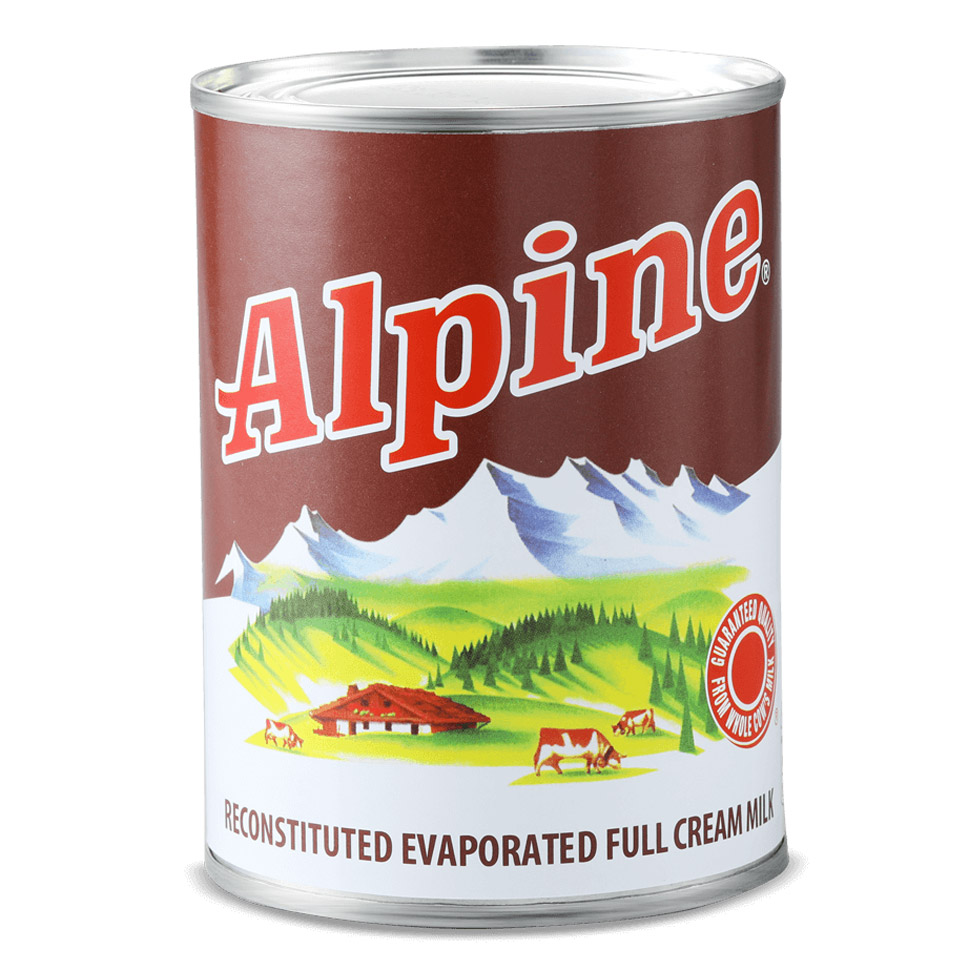 "Corned beef! You can add it in almost anything from soups, sauces, stews, and rice toppings. You can use it to extend dishes as well. Mix it with rice and cheese, then coat it with breading. Deep fry and you've got croquettes. You can use it to saute most veggies or even stir-fry with instant noodles—both dry and noodle soups!" —Francis Lim, Tipple & Slaw 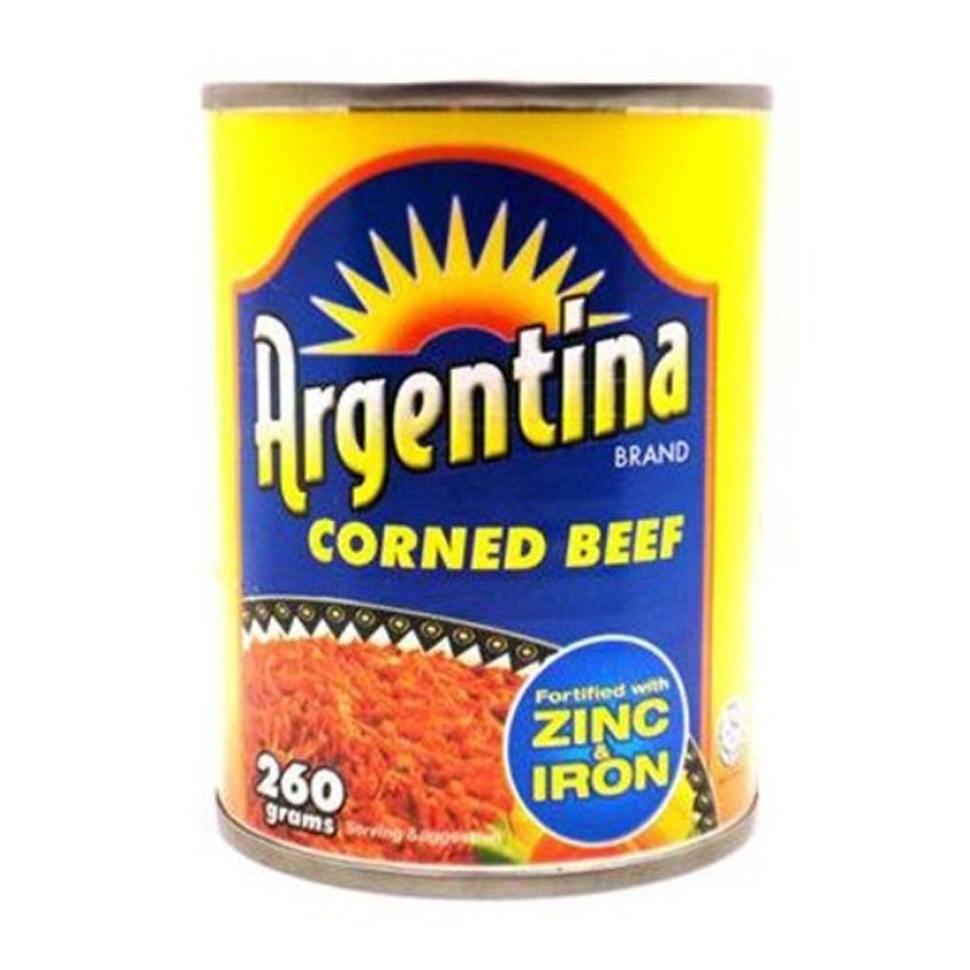 "Bottled tuyo for me is so versatile. Tuyo-silog for breakfast, tuyo salad with tuyo olive oil vinaigrette for lunch, tuyo pasta for dinner, and tuyo pizza for midnight snack. But for canned goods specifically, it is corned beef. I can still see meat or the beef unlike Vienna sausage, luncheon meat, etc. My brain is saying it's the lesser evil compared to others." —Kalel Chan, Raintree Group of Restaurants 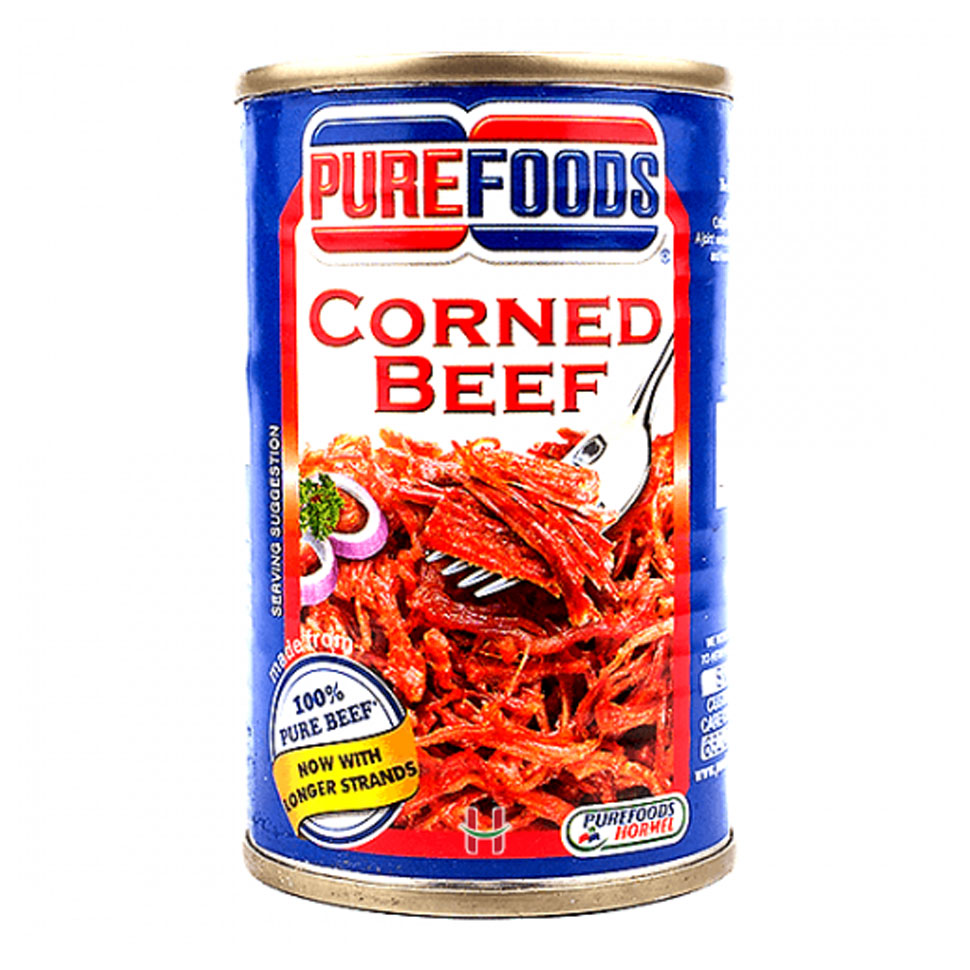 "Doña Elena canned tomatoes. It can always be handy for whatever cheap cut of meat to stew, for pastas, and it can replace stock if you have none at home." —Vin Yuquimpo, La Spezia 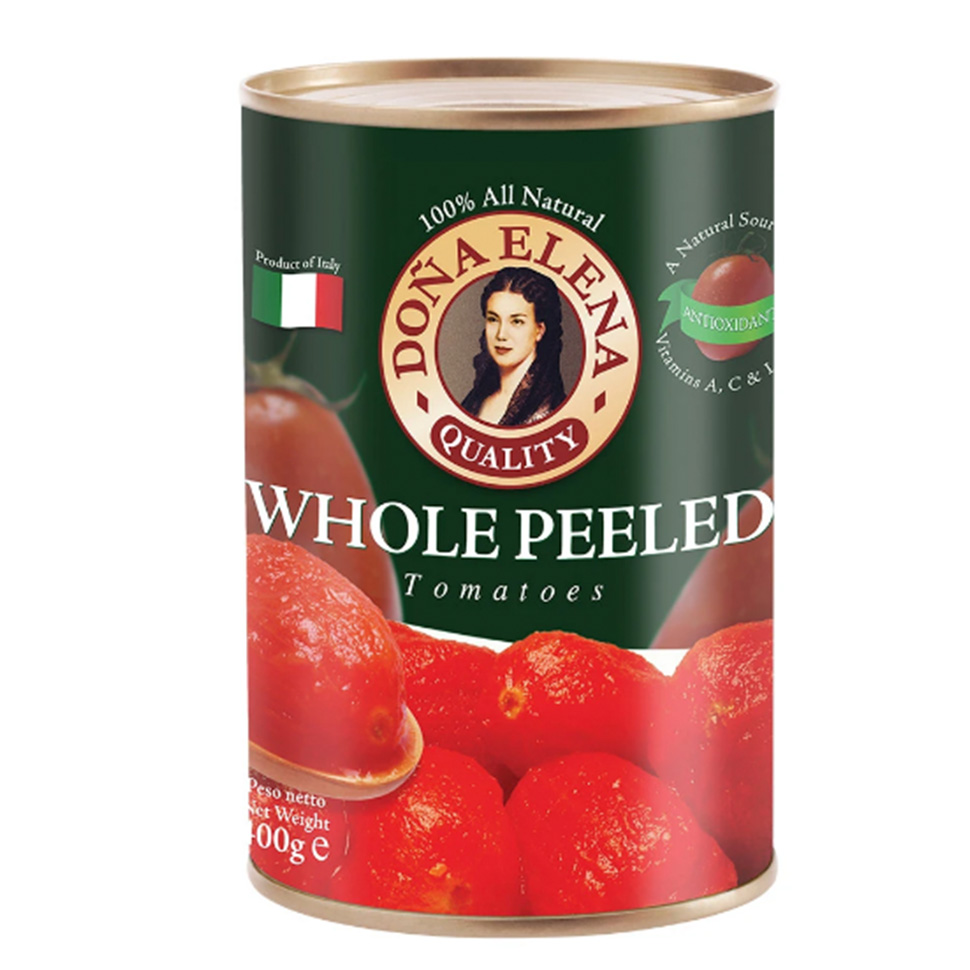 "Spam because who doesn't love Spam? I use it as added protein in my sauces (even my Korean ramyun), or eat is as is—deep-fried, super-thin, and crispy (almost chip-like). Also canned tomatoes! Use it in anything like sauces and soups. Not just for ease, but also consistency since we don't really get good ripe and juicy tomatoes locally." —Sang Hyun Lee, The Moment Group 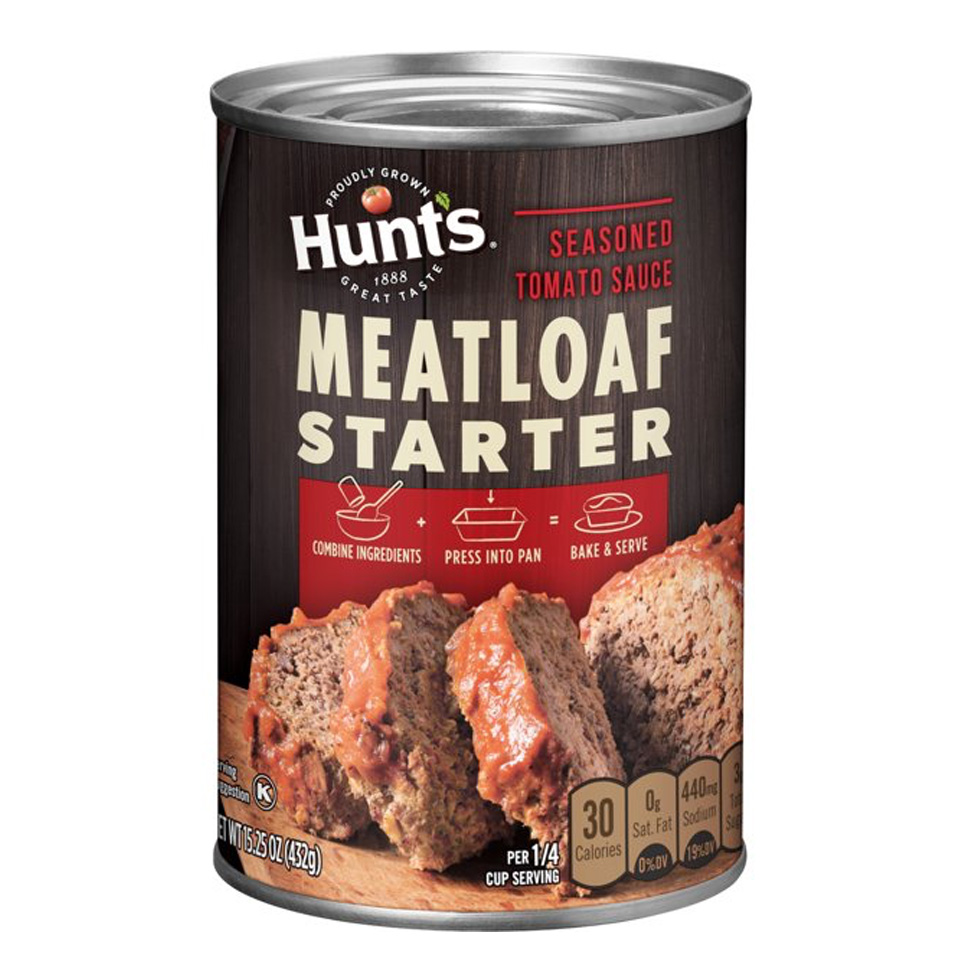 "As a family man, I dont really cook canned food for myself but for my children. Meatloaf is on top of the list. It's easy to cook and you can eat it any time of the day." —Amon Abrantes, The Moment Group

"Century Tuna flakes in brine. I make tuna spread for sandwiches or as a dip with SkyFlakes. Tuna pasta. There are too many ways. If there's a second, it's Spam. Tuna is more healthy so I get that more often." —Natalia Moran, Sunny Side Cafe 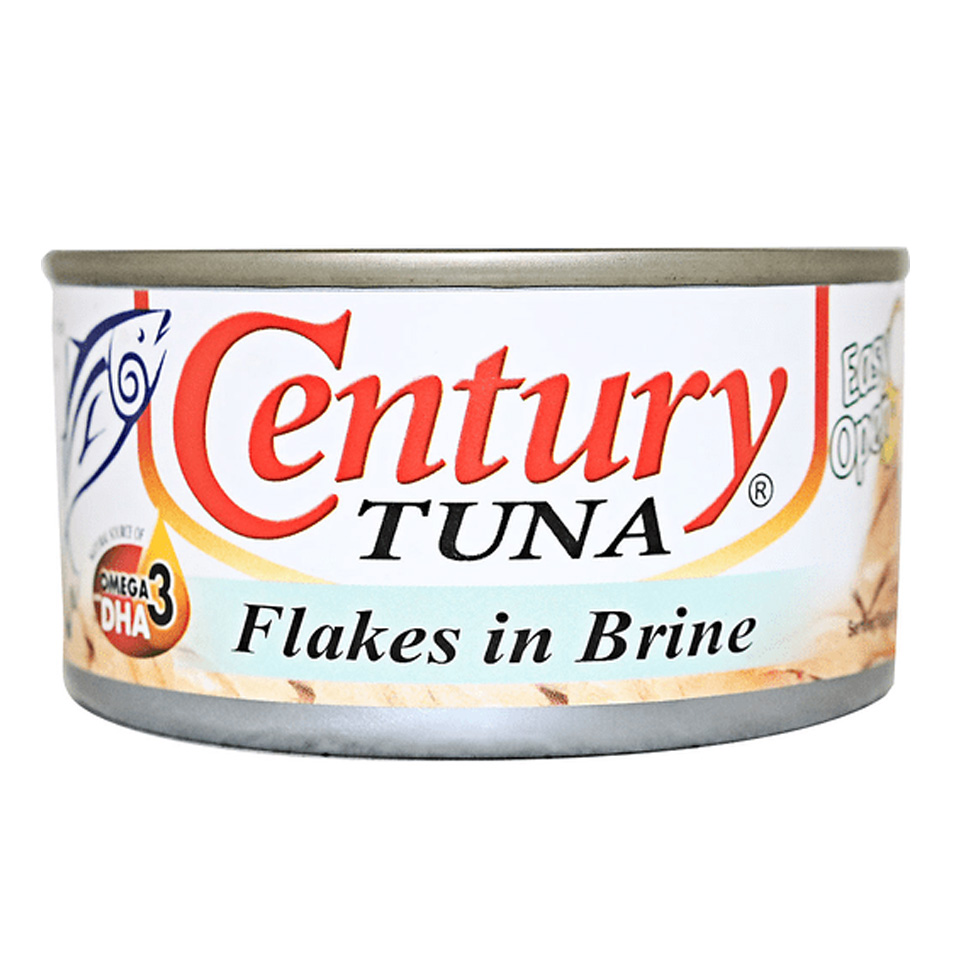 "It's canned tuna in brine. So versatile. You can use it for home cooking and fancier recipes. I've had canned tuna at home even before the quarantine." —Tatung Sarthou, Talisay