You already know that a night out in Poblacion means going on a pub crawl with your barkada, but you might be guilty of visiting the same bars whenever you’re there. And with so many hidden gems and new additions popping up, where does one even begin? The next time you and your besties plan a girls’ night out at Pobs, take inspo from San Mig Light’s 20th Anniversary Party.

On November 29, Kylie Verzosa and other partygoers bar-hopped to celebrate 20 years of San Mig Light. Kylie and the San Mig Light gang hopped from bar to bar, announcing that each table would be getting a free bucket of San Mig Light and that bottles would be P20 for the next 20 minutes. Talk about a celebration!

Take cues from San Mig Light's Anniversary Party and add these bars to your very own list. 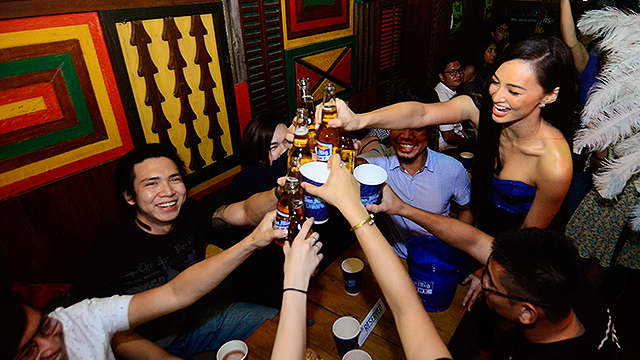 Sitting around and drinking with your friends can get pretty boring, especially if you frequent Poblacion. Make it more fun by adding some games into the mix! The Cabin Bar & Bistro offers classic games that can definitely make any party more exciting. Anyone else up for a round of beer pong or perhaps a drunken game of Jenga?

This bar might have been around since 2015, but you’ll be pleased to find out that its menu has expanded so you can enjoy more than just steaks and a frosty beer. With the addition of Hineleban Cafe, Backwell is set to transform the culinary scene in Poblacion into a healthier dining space—all the while highlighting what Bukidnon has to offer.

Though it’s best known for its magical theme, Alchemy Bistro Bar has been serving a delicious fusion of European and French cuisine since 2014. Its unique menu and relaxed, lounge-like ambiance definitely contrasts with the bustle of the other bars in the area.

4. The Social on Ebro

A pub crawl isn’t complete without devouring a good amount of food. And it’s hard to miss The Social with its colorful exterior and head-turning murals. There are only two stalls in this two-story food park, plus its in-house cocktail bar Crosta and Kashmir, but a quick visit to this hotspot can easily explain why it’s been a go-to for many. 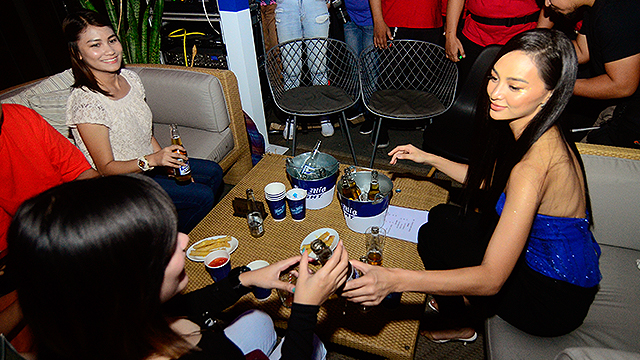 This bar is located inside what looks like an actual apartment—complete with a living room, bedroom, and dining room. It makes for the perfect place to chill after a long night of bar-hopping; almost like you were in an actual friend’s place. You also get to enjoy great live music between drinks and conversations—it’s definitely worth the five flights of stairs to the bar.

As far as Costa Rican reggae bars are concerned, Pura Vida is the only one of its kind in Poblacion. Though the colorful environment and chill, jazzy music are what initially draws you in, their specialty Costa Rican cuisine is what will keep you staying throughout the night.

If you’re itching to dance the night away, head to this bar. El Chante is most known for its huge neon light display, but it’s also one of the most underrated bars in Poblacion. It’s a spacious mini club located on the second floor of The Void and is often a go-to for those still looking to party after 3 a.m.

Though it’s a far cry from its hip hole-in-the-wall neighbors, Hott Asia Bazaar might be the only place in the area where you can eat, drink, and shop all at the same time. It’s essentially a night market that makes for the perfect post-party spot. Chow down after drinking or maybe indulge in an impulse purchase. 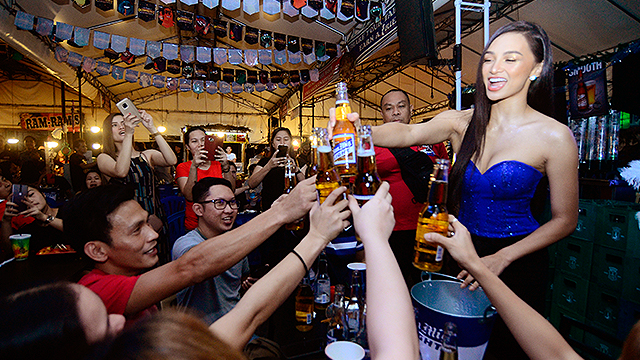 Make your pub crawl around Poblacion a night to remember—just like the night of the San Mig Light 20th Anniversary Party—by dancing, drinking, and laughing the night away with your barkada and a cold bucket of San Mig Light.

This article was created by Summit Storylabs in partnership with San Mig Light.
Shop the items in this story!