Bring This P1,299 Sushi Cake To Your Next Christmas Party

For the most extra party ever, there's no better centerpiece than a sushi cake. It's no surprise that Sushi Nori, known for their overloaded sushi rolls, has their own version. Their Sushi Cake (P1,299) is a towering creation of sushi rice, salmon, tuna, tamago, and cucumbers, and a special mildly salty soy sauce-based dressing plus a sprinkling of toasted sesame seeds. But they aren't quite done yet-in time for your next potluck, they've launched two new Sushi Cake flavors. 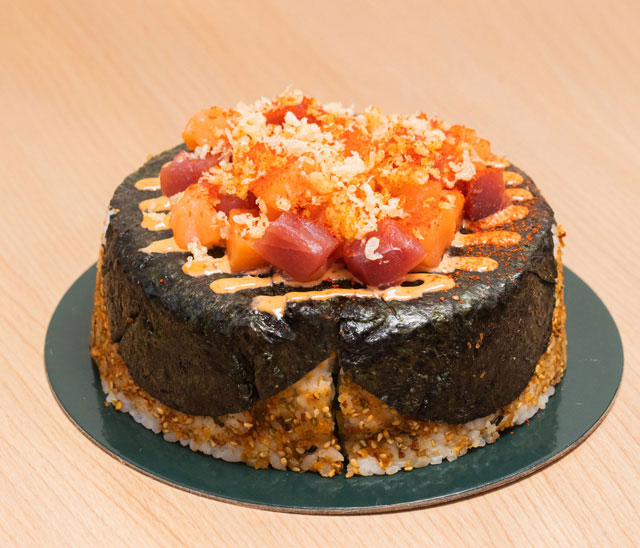 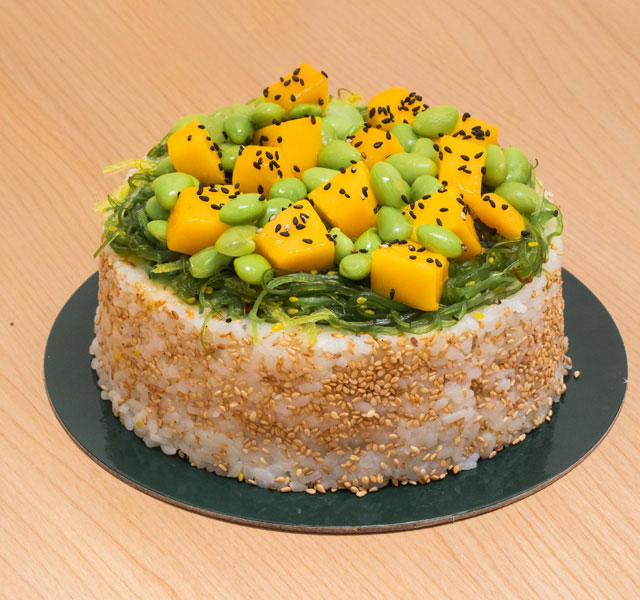 The Spicy Sushi Cake (P1,299) is great for spice fiends with salmon, tuna, furikake, and a generous sprinkling of togarashi for maximum heat. For vegetarians or those who simply prefer to go meatless, they also have the Veggie Sushi Cake (P1,299) topped with crunchy edamame.