Don't Hold Your Pizza By The Crust, Fold It Instead!

An Italian pizza expert tells us we've been eating it wrong this whole time.
by Catriona Harvey-Jenner | Oct 16, 2016
Post a Comment
Featured

Alright, this isn't going to be the most important thing you'll learn on the internet today, but anything related to pizza is important enough to grab my attention so I may as well share it with you.

You've been eating pizza wrong all your life. And holding it wrong. WRONG WRONG WRONG.

I feel like it's my duty to tell you because I don't want you going to Italy and being sniffed at by the locals because you're evidently not one of them. In the same way you shouldn't use a spoon along with a fork to eat spaghetti if you're going to get all traditional, you may as well know now that you shouldn't hold the crust when you eat pizza.

(And that doesn't mean you should use a knife and fork either, before you start thinking wild, crazy things like that). 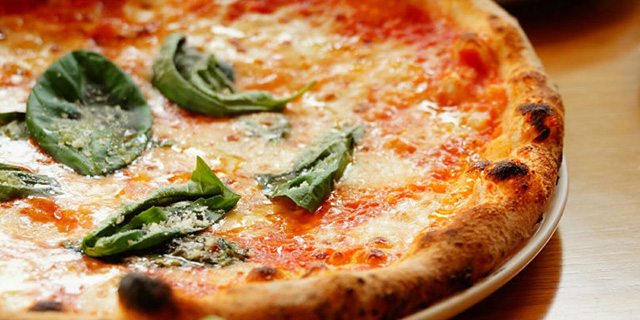 So how on earth do you do it? If you're not meant to grab your cheesy pizza pie by the dry bit?

The Manchester Evening News spoke to food writer Daniel Young, who's learned the rights and wrongs from Italian pizza expert Enzo Coccia, to gain a bit of professional insight into the situation, and here's what he said:

"The mistake everyone makes is holding the pizza by the crust. That's not to say you should grab it by the cheese-strings, but if you try to lift Neapolitan pizza by the crust the topping will slide off and you'll be left with a soggy, sorry-looking piece of dough."

You're also apparently not meant to slice it either. So how the bloody hell are you meant to eat the damn thing? It's probably cold by now.

According to Enzo, you fold it into a "wallet." Origami for pizzas, if you will. "Because Neapolitan pizza was eaten on the street, folded twice upon itself like a wallet," Young explains.

The wallet technique means the toppings will stay firmly where they belong: on the pizza (and then in your mouth), and as an extra bonus, it also means you won't get any bland mouthfuls of just dough when you get onto the crust.

I guess this means I'd best order a pizza tonight to try it out.