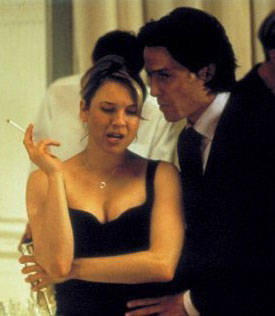 You've heard it once before: Most decent men are taken, married or gay. And from the remaining pool of eligible bachelors, there are some of them that we still shouldn’t date, unless we don’t mind being in a sticky situation. Based on my observations on relationships of people close to me, here’s a list of men you should think twice (even thrice!) about even entertaining the idea of going out with.[readmore]

Your friend's ex-boyfriend: This is very tricky. They've been separated for a while now but you and her man have kept in touch. Then suddenly, there's this more-than-friends vibe between you two. He knows it, and so do you. You'd like to give it a shot, but you don't know if you should. In my friend's case, it worked best when she talked to her friend. She has the right to know directly from her, instead of hearing from the grapevine that she had been seeing her friend's ex-beau behind her back. Though she doesn't have a hold on him and a say on whom he can or can't date, they are friends and she deserved a heads up.

Your officemate: You see each other everyday and go on group lunches. Before you know it, you start having solo afternoon coffee together. He starts openly flirting with you, and you let him. The difficult part with dating someone at work is if and when it goes sour, as another friend's situation turned out. It would have been better if they were in different departments, because there's less chance of friction later on, especially if they don’t find themselves interacting professionally. But, in their case, they have common friends at work and it got awkward when they're fighting and not speaking to each other or, worse, when they broke up. The only way this would probably work is if both are mature enough to be able to separate their personal from their professional lives, regardless of the status of their relationship.

Your superior: Dating a boss or teacher is usually frowned upon and, in some cases, against the office's or school's policies. But how can one help it if she's attracted to older men and seem to get along with them better than men her age? A friend back in college who had a thing with her professor thought it best to wait until she graduated. A workplace scenario is trickier, however, especially if it involves an immediate supervisor. I see two options here: If there's nothing going on yet, it might be easy to nip it in the bud immediately. But if you've crossed the line, I would imagine the safest move is to have yourself transferred to another department. Upper management, not to mention other colleagues, won't think nicely of you or your man when they find out about this little romance, especially if you work so closely together.