In Pursuit Of Higher Education

Thinking of taking up post-graduate studies? Take a few cues from our blogger, Sheng, who's thinking of doing the same.
by Angela Vera | Jan 3, 2010
Post a Comment
Featured

SAN FRANCISCO - The city of Berkeley in California was one of my favorite hangouts during the time I spent gallivanting about in the States in 2007. I'd take a train to go for visits once a week, during which I'd duck into music shops like Rasputin and Amoeba, dig up secondhand and first-edition copies of hard-to-find books in hole-in-the-wall stores such as Moe's and Cody's (which has already ceased operations, as I discovered today), check out tie-dyed shirts and other weird merchandise of hippie street vendors along Telegraph Avenue, and try out the weirdest headpieces at Berkeley Hat. 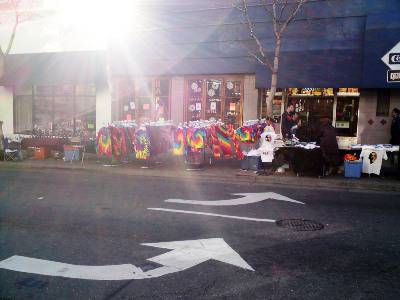 A walk along the colorful Telegraph Avenue leads you to quirky finds.
[readmore] 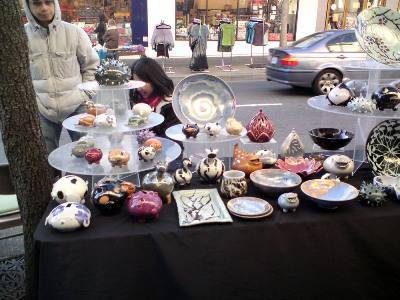 Down the road are bargain shops for stocking up on books and music.

I'd say most of the twenty pounds I put on (from 95 to 115!) was a direct result of snacking at Berkeley as well, in places like Arinell (the best New York-style pizza), Jupiter (where they serve terrific honey-wheat ale), Yogurt Park (for when I'm pretending to be healthy), and Tanaka (only when I have the money). If I wasn't shopping for CDs or books, I was either eating or thinking where I'd eat next.

But the main attraction of the city for me was campus life. The University of California Berkeley is steps away from the train station, and I spent many sunny mornings there sprawled on the grass and reading amongst other students, pretending I was one of them. 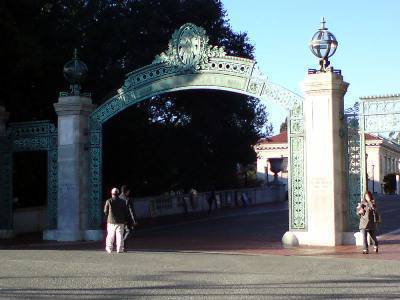 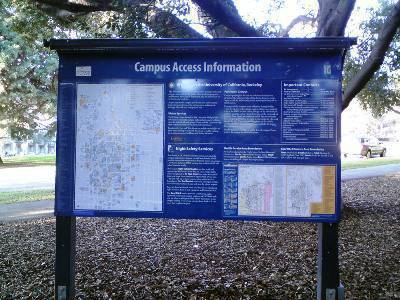 UC Berkeley has a big campus, but it’s pretty easy to learn the layout from walking around. The Sproul Plaza is my favorite spot, from where you can see the Sather Gate, one of the school’s most prominent landmarks.

School life is something I very much miss, and I still haven't given up the dream of taking up graduate studies one day--in UC Berkeley, if not in NYU (which is still my first choice--I love New York). My original plan was actually to take up my masters immediately after completing my bachelor's degree in Creative Writing (admittedly not the most lucrative career path, but it seems to be what I'm meant to do). However, the majority of my professors advised that I try working and living a little first, so I switched from looking for a graduate school to finding a job.

Completing a higher degree of eduction is not really mandatory, but it does have advantages. It allows you to gain specialized knowledge on your chosen field--something that the broader scope of undergraduate studies doesn't cover. There's also the plus points it adds to your CV. And, most importantly for me, it develops better study and work ethics, because you can't slack on it like you did in college (I most certainly did).

Some of the pros to attending graduate school right after finishing your undergraduate degree are: 1) it allows you to carry over the momentum of senior year, particularly when it comes to research work because you've just finished your thesis; 2) you won't have to go through the back-to-school readjustment period, unlike those who opt to work first; and, 3) the professors from whom you can get letters of recommendation are easier to get hold of, and they still know you from recent classes.

However, I decided to get a job and get a life first, because as somebody who wants to become a writer, I realized that talent and theoretical knowledge can only work for your writing to a certain extent; drawing material from seeing and experiencing the world is also an integral part of the equation. Also, I wanted to experience student life from the perspective of a more mature and driven person, so I could focus my learning toward achieving the goals I want to surpass as a professional.

Lastly, I wanted to make sure I was on the right path as well--a two-time shiftee like me can never be too careful.

I've been thinking a lot about graduate school the past year (most especially during the stressful weeks leading up to the holidays, as a reprieve from work), and spending time in Berkeley again has made me more certain that it's something I want to embark on in the near future. Turns out waiting a while before going back to school is bound to pay off. Hopefully, I'll go back a more focused student and a better one, having been a student of life first.

In the end, I think that's the first step toward higher education.