Pets really have a way of making their ~humans~ feel less alone during quarantine. They’re fun to have around and can really help you destress when you need to take a breather from the WFH setup. Aside from playtime, it’s equally important to learn the responsibilities that come with being a pet parent. Below, Pinays share what they’ve learned about taking care of dogs and cats at home:

“You need to understand what you’re getting yourself into before you get a dog.”

Marian Lizan grew up surrounded by family dogs, but it was only last year that she got Milo, a Golden Retriever. She has learned that dogs have different needs. “It’s really important that you read about the breed that you’re getting before you take them home.” From her experience of caring for Milo, Marian realized how demanding puppies could be. “They will really get on your nerves, but they don’t mean it intentionally. They’re just really curious and playful.” 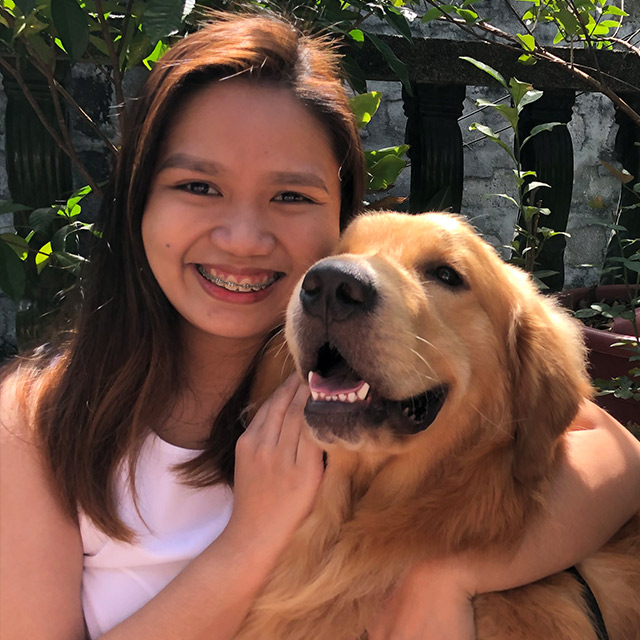 “I learned how to be responsible with money. Her needs come before mine now.”

Getting a cat was a conscious decision for Gwyn Nalica who has a Highland Fold cat named Blush. “I’ve always wanted to have a cat—ever since I was in high school,” she recalls. “But I waited until I got a job to ensure that I can give my pet a comfortable life.” Gwyn has set aside a budget for her cat’s food and vitamins. Upon consulting a vet, Gwyn discovered Royal Canin food that’s perfect for Blush. “I noticed that her (Blush) coat became softer and shinier. She also loves how it tastes and would always leave her bowl squeaky clean! It’s hard to find another brand where quality nutrition and palatability come in the same pouch,” she shares. 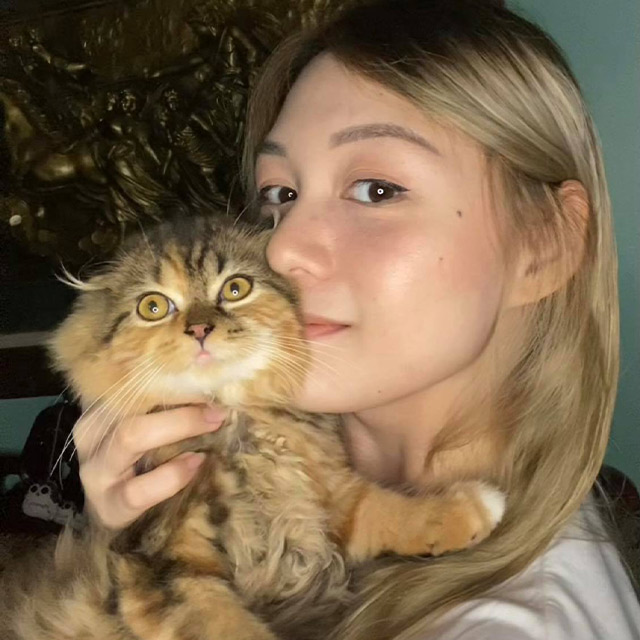 “He gets needy when I'm busy or he barks when we're all asleep, but it's all worth it.”

According to Chab Ocampo, her mom has always wanted to adopt a Maltese but only got around to it during lockdown. When they finally got Bagel, it made Chab realize that training inside pets does require lots of patience. She doesn’t mind, though, because things have since turned for the better with Bagel around. “Instead of feeling trapped by the pandemic, we have someone [like Bagel] who helps us cope and keeps us busy.” 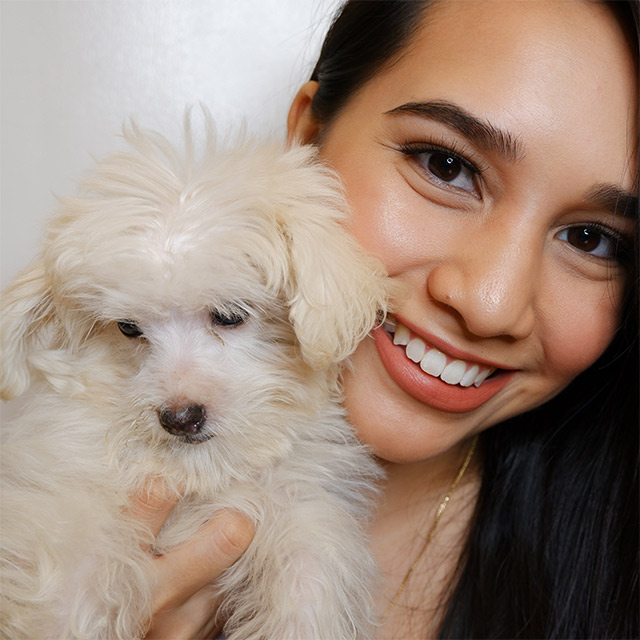 “If it weren’t for my dogs, I would have broken down almost every single day. They have been my support system through and through.”

Myleen Coronel has long been convinced that she’d make a great pet parent after spending time with her late grandparents’ super cute dogs. Now she has her own like Ruffles (an American Cocker Spaniel), Pugsly (a rescued Pekingese dog), and Keira (a recently adopted Siberian Husky). Truly, these dogs kept Myleen company during these uncertain times. “The quarantine has been one of my biggest stressors. I found myself having panic and anxiety attacks,” she reveals. “Whenever [my dogs] feel that I’m starting to get anxious, they would stay by my side so I can hug them until I have calmed down.” 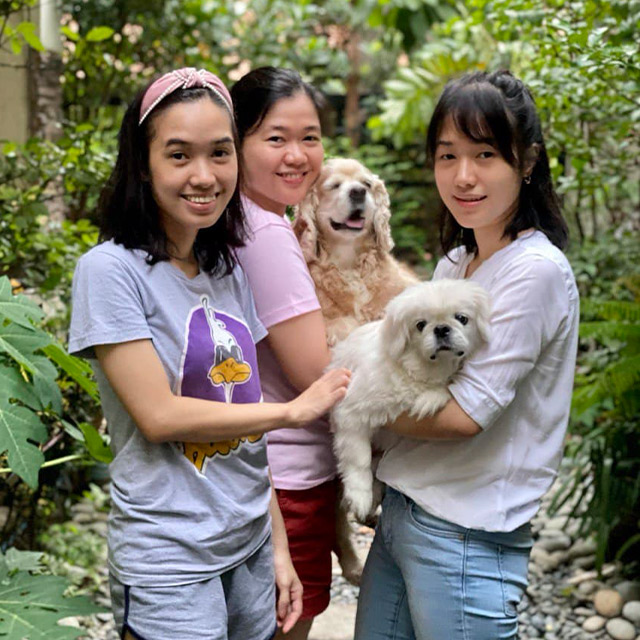 “TBH, the only con I see is that I don't have enough [space on the bed] when sleeping because she takes more than half of it.”

Most pet owners would probably agree that one of the best things about working from home is having their pets around all day—and Trish Dumlao can attest to this. “I super love it when I get surprise visits from my dog whenever I'm busy working in my room,” she shares about Summer, her Golden Retriever. “It's as if she knows when I'm super stressed so she finds a way to really comfort me.” Despite her hectic sched, Trish makes sure to bond with Summer and attend to her dog’s needs like taking her to the vet for a regular checkup. “It might be hard at times to understand their needs, but you'll get the hang of it eventually,” she says. 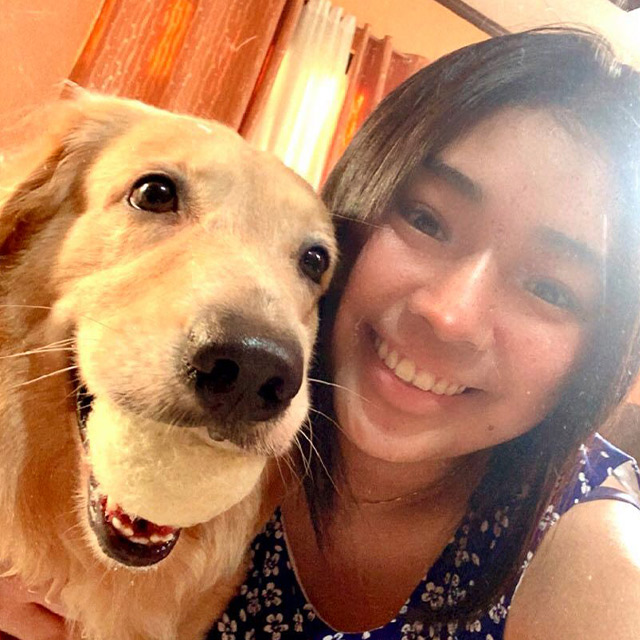 “Your dog can’t tell you they’re feeling off, so it’s up to you to spot any changes and consult your vet right away!”

Patricia Chong has an adopted cat called Aya, as well as two dogs who are on the opposite ends of the spectrum—the quiet Charlie who’s a Cavalier King and the extra energetic Pow who’s a Corgi-French Bulldog. Attending to Pow, Patricia says it felt like starting over because it’s been six years since she and her family last took care of a pup. “We had to relearn how to train a puppy, how to allot more time for play. He (Pow) also happens to be the most hyper dog we’ve ever had, so we were all caught off-guard by how he never seems to run out of energy.”

Patricia also points out the importance of being observant so one could quickly identify if something is off with their pets, and eventually seek the help of a vet. “Charlie, for example, has allergies that got worse with time—which is why we eventually switched him to Royal Canin Anallergenic Dry Food to help address his itching.” 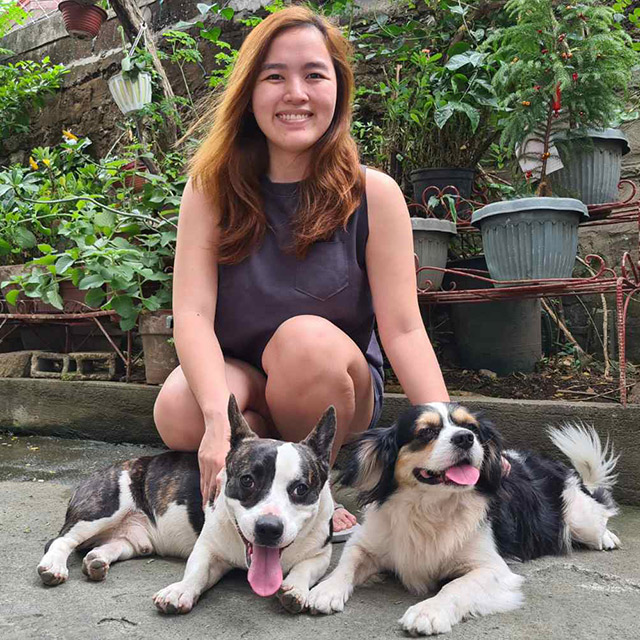 “They’re part of my monthly expenses!”

Going out without our pets means missing their company and, well, sometimes coming back to a mess of a house. And that rings true for Joyce Montinola but she has learned to just laugh off the messy part that comes with having a Siberian Husky named Hi and a Mini Pinscher called—wait for it—Hello. She loves looking out for them and catering to their needs no matter how kulit they get. She says, “They’re part of my monthly expenses!” One of the things she has been constantly spending money on? Good dog food. “Since they were puppies, Hi and Hello have gotten used to eating Royal Canin food.” 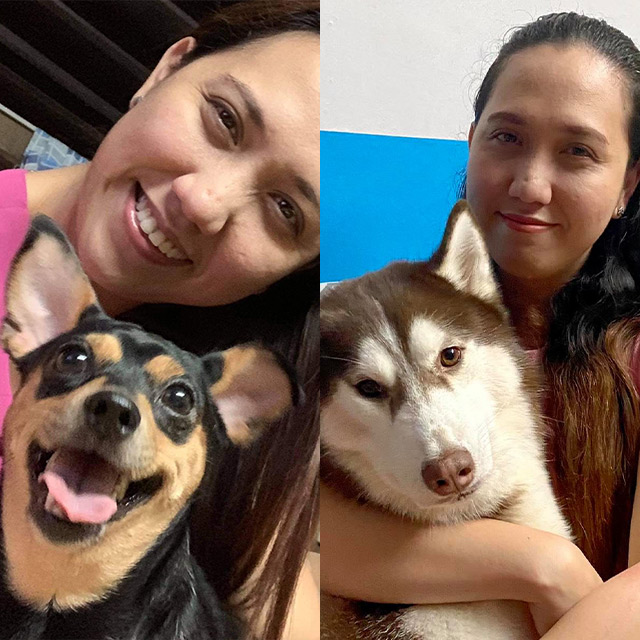 Indeed, we need to pay attention in providing the right food options for our pets especially during the early stages of their lives whether as puppies or kittens. How we take care of our pets in the present would manifest when they grow older and bigger. Royal Canin can be your partner in giving tailored nutrition to cats and dogs alike through carefully-formulated food products which can help address your pet’s needs every step of the way.

This article was created by Summit Storylabs in partnership with ROYAL CANIN.
Shop the items in this story!