9 Things You Should Never Do At A Wedding

Other than not wearing white, of course
by Sarah Weinberg | Jul 5, 2017
Featured

It's important to hop aboard the good manners train when you're attending a wedding. What you do can majorly affect someone else's big day, and you just really don't want to ruin the mood. Here are nine things you should totally avoid for the night.

1. Don't pull up a chair to the happy couple's table.

It's touching for newlyweds to have meaningful face time with all their friends and family, but they'll do their best and make the rounds. If they've opted to have a private table, let them enjoy the alone time. No one wants a third wheel on the happiest day of their lives. 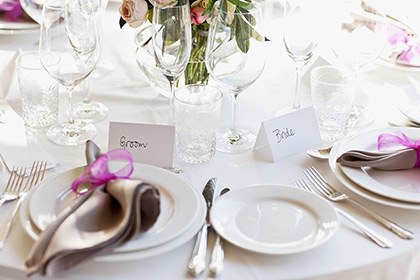 2. Don't hoard all the appetizers

They're already paid for so you're not racking up a bill on anyone else's tab. That said, when the bride's lola didn't get to try any of the bacon-wrapped prawns because they were gone in three minutes, everyone's eyes will be shooting daggers at you.

3. Don't make fun of the bride and groom's drink choices

Yes, it's a silly trend, but if they're available to order, it likely means the bride and groom (okay, maybe just the bride) spent weeks debating the drinks. Don't crush her soul by taking about it behind her back.

4. Don't complain about the food

This is not a five-star restaurant, and even if your salmon tastes a little overcooked, the couple (or even worse — the parents if they paid for the wedding) will be mortified to see guests so unhappy. 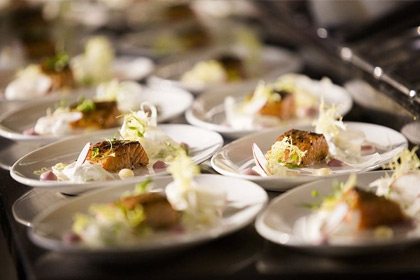 5. Don't take (too much) advantage of an open bar

The drinks are there for you to loosen up, toast the bride and groom, and have a good time. No one wants the bartenders serving you free shot after free shot, only so you can end up in the bathroom, head over the toilet, complaining to the groom's niece that love is all a lie.

Not only will you upstage the bride, you'll be tempting fate. White clothing is a magnet for food spills, and a messy scene-stealer isn't a look we'll be attempting any time soon.

The bride may have other ideas for it — like collecting the charms she attached to the stems or pressing the flowers for her bridal album. Always ask before swiping the most beautiful flower arrangement you've ever seen. 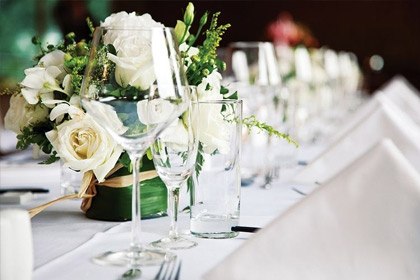 Do you know how long it takes to organize the perfect mix of friends, family members, and guests you had no choice but to invite by table? A looong time. Even if you hate everyone you're seated next to, eat a quick dinner, then mingle after you're done.

Or try not to anyway.