Three Types Of Men To Avoid

If you're currently working the dating scene, steer clear of these dudes; we're sure they're familiar to you.
by Holly Eagleson | Oct 8, 2009
Post a Comment
Featured 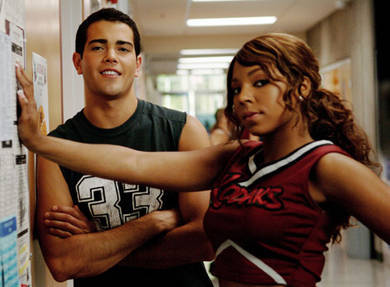 Because of my previous post, that nasty lawyer I dated briefly (who broke it off with me via text) crossed my mind again. I realized, while I haven’t been out in a while (I’m getting married to my boyfriend of five years), I could properly categorize chumps that women in the dating scene should steer clear of. I am assuming these warning signals will still hold water for a long time coming. Beware of…
[readmore]
…The "Busy" Big-Shot Flake

I once met Mark* through a group date. (This was around the time after my Blind Date Boo-Boo.) He was a successful finance guy who partied/went to college in Boston, who had a brimming platter of back-to-back activities. I was impressed: I’d never dated anybody so…high profile? My circle at the time consisted of co-writers and editors, struggling artists, and bohemian rockclimbers. Yuppies were like aliens from outer space.

One time he asked me, “What do you spend your money on?” I was baffled—because he meant it on a level of cars, interior design, or maybe even investments. I was a young editor on a young-editor salary. I 'splurged' on Starbucks and shelled out cash for pulled clothing and accessories I wanted to keep, which also explained why I was always broke. Oh yes, and I also paid rent: the concept of which was as alien to him as crunching numbers was foreign to me.

Suffice it to say we became quite fond of each other. I was amused by his world and, with his sheltered upbringing, he was amused by mine (“This is the age of women who drive themselves!” he once exclaimed, referring to my very 'independent' way of living by not having a driver. Okay…) He had so much going on, all these grand plans for himself. He spent Saturdays running big errands, like scouring dealerships deciding on what car to upgrade to or shopping for Scuba gear.

Here’s the catch: He filled up his plate so much that I kind of fell off the menu. He told me he just got carried away at first, but he wasn’t ready for a relationship (we were actually both rebounding from long-term exes).

One Friday night he called to check in and said, “Hey, I’ll call you back in five minutes.”

He called back the next Friday. And then I never heard from him again. 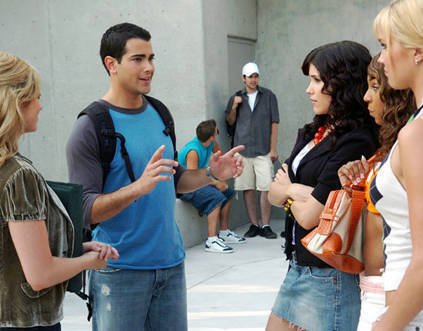 Ah, Raffy*…I’ll never forget him. Why? He was dreadful! But of course it took me almost four months to figure that out. Raffy was the lawyer who swept me off my feet by playing the role of the perfect suitor, and his stories played out perfectly, at least in the beginning.

“How many girlfriends have you had after Elaine*?” I asked.

“Oh, wow.” I’d assumed after getting his college girlfriend, Elaine, knocked up, he had a whole roster of lady loves. Two was quite a conservative number, judging from his reputation of being a Class A flirt.

Naive as I was (and remember, since I shy away from lying, I am quick to assume people around me do the same) I never questioned his stories. Two ghosts of girlfriends past it is, plus the mother of his child. Surely I could handle that.

Despite later on noticing a large circle of women friends, long and intimate phone calls with them—he would promptly put the phone down as I entered the room—and even going as far as seeing him walking around law school side by side with one of these friends(?), I kept dating him. I brought him food and candy during study sessions and practically became his bar exam caretaker.

The thing with us women is that we persist and persevere in an effort to make something work, even if it means putting up with bad behavior, dealing with immense stress, and going against our gut. And for all those months, my gut kept screaming, “No!” Even my beloved, sharp-witted grandmother, who’s never met him, promptly gave him the thumbs down.

Raffy turned out to be stressful to be with, selfish, insecure, hostile, uptight, and not anything like he was during the courtship stage. I always had to take freezing showers at his apartment, because he wouldn't turn on the heater, fearing his electric bill would go up. It didn’t help that the bar exams brought out the worst in him: he yelled at me on the phone and treated me like…gosh, I don’t even remember; the details are lost on me. All I can recall is this general feeling of dreadfulness.

Eventually our relationship deteriorated. Yes, at the very end, via SMS. A few weeks after the ‘breakup’ (we never really got together officially as a couple), I bumped into one of his friends, who assumed we were still seeing each other.

She asked, “Hey, are you coming with us to the beach?”

“Oh, no. Raffy and I aren’t seeing each other anymore,” I answered.

“Oh, I’m sorry to hear about that. Did he ever mention that I was his ex-girlfriend?”

“Really? Um, no…” I trailed off, thinking how this girl was definitely not on the two-girlfriends list.

And then I wondered: So how many ‘undeclared’ girls did this guy have? I never really found out. 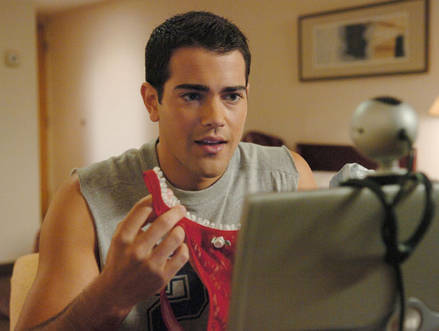 Josh* was absolutely hot. At least that's what I remember from when I first laid eyes on him eons ago. He had the perfect rocker, bad-boy vibe: rugged Doc Martens, pierced ears, and a perma-five o’ clock shadow. He was also smart, diligent, and graduated on time (I didn’t, by the way).

Years later we would actually start hanging out. I thought I’d found a kindred spirit in Josh: We were both relatively ‘weird,’ eloquent with our thoughts and were able to put into words our feelings about the world and music—but unfortunately not our feelings for each other. I could never figure him out. He was just so…elusive.

One time, we went running. While stretching post-workout, he asked:

“Yup. And I’m having dinner at home.”

Talk about unpredictable. I thought he was going to suggest grabbing a bite somewhere.

This went on for a couple of weeks. He would call and ask how I was, and then abruptly say goodbye. Or send an SMS, and never reply to any follow up texts.

I finally snapped out of this "Does he like me?" hot-and-cold reverie when I bumped into a hot(ter) model whom I haven’t seen since I’d worked with him at a shoot a few years earlier. We flirted all evening at an event, and exchanged numbers by the end of the night. He promptly text-messaged. But he turned out to have a girlfriend (oops) so we never dated. What I took away from the experience though was that if a guy were into you, he’d show it—CLEARLY. He would even go out on a limb to make you feel like royalty.

Bottomline is, the E.D.K. either likes you but makes you work hard for it; or is conflicted enough to give you mixed signals. You’ll need a lot of pushing, prodding, walking on eggshells... But is that really what you want? I mean, if you enjoy a challenge, why not try Capoeira? Or train for a marathon? A relationship (or the beginnings of one) should be fun, lighthearted, and breezy. If you’re already working so hard now, can you imagine what it’d be like when this guy is actually your boyfriend?

On the flipside, the elusive guy may be acting the way he is because…he’s not into you (you’ve already read this so many times, right?). So move along. As in the case of Josh, he was acting strange and lukewarm because he was actually already seeing somebody else: a married woman whose situation already merited a barrage of drama in his life that I had absolutely nothing to do with! Don’t ask how I found this out; that qualifies for another (embarrassing) Cosmo Confession post.

In retrospect, I’m not bummed by the dating choices I’ve made in the past. In fact, I feel enlightened by these experiences. After all, with every glitch comes a lesson and realization that eventually leads to the right path, and God-willing, the right man.