A transgender woman opens up about her struggles with being accepted by the people in her life.
by Kiam Pimentel | Aug 18, 2016
Post a Comment
Featured

"Ever since I was little, I’ve always known that I was a girl. It may be hard for other people to wrap their heads around the idea that a person assigned balls and a penis at birth can grow up to identify as a woman, but just take a look at me and all the other transgender women around you for proof.

As a child, I loved girls’ clothes. Barbie dolls. Paper dolls. I was never interested in what my big brothers had as kids; I wanted what my big sisters had. My stepmom, who raised me, had somehow always known about my identity because she would buy these cute caps with pigtails sewn on for me to wear. 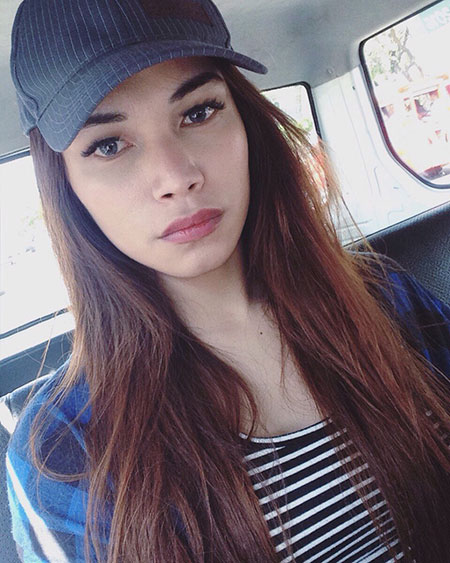 I belong to a decent, respected family in my hometown of Davao del Sur. When my dad was still alive, he was a well-known doctor there, so of course he had expectations for his children. But as I grew up, my dad knew I was going to turn out differently from my brothers, which worried him. He tried to discourage me by telling me cruel things the world would do to me—not to be mean, but because he cared a lot about me and didn’t want me living in a world that could not accept me.

However, I never really changed my ways despite my dad’s warnings. I’d continue playing with makeup, squeezing into teeny girls’ shorts, and wearing wigs my stepmom bought me. Finally, when I was 14, my dad said he’d accept me just the way I was—but on three conditions. He made me promise that I’d graduate with a college degree; have respect for myself and make sure that if I was going to be a woman, I should be treated as one; and make sure that I would never let any guy date me just to take advantage of me financially. I agreed to all of his conditions, and I was happy that my dad had finally accepted me.

I started my transition at 14 years old, and it was my father who helped me get mild anti-androgen pills, but not before schooling me on its side effects. When I was 17 and studying at a college in Davao City, I eased further into my transformation by taking stronger anti-androgen pills and adding estrogen pills to my regimen. At the same time, I also learned more about applying makeup and began to wear more feminine outfits.


Despite my being different, I had a good childhood and teenage life. A little bullying and discrimination here and there—even from my brothers, who would call me 'bayot' (Cebuano  for 'gay') when we’d bicker as kids—never really stopped me from doing what made me happy, which was just being myself. 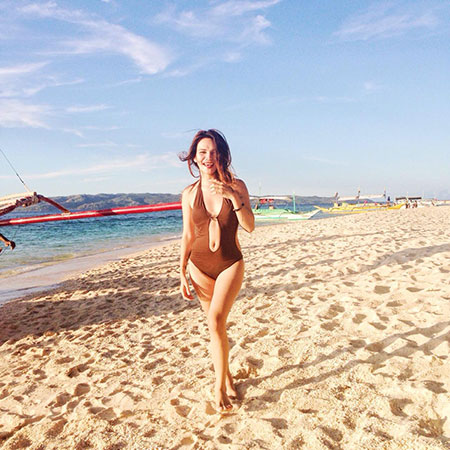 But things began crashing down on me when my dad died just a few months before I was to graduate from college at 18. He was the only person I really wanted to impress; I wanted to prove to him that people like me could actually have a place in this world. I was devastated when he passed away.

At around the same time, I got in an LDR with an American guy I met online. He was my very first heartbreak. He cheated on me countless times with other trans women—both when he visited me in the Philippines and when he went back to the States.

My heartbreak, compounded by my dad’s death, my siblings all growing up and moving on with their lives, and not being able to find a job in the field I wanted because I was always discriminated against in interviews, made me suicidal. I slit my wrists a number of times. The last time I did it, I bled profusely. I don’t know what would’ve happened to me then, if not for one of my sisters walking in on me.

Slowly, I pulled myself up out of that dark hole I had fallen into. It was also around this time that I met my next boyfriend who was a Filipino. Although he was an amazing guy and I would go on to date him for three years, I realized how hard it is for trans women to date Pinoys. A lot of Filipino men fetishize us, try to get money off us, won’t woo us yet hit us up when they’re feeling horny; and refuse to be seen with us in public or introduce us to their families or admit to being in a relationship with us. And the few times they throw us crumbs of affection, we latch on to them and make them mean more than they should because we just want to be loved the way girls are loved.

Every time I’d experience rejection from a straight man, I’d have bouts of self-pity where I’d berate myself for masquerading as a woman. With all the guys I had dated, I had always been upfront that I was a trans woman pre-op (one who has yet to undergo gender reassignment surgery), and obviously that hadn’t always worked to my advantage. But I chose to stick to my guns. I would rather accept the fact that these men aren’t into people like me than lie about who I am just to get love from a guy. 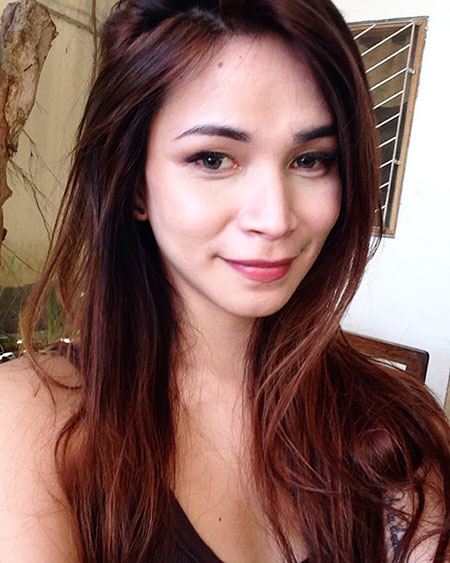 Which brings me to the topic of my private parts. Ever since I was a kid, I’ve always wanted to have a vagina, and the lack of one always made me feel like a toy with a missing part. But as I grew older, I came to the conclusion that, while it’s still a dream for me to have a woman’s privates, my genitalia doesn’t really define me as a woman. What makes me a woman is who I am as a person and how I am to other people.

I will never forget what this one person told me: 'You having that is what makes you special; if you change that, then you will become just like all the other women out there. It doesn’t make you less of a woman; it’s still a matter of preference dating-wise and you will still find someone who will like you just the way you are.' Maybe I’ll change my mind and go in for surgery later on, but for now it really doesn’t bother me nor does it bother the men who actually show genuine interest in me.

Right now, I’m dating a German guy long-distance, and it’s going great. He loves me just the way I am and doesn’t pressure me to go under the knife to be more feminine. The Western men I meet who are actually into trans women, they find that the extra 'tool' I have is an advantage. I don’t go after them because they’re good-looking or because they have money, but because they prefer me just the way I am. And it always feels good for a lover to accept all of you—whether you’re male, female, or LGBT.

I hope my story inspires other trans women, especially the younger ones, to be strong and to love themselves, because love from others won’t always come easily to us. The trans people I know have the biggest hearts because they’ve experienced how hard it is to prove to everyone that we are here, that we are humans too, and that we are not so different from what other people consider 'normal.'

I could never imagine a life not being who I am. And even if my struggles to be accepted were far worse than I’ve been through, I would still choose to be myself, over and over again."