There are certain locations and settings commonly shown in K-dramas that have become easier to spot for fans. There’s most likely a scene in a café or a chicken restaurant, one in a park or a bamboo forest, and one in a department store or luxury boutique. And in case you've noticed, somehow there’s also been a growing trend of bookstores or libraries being featured in K-dramas.

READ MORE:
This Gorgeous Public Library In Korea Is A Must-See 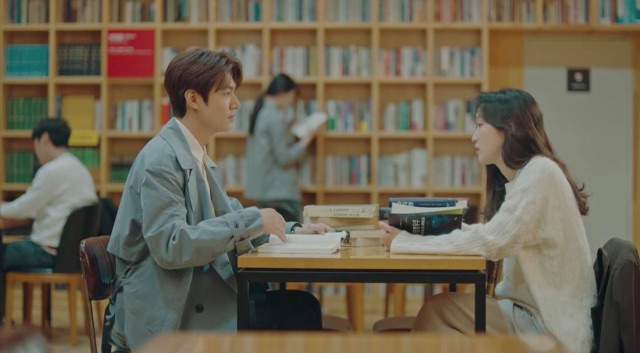 There’s no denying that South Korea has a lot of gorgeous bookstores and libraries to film in, so it’s not surprising that their dramas as of late feature a lot of these double tap-worthy reading spaces. They’re just so pretty! It will make you wish there was a library here in the Philippines that could rival them. Although actually, there is! And it just opened in Sorsogon.

Heart Evangelista took to Twitter and Instagram Stories yesterday to flaunt Sorsogon State College’s new public library and its design is just as gorgeous as those featured in K-dramas like What's Wrong with Secretary Kim? and Ko Mun Yeong's very own study room in It's Okay To Not Be Okay. Many netizens pointed out that the space also feels like that of the libraries in Ivy League universities abroad and public libraries in Seoul or Melbourne, Australia.

What made the IOTNBO comparison even more interesting is how Heart took some OOTDs in the library that are somewhat reminiscent of Seo Ye Ji's style in the said drama.

We can only hope that a library like this would open up in Manila soon, too! Until then, we're adding this to our must-visit spots in Sorsogon.