Planning your dream honeymoon? Here are some of the most popular choices!
Feb 14, 2014
Post a Comment
Featured

Agoda.com, one of Asia’s leading hotel booking sites, announced the results of its Global Honeymoon Survey which was conducted online in January and February 2014. Over 15,000 Agoda.com customers were asked to pick their dream honeymoon location from among 20 destinations.

Interestingly, a whopping one in five travelers chose the Maldives as the top global destination. The Greek Islands, Paris, and Bali were neck and neck for second place.

It was discovered that Filipinos primarily favor European cities, with Paris listed as the number one honeymoon destination and Italy as third.  It was also noted that Pinoys are attracted to beach destinations, with tropical islands such as the Maldives, the Caribbean Islands, Hawaii, and Bali rounding up the top 10.

The complete list of the Top 10 Honeymoon Destinations for Filipinos below: 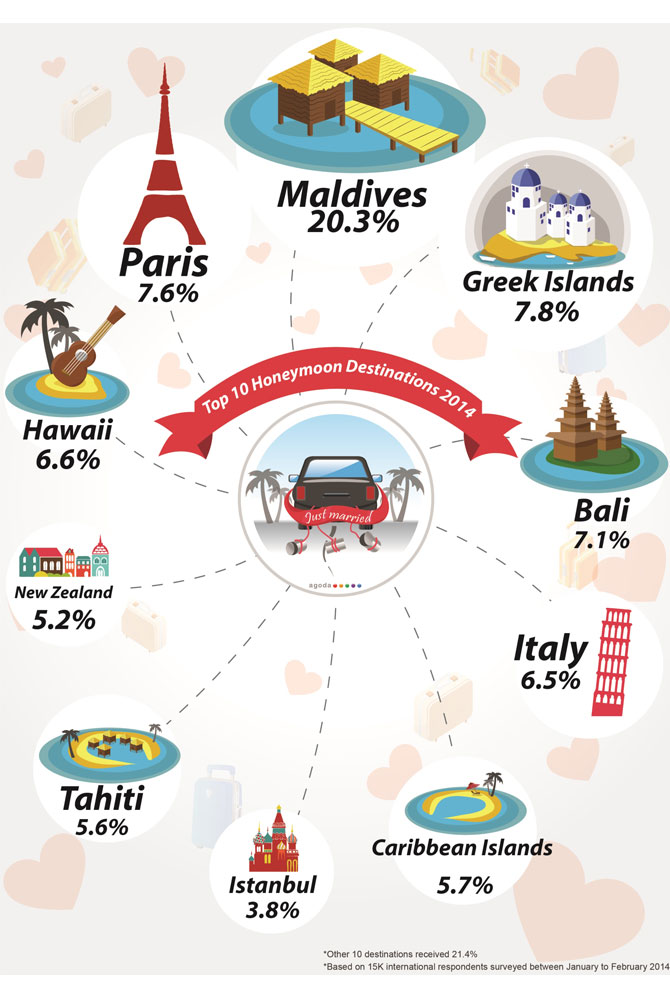