WATCH OUR VIDEO SERIES!
© 2022 Cosmopolitan Philippines
Sorry, no results were found for
Travel

If you've ever had your luggage lost in transit, you'll know how annoying it is. Especially if it's on the way to your holiday destination, because wearing one pair of underwear for seven days isn't a particularly appealing thought.

I lost my luggage once. Typically for me, it couldn't have been at a worse time; I was going skiing and needless to say, the leggings, top, and thin sweater I'd worn on the plane weren't exactly going to cut it warmth-wise on the slopes. But I hounded and badgered those airline staff until I was finally reunited with my bag on the second-to-last day of the holiday (again, just my luck), so I really can't imagine how lost luggage ever goes unclaimed.

Somehow, though, it does. Either by people who are too rich to care that a bag full of their prized possessions is probably still circling the baggage carousel in a country they've never set foot in, or by people who—tragically—just never managed to track their suitcase down.

But have you ever wondered what happens to luggage that goes unclaimed? Is it just a perk of the job for airport staff to get dibs on whatever pair of shoes they fancy? Or is there a sad little crematorium for lost possessions never to be found?

Thankfully, The Telegraph did some investigating and now we know. It turns out airports store unclaimed baggage for 90 days before they get rid of them, which is a legal requirement. The items then get auctioned off, with the proceeds going to charity. Who knew they were so generous? 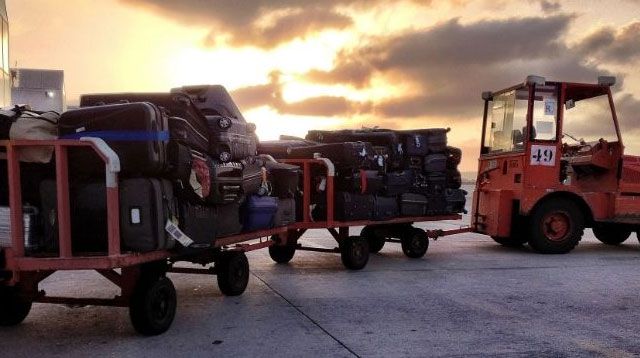 To be fair, whichever charity were to get the money from any lost luggage of mine would get a bum deal; I don't think anyone would want to cough up for my faded jeans and three-year-old sandals.

But it seems I'm not alone—one auction house employee told The Telegraph "it's dirty clothing and bags, mainly." Ahh. So they probably don't get much pickup. But still, life-changing information, don't you think?