Here's where you have the best chance of seeing the northern lights.
by Angelica Gutierrez | Feb 15, 2018
Post a Comment
Featured

Watching the aurora borealis can be a magical, once-in-a-lifetime experience. While the northern lights are notoriously elusive, seeing them can make the trip well worth it. Winter provides the optimal conditions for viewing the northern lights, so the best time to go would be between December and March. The auroras are easily drowned out by light pollution, so it's best to venture out of the city on a cloudless night, during the dark phase of the moon.

Charles Deehr, an aurora forecaster at the University of Alaska Fairbanks Geophysical Institute, advises tourists to "dress warmly, and plan to watch the sky between 10 p.m. and 2 a.m. local time, although an active period can occur anytime during the dark hours. Active periods typically about 30 minutes long, and occur every two hours, if the activity is high."

Even with several websites providing aurora forecasts, the northern lights can be very unpredictable-it's possible that you might not see them even if you go during the right season and time of night. For this reason, aurora viewing tours often give you the option of joining them on another night if the northern lights don't appear.

Given this, travel blogger and aurora-chaser Jennifer Dombrowski says it's best to go for the destination, not the northern lights. That way, you'll enjoy all the other attractions your chosen town or city has to offer, and seeing the northern lights will be an awesome bonus.

The following destinations are aurora hotspots offer numerous northern lights tours to choose from. At the same time, there's so much to do and see that you won't feel cheated if the aurora borealis doesn't appear. 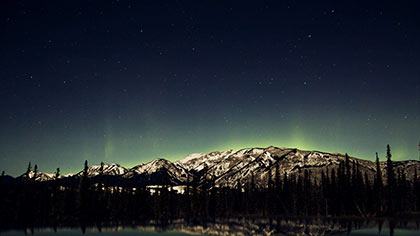 As the capital of the Yukon, Whitehorse is the perfect base from which to explore the rest of the region's breathtaking nature. It offers all sorts of winter activities like dogsledding, snowmobiling, and ice fishing. You can also take a day trip to the Yukon Wildlife Reserve, or find respite from the cold at the Takhini Hot Springs. 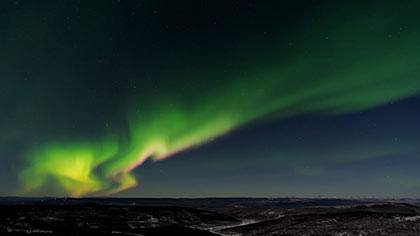 Given that scientists study the aurora borealis at the Geophysical Institute of the University of Alaska Fairbanks, we'd say it's a pretty good place to catch the northern lights. Hotels around the city offer wakeup calls for when the aurora borealis appears. Spend the daytime discovering Native Alaskan culture at the city's museums and heritage centers, or try your hand at panning for gold. 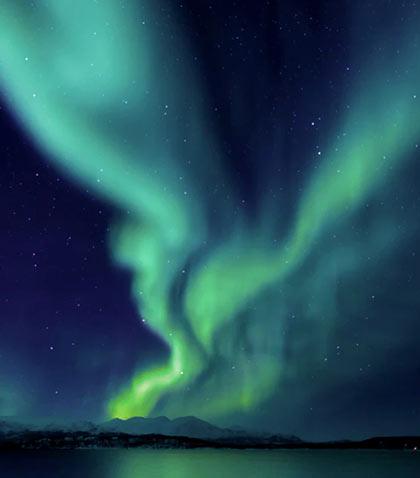 If you or any of your kids are still obsessed with Frozen, you'll love Abisko. Experience the culture of the Sami, the indigenous people known for herding reindeer. Stay at the world-famous Icehotel, or take a day trip to Narvik to see the stunning mountains and fjords of Norway. 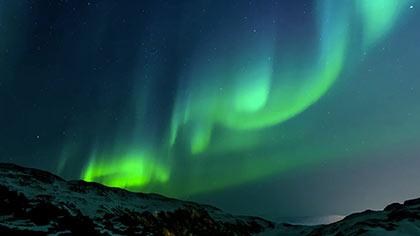 This northern city is famous for its charming Christmas markets, so visit during the holiday season if you can. Don't miss your chance to go whale watching. If you love your whiskey, head up to the Lyngen Alps and check out Aurora Spirit, the most modern and northernmost distillery in the world. 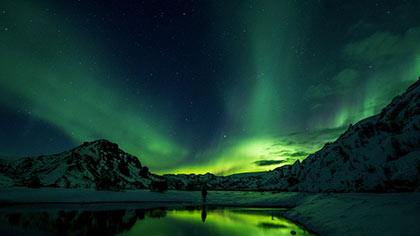 The capital of Iceland is definitely a destination in and of itself. Even if you miss the aurora borealis, you can still catch the Winter Lights Festival in February. Experience the Viking Sagas at the Saga Museum, or visit the Perlan Museum to explore an ice cave and enjoy panoramic views of the city.

We've limited our list to the most interesting and accessible cities, but there are plenty of towns in Norway, Iceland, Canada, Alaska, and Sweden with regular aurora borealis sightings. A good rule of thumb is to stick with northern towns that offer viewing tours-if you've heard of the auroras appearing further south, don't expect that to happen this year.

The reason why the auroras have shown up at lower latitudes over the past few years all has to do with what causes them to appear in the first place. When charged particles from the sun come into contact with the earth's magnetic field, this causes magnetic storms which are visible to us as the aurora borealis. These charged particles are also known as a "solar wind."

"There is always some solar wind coming off (think of steam off of a cup of hot tea), but there are times when the activity on the surface of the sun concentrates this wind and the speed and density of the wind are highly increased," says Donald Hampton, research associate professor at the University of Alaska Fairbanks. "When one of these events happens and it runs into Earth's magnetic field we get what is termed a magnetic storm, and the normally somewhat complicated processes that lead from the solar to aurora displays become much more intense."

"One of the consequences of strong magnetic storms is that the region where auroral displays occur expands equatorward so that people in southern Canada and the northern United States can see activity," Dr. Hampton explains. "When we have more average solar wind, with the right parameters, we see the aurora here in Alaska and in northern Canada. The solar wind activity changes on an 11-year cycle, from what is called solar max to solar min. We have just come through a solar max (peaking around 2014), and are rolling into a solar min. As far as I can tell the aurora is largely in the same position as it has been since we have been measuring it."