Why I Plan On Being A Dishwasher 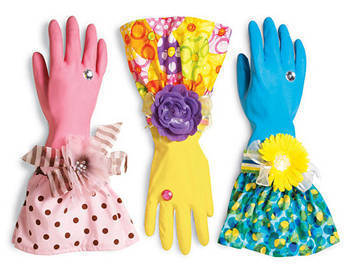 Stylish dishwashing anyone?
As much as I have big dreams and fantasies of being a prolific writer and novelist who works from home—"home" being either a lavish apartment in an NYC high-rise or a cozy, modern home in the Hamptons, a la my "friend" Ina Garten—I still have to make a living to sustain the lifestyle I want.

So when my head isn’t above the clouds, my practical side emerges. I am aware that down the line, I might have to take on a second (or third) job that is non-writing-related. Right now, I’m at a comfortable place in terms of reaping some seeds I’ve planted in New York and working on blogging projects. I keep thinking, though, that if I were to apply for another job, it would be that of a dishwasher in a restaurant.

Shocked? Let me explain.
[readmore]
A few years ago, I was talking to a prolific photographer in Manila who specializes in lifestyle, travel, food, and still-life assignments. If you knew him, you would find his demeanor very mild and steady—making him a joy to work with because not only is he a great photographer equipped with tip-top technical skills, he’s also 100% drama-free.

One time, as he was quietly shooting beauty products in the conference room, somebody (was it me?) asked: “[Name of photographer], how come you like shooting products?” This is in light of several shutterbugs opting to do more location-centric fashion and beauty shoots.

“I like shooting products because they don’t talk,” was his answer. “They’re just there.”

I am guessing he meant this literally: Unlike models, stills didn’t require to be tediously prepped, and one needn’t engage in small talk. I liked this line of reasoning.

In relation to my dishwashing dreams, that is the same logic and point applied to this seemingly silly endeavor of mine.

When I first moved to New York and while waiting for my ‘dream job,’ I worked for three months in a Japanese restaurant as a hostess/maitre ’d, ushering hungry patrons to their tables. If I had better dexterity I probably would’ve also applied as a waitress—servers earn way more than hostesses—but I constantly feared breaking glasses or spilling food on the floor, or worse, on people.

Being in the front lines of the resto scene was okay for those months, but I wouldn’t go back again. Nothing against the job (it kept me afloat back then), but I believe I’ve had my fill of hungry, irate people who needed a table NOW!

I figure, if I were a dishwasher at the very back of the kitchen…