Why You Should Learn To Say "No"

Being a "yes" girl all the time will leave you resentful and overwhelmed at one point. Here's how you can turn people down gracefully and devote more time to yourself!
by Cosmopolitan US | Nov 29, 2011
Post a Comment
Featured 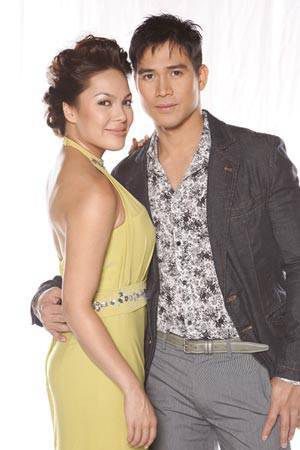 Can you totally relate to KC? Do you wish you learned how to say no early on to have saved yourself a whole lot of trouble much later? Why does saying "NO" pose such a problem anyway--even for a seemingly strong and confident woman like her?

It has to do with a misguided impulse to play nice that doesn't do anyone any good, least of all you. Turns out, you'll have a better relationship with your friends, your guy, and even your boss if you say "no" more often. By the time you're finished reading this, you'll want to tattoo it on your forehead--so as not to run the risk of breaking down later on.

You can blame no-phobia at least in part on the way the mind is hardwired. A study of female college students shows that when they cooperated on a project, the reward center of their brains lit up. So last week, when you reluctantly agreed to help your roommate shop for a new LBD? Your brain may have been craving that helper's buzz the same way you crave for a bar of chocolate.

It doesn't help that, culturally, girls are taught that being accommodating will make them more likeable. "As adults, women still fear that saying ‘no' will be interpreted as uncaring, and no one wants to come off that way," explains Yvonne Thomas, PhD, a psychologist in Los Angeles. But, occasionally being viewed as a bitch is preferable to the consequences of saying "yes" too often.

When you're reluctant to say "no," the biggest loser is you. You push your needs further down on your to-do list in favor of someone else's--like if you let a coworker guilt-trip you into proofreading her report, then you end up missing your deadline.

"You make things worse for yourself and convey that you don't value your own priorities enough," says Beth Wareham, author of The Power Of No. Before long, people will realize that you can be persuaded to carry their slack. You'll get asked to do more and more favors. Each time you give in, your quality of life suffers.

The people closest to you will suffer, too. When you agree to dog-sit for your cousin, it subtracts time from seeing your guy or your friends, which breeds resentment on their part.

Finally, your yes habit reinforces other people's helplessness. Let's say an ex asks you to be his date for a wedding--making it harder for him to flirt with single female guests. By saying "no," you'll give him a chance to move on.

The general rule: Keep it short and direct. "I'm sorry, but I can't right now" works because it sounds polite, says Thomas, yet there's no room for negotiation.

On the other hand, explaining yourself too much and being wishy-washy--"I'm honored you want me to be your bridesmaid, but my work sched might be too tight for me to help you out"--leaves wiggle room for a pushy person to keep pressing you, says Wareham. A more definitive turndown: "I'd love to, but my schedule won't allow it."

When it comes to saying 'no' to certain people, you need to be more strategic.

Take your boss, whom it's never smart to refuse outright. "Frame your 'no' by saying, 'I'm excited to do that project, but I may not do a great job because there's so much in my inbox. Could you help me prioritize?'" says Nicole Williams, author of Girl On Top. "This shows that you are on her team and want to ace it, but so much is on your plate, you may not be able to." Saying "no" will leave you in better standing than if you'd accepted the assignment and done a less-than-stellar job.

Perhaps the most brilliant tactic is to master the preemptive "no": when you get a hunch someone is about to ask a favor and, before they do, you go on the offensive. A friend gripes that she has a million things to handle before she moves? Deflect her with "I know! I'm so swamped too or else I'd offer to help you myself." Just remember not to mention that you spent the weekend weeding out your closet.