The fresh-faced hottie and this month's Man On Fire dishes how to win any guy over with 10 sweet gestures. See the behind-the-scenes photos from his shoot!
by Gianna Banzon | Sep 25, 2012
Post a Comment
Featured 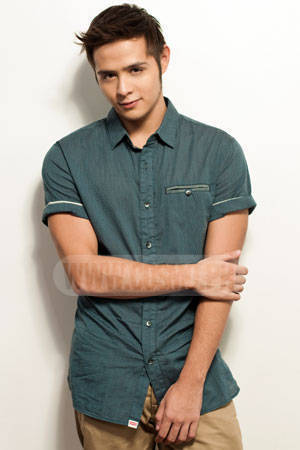 With his mischievous smirk and bad boy stance, you'd think Martin del Rosario is up to no good. But don't let that devilishly handsome demeanor fool you; turns out, this rising star—and Cosmo Bachelor 2012!—is a romantic who knows exactly what he wants from a woman: some good old TLC!

Martin's path to stardom started in 2007, when he was picked to be one of the new talents of Star Magic. His latest onscreen gig is ABS-CBN's Pintada, where he plays a young student who falls for his teacher. It may be a scandalous character to play, but the 19-year-old looker is no stranger to controversial roles, having played gay roles earlier in his career in shows like Maalala Mo Kaya and Rosalka.

Want to see what went on during his Man On Fire shoot? Check out the gallery to see all the behind-the-scenes photos!

Grab a copy of Cosmopolitan Philippines' September 2012 issue with SOLENN HEUSSAFF on the cover, OUT NOW! Virtually flip through our online teaser to see what else we have in store for you this month!