She posted a throwback video of her and John Lloyd happily on vacation.
by Leo Balante | Jan 27, 2018
Post a Comment
Featured

Just recently, Ang Dalawang Mrs. Reyes star Angelica Panganiban made interesting allusions to an ex-boyfriend who was allegedly taken from her by a third party. Angelica, in her string of promotional stops, had addressed questions about infidelity in line with her movie's theme on her video show. While she hadn't directly identified whom she was referring to, netizens were quick to pick up hints and immediately linked these to John Lloyd Cruz.

Interestingly, yesterday, Ellen Adarna, John Lloyd Cruz's new girlfriend, uploaded a throwback video of her and John Lloyd on vacation, which many interpreted as her response to Angelica's statements. The 29-year-old Home Sweetie Home actress also posted a clip on her IG stories that intrigued netizens. In the video, Ellen and her group of friends were singing "Pero Atik Ra," which might be directed at Angelica.

Ellen and John Lloyd have never publicly admitted being in a relationship amidst all the talk about them, including a reported baby coming their way. However, Ellen, through an IG comment, responded to a user confirming the relationship—as if the videos and the posts aren't enough. 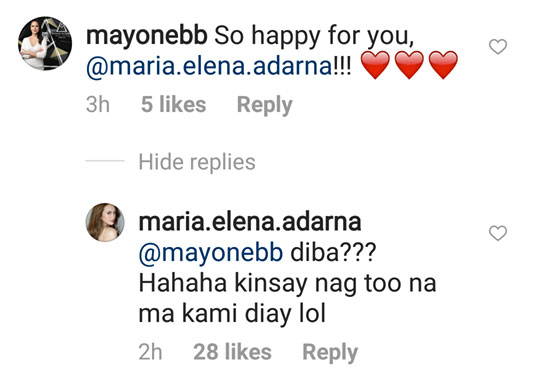 Ellen's reply translates to: "Right? Who would have thought that we would be together?"