25 Signs He'll Be A Good Boyfriend 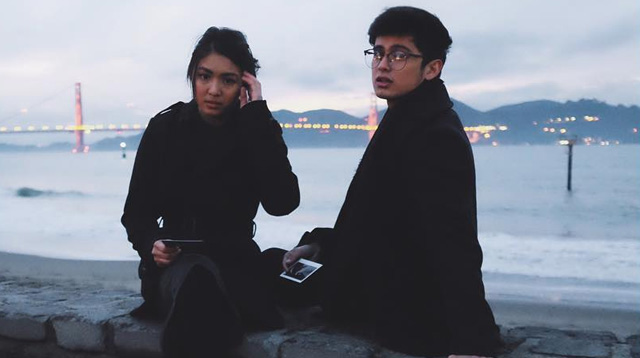 1. He asks about how your friend Bea is doing after her breakup.

Him caring about your friends and asking about them later not only shows that he's a caring person, but he's invested in your life and the people in it.

2. After he met your BFF for the first time, he was like, "Do you think that went well?"

You don't want to end up with a guy who's like I don't care if your friends hate me, they suck anyway. That's just a logistical nightmare and is surely going to end in some severed ties with people you really care about.

3. When you bring up that your boss is being rude to you at work, he doesn't sigh and roll his eyes because you're "complaining again."

If he can't sit through a five-minute tirade about a lame work situation, he won't be able to sit down with you when something seriously big goes wrong.

4. He's polite to waiters and cashiers and doesn't do that awful thing where you yell "BILL OUT BOSS!" across the restaurant.

It might have been cool to date the guy who was sweet to you but an asshole to everyone else when you were 13 and bullies were kind of sexy, but that sort of relationship doesn't hold up in adulthood. Don't date a man-bully who could very well turnaround and bully you if you piss him off.

5. He doesn't desert you at his friends' parties.

It's okay for him to encourage you to be friendly with his friends, but it's not fine for him to have an exclusive conversation with Mike while you sit alone awkwardly on the couch.

6. He always offers to share the last slice of pizza with you and then doesn't say anything when you "accidentally" eat way more than half of it.

If the last slice is sacred enough for Drake to rap about it in a love song ("You could have my heart or we could share it like the last slice"), then it must be a real sign of a potentially great romance.

7. He doesn't manspread across your entire schedule and take over your whole world.

It might be flattering if the guy you just met wants to spend all his time with you, but if he's really invested in who you are as a person, he'll encourage you to be your own person and hang out with him when you both have time.

8. He's genuinely interested in (or at least good at faking it) your long, rambly stories about family vacations you took as a kid.

Instead of getting frustrated and impatient when you talk for 10 minutes about that one weird trip you went on in 2007, he's excited to hear about what happened after that fight you had with your little brother in the backseat of the family van.

9. He doesn't get upset when you say you need some alone time.

You would understand if he needed some, and he doesn't want to take over your life anyway.

Because he's compassionate and empathetic, and realizes saying things like that make you feel little and stupid, and a good boyfriend would never do those things.

11. He makes you feel like a hot babe all the time.

You don't want to spend a significant amount of time with a guy who makes you feel insecure or question whether or not he's attracted to you.

12. He has female friends who aren't just a collection of women who've seen his penis before.

If other girls (who aren't exes or former flings) like him enough to be his friend, he's probably a good guy that you'll also enjoy spending time with (and kissing a lot).

13. He gets really excited when you hit it off with his best friend Jason, just like he knew you would.

14. You don't find a million texts and missed calls on your phone from him after spending a night out with your girlfriends.

This is a red flag of a potentially obsessive or manipulative guy. NOPE.

15. He doesn't try to act hard and pretend he doesn't have feelings when he's around you.

Mature adults shouldn't be afraid to say things like, "I like you" or "I think you're really cool."

16. He texts after work to see how that meeting with your boss went.

It would be annoying AF for him to be texting you every 10 minutes when he knows you're busy all day, but checking in later shows he cares the right amount.

17. He doesn't rush you out the door when you're trying to make sure your lip liner is perfectly applied and not smudged.

He might do a little bit of gentle ribbing about how slow you are, but he shouldn't shame you for taking your time and trying to look good. That's rude.

18. When he screws up, he's quick to apologize instead of letting you stew in your anger for a week and a half.

Stubbornness is actually an incredibly unattractive quality, and it only makes little fights turn into enormous ones. And a good boyfriend typically tries to avoid enormous fights.

19. And when you screw up, he doesn't hold a grudge forever like some sullen teen.

If he isn't perfect, he can't expect you to be perfect, either. He forgives.

20. He has interests and hobbies aside from dating you.

You want to date a person, not a pre-packaged boyfriend. That gets so boring so fast.

21. When you're hanging out, he talks about things he wants to do with you in the future, even if it's just the near future.

22. He doesn't immediately start acting like your boyfriend after hanging out one time in a friend's back yard.

Going from zero to 100 real quick is a good way to end up crashing and burning before the relationship ever gets started. This guy gets to know you. You know, like an adult person.

He isn't trying to follow any bullshit dating rules about waiting three days before texting or calling. He just likes you, period.

24. He's clear about his intentions early on, instead of leaving you in is he a hookup or a boyfriend? limbo for forever.

If he doesn't know what he wants and doesn't figure it out in a reasonable amount of time, he probably never will.

25. He gets excited about showing you things he likes.

Not because he wants you to be his weird female twin, but because this is the best part of having a good girlfriend.