5 Guy Talk Traits You Should Know

When it comes to communication, men and women aren't always on the same page. In fact, they're not even in the same book! Cosmo shares a few facts to help you understand your boy better.
by Stephanie Booth | Jan 26, 2010
Post a Comment
Featured 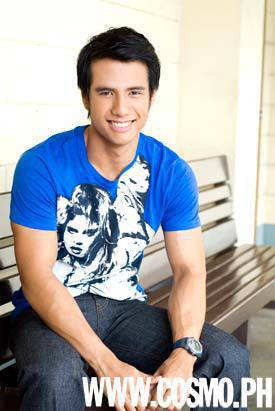 It’s no secret that guys and gals have very different ways of communicating. And when it comes to love, if you can’t decipher what your partner is really saying, your relationship is headed for a roadblock. So to help, we’ve nailed five breakthroughs that will enable you to read the subtitles on his guyspeak and will help him get you, too.

“Once you understand what makes your partner tick, you’ll each have a much better chance of being heard and understood by each other…and of getting both your needs met without a whole lot of game playing,” says Yvonne Thomas, PhD, a licensed psychologist in Los Angeles. Not only will you boost your love connection, but you’ll also actually be able to translate his native tongue when he’s trying to tell you how much he adores you.

Think about how football players congratulate each other after a win: high-fives, butt slaps, and Gatorade dumped over one another’s heads. Suffice it to say, men like to be praised in a totally different way than women do. “While females rely on gushy words to show their affection, guys take action,” says Thomas. “They steer clear of verbalizing praise because it’s not ‘manly.’” So when you flatter your man with a lot of flowery admiration—no matter how sincerely—he’s unsure of how to respond.

To compliment him so he feels it, save the sappy stuff for your girlfriends and adopt a less-is-more attitude instead. Short and sweet lines (think “I had no doubt you’d get that promotion!”) will mean more to your man than raving about how he’s Manila’s next multi-millionaire. Another way to give him props without making him cringe: Surprise him with a gift, like a new polo shirt, or a bottle of wine. It doesn’t have to be extravagant, just relevant.

And just because he enjoys low-key snaps over love sonnets doesn’t mean you have to sacrifice getting a little worship. The key: Tell him straight up exactly how much his attentiveness means to you. “After months of fishing for compliments, I finally said to Andy, ‘Look, you know how much you love it when I surprise you with tickets? That’s how much I love hearing you say you like my new haircut or that you think I’m hilariously funny,’” says Cristy, 28. “Bingo. He finally got it.” Fact is, your guy really wants to make you happy, but he’s not always sure how. So give him a little direction and reap the romance rewards.

Let’s say you and your guy have just had amazing sex. You’re curled up in each other’s arms, enjoying the post-booty buzz, when two things happen simultaneously: You’re overcome with an urge to confess that you’ve never felt closer to him...right as he’s closing his eyes to enjoy the afterglow.

Before you assume that he’s not feeling the bond, remember that the way men and women experience intimacy is essentially opposite. While women tend to put a talking soundtrack to intense moments, guys want to be in it without the running commentary. “Summing up an experience enriches the event for women,” says James Houran, PhD, director of psychological studies for True, an online relationship service. “But men don’t place the same emphasis on dialogue.” So while you’re recapping, he’s thinking, “Why rehash this? We just did it!”

So how can you strike a balance between sound and silence? By finding ways to relish the moment...together. Carrie, 27, discovered one: “My boyfriend likes to crash after sex, while I want to talk. So, I sometimes suggest we have a shower. We get to be all close and cuddly, so I’m happy and forgo the conversation. And he’s happy because he can just be without all my blabbing.” Bottom line: When you can thoroughly enjoy an intimate moment with your man without compromising the way he likes to enjoy it, you’re truly sharing it together.
[nextpage] 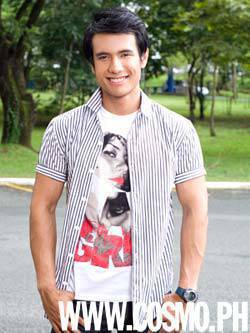 3. Dudes Don’t Have To Hash Out All Of Their Probs

When her boyfriend lost his job, Annie, 25, tried to offer consolation. “I’d ask, ‘How are you feeling? Are you okay?’ because that’s what I’d want people to ask me. But every time I raised the subject, James just brushed me off.”

This reaction is a typical guy approach to a crisis. Women circle around dilemmas with discussions to tackle them, but men prefer to skip the chitchat and fast-track to the solution. So while Annie wanted to work through the impact James’s job loss was having on his self-esteem, his only interest was in an action-based resolution. “Men confront problems in a linear, pragmatic fashion, step-by-step. And if it’s a super-emotional issue, they require time and space to process what to do,” says Bill Lampton, PhD, author of The Complete Communicator.

But despite these differences, you can help your guy (and appreciate the way he tries to help you). First, condense what you need to say into a soundbite, suggests Lampton. “Avoid a big-picture approach to viewing a situation that addresses too many issues at one time or else you’ll lose him.” For instance, instead of trying to analyze whether your just-fired guy sees a future in his chosen field and thinks he still will in five years, toss him a few concrete questions, like did he enjoy going to that particular job every day? He’ll feel less overwhelmed, and you’ll be relieved to get the dialogue moving again.

Once Annie stopped trying to heal James’s hurt ego and focused on the practical steps he could take to find a new job, he opened up to her and started talking. “All I did was ask if he wanted me to update his resume on my networking ideas. It wasn’t much, but I guess that was what he needed.” No coddling, just real-time help.

4. Your Crying Can Freak Him Out

Generally, the only tears guys shed are tragedy-fueled. Women, on the other hand, will well up for all sorts of reasons: frustration, fatigue, anger, empathy, sadness, and yes, even happiness. And female tear ducts are often triggered by something small (like stubbing your toe) after a series of other bigger frustrations. Makes sense to women...big mystery for men.

Take a look at it from his perspective. One minute you’re seemingly happy, the next you spill some milk and start bawling. If there’s no obvious, tangible problem to match the tears, the emotional outpouring appears to be a huge overreaction, so your guy doesn’t show you a whole lot of sympathy. The problem: This in turn hurts you.

“This isn’t about men being insensitive,” explains David Coleman, author of Making Relationships Matter. “They get frustrated because they want to find a specific problem and solve it.” When Sara, 23, had a miserable day at work and headed to the bedroom for a therapeutic cry, her boyfriend kept pushing her to tell him what had caused the tears. “When I told Tony it was nothing specific—just stress—he demanded that I tell him the ‘real’ story. But how could I put it into words? That’s why I was crying in the first place!”

Luckily, we can bridge this gender gap. Explain to your man that your crying is the equivalent of his road rage: You just need to vent. If there’s a specific reason behind your tears, let him in on what it is and what he can do to help. It may be listening while you vent, some time alone, or in Sara’s case, heading to the nearest Mini Stop for comfort food. “Once Tony realized my tears weren’t about some big secret disaster, I confessed that a pint of ice cream might help.” Telling him what you need means he won’t fixate on your tears, but rather on what he can do to make it all better.

Besides those three little words (I love you), those two little words (I’m sorry) are the most difficult to say in a romantic relationship, especially for men. First of all, it’s a closure thing. While women need to give (and hear) that verbal apology right after a fight to feel like it’s over, men don’t. “It’s not in their makeup to dwell,” explains therapist Nina Atwood, author of Soul Talk. So once the fight has seemingly ended—meaning, you’ve stopped verbally battling—they move on.

Result: He skimps on the sorries. Unfortunately, while he’s getting on with life, you’re resentful that he’s not showing remorse. The last time Jenny, 29, and her boyfriend had a blowup, she rushed to apologize. “It was the night before our vacation, and I didn’t want that ruined,” she says. Brian accepted her apology but never said sorry back. Three days later, she lost it. “I accused him of being an egomaniac who didn’t have the guts to admit he was wrong...and Brian had no idea what I was talking about. When I reminded him of our fight, he laughed and said, ‘You’re still stewing over that?’”

What’s a girl to do? Look around to see if he’s been showing you he’s sorry in other ways. While women rely on hearing those words of regret, men are more inclined to show it. “For a guy, your hurt feelings become a problem he needs to fix, and men do that by taking action,” says Atwood. Plus, buying you flowers or treating you to dinner is a lot easier on the ego than begging for forgiveness, though the sentiment is the same.

Since the goal of any sorry is to heal the hurt of the incident, says Atwood, if he chooses to express it in some other heartfelt way, accept it. Hey, if it means he washes your car without complaint, what’s the biggie? And if he’s not displaying any signs of remorse, he might not realize the toll your tiff has taken on you, so just explain you’ve been bruised and ask for a verbal apology.