So the relationship didn't work out. Bummer. But it wasn't a total disaster. Your ex's biggest legacy are your lessons in screening your next big--and better--love.
by Kerrie Simon | Oct 2, 2012
Post a Comment
Featured

Breakups are weepy affairs that guarantee us three things: puffy eyes, extreme bouts of nostalgia, and lifelong lessons. While breakups leave us too weak to function like a normal human being, ironically they also make us stronger in the long run, opening us up to lessons and truths that we wouldn’t have learned otherwise. Here, Cosmo readers share the important lessons gleaned from their ex-lovers. 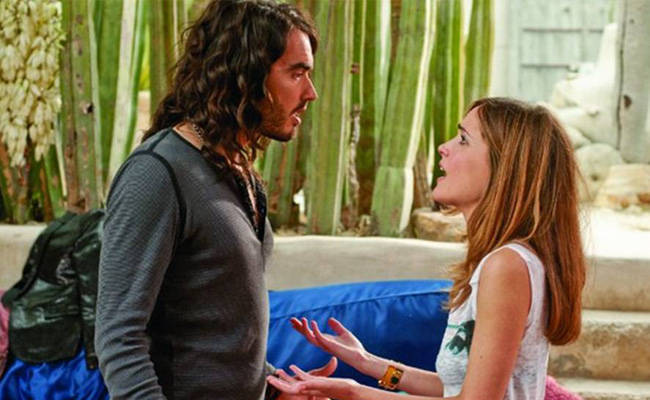 1. Believe what your friends and family say about him.

“From the get-go, my family and best friends didn’t like my then-boyfriend Christian. He was easily branded as a ‘bad boy’ with his pronounced swagger and penchant for booze and cussing. I thought they hardly mattered. Besides, I knew him the most and believed he truly loved me. I went as far as turning my back against my family just to be with him.”

“As my relationship with Christian progressed, I slowly realized how temperamental and moody he was. The littlest things pissed him off, and he would snap at me for no reason at all. He was forcing me to do things I didn’t want to do—for example, I wasn’t ready for sex, and yet he would still insist. I was starting to see what my fam had always been telling me: He was just not the man I thought he was.”

“The breakup left me heartbroken, but it also made me realize one thing: Your family and friends’ opinions count. We’re blinded when we’re in love, and people around you, especially those who care about you, can see things which you can’t.”

2. Don’t build your life around a guy.

“Carlo and I were together for three years. All my dreams back then were all Carlo-centric—I was that excited to start my future with him!”

“Then, a discovery shattered my world: He turned out to be gay, and was naturally no longer in love with me. I didn’t know what to do. He had been my world for the past three years, and to hear it straight from his mouth that he wanted me out of his life was just too much to bear. After our breakup, it took a while before I regained my composure and my old self. I was disoriented most of the time. I had to cancel all my previous dreams and come up with new ones. It was as if I had to start my life all over again…and this time, I was about to face my future solo.”

“Lesson learned from my highly traumatic relationship? Don’t make him your world. Don’t build your life around your partner, because when you part ways, nasira na rin buhay mo. You should live your own life and build your own dreams, even when in a relationship.”

“Bert was the ideal lover…or so I thought. But, he left me for another woman, and it made me feel so sorry for myself.”

“I realized, however, that I wasn’t letting go without a fight. He had left me for a less attractive woman, and this enraged me. Hindi hamak na mas maganda ako! That pushed me to win Bert back. I’d show up at his doorstep, looking sultry and seducing him unabashedly. He’d respond to my advances, but the sad thing was, he still didn’t leave her to come back to me. Soon, I grew tired of the chase and decided to leave him be.”

“So, kapag ayaw na sa iyo, huwag mo na ipilit. You should know until when it’s still worth fighting for. After that, let go. This is the hardest part. Think: No matter how much we give, no matter how much we love, these still wouldn’t be enough if it wasn’t meant to be. Stop wasting your time thinking  ‘kapag ginawa ko ’to, baka balikan niya ako.’”

“I forgot all my previous heartaches when I met Randy. I thought he was The One. I had always been insecure about my looks, so it mattered a lot that he was making me feel valued and special. For once in my life, I believed I was beautiful and worth a man’s time.”

“Eventually, though, things didn’t work out between us. Our breakup was a mutual decision, but deep inside, I was freaking out. I was about to say goodbye to the only guy who believed I was beautiful.”

“My friends tirelessly tried to change my perception, convincing me that I was indeed beautiful. I even had to subject myself to makeovers, just so I wouldn’t feel bad about myself. Eventually, I learned that I had to believe I was beautiful on my own. I should be the first person to believe that.”

5. Go for a guy who knows what he wants in life.

“Jericho and I had an almost perfect relationship. As a couple, we truly clicked.  The only glitch was, Jericho, even though he was seven years older, still didn’t know what to do with his life. He kept juggling from one career to another. He wanted to be a filmmaker, but at the same time, he also wanted to become a doctor, writer, professor, and even a politician! I was very supportive of his dreams, but his indecisiveness was starting to put a strain on our relationship.

“Soon, we broke up. He was too busy figuring out his life that he forgot to take care of our relationship. I realized I didn’t need someone like him who was unsure of what he wanted to do. I learned that for a relationship to work, both parties should already be comfy with the lives they’ve set for themselves.”