5 Things You Didn't Know Could Hurt Your Bond

Think being too meek and doting is going to strengthen your relationship? Think again!
by Beth Whiffren | Aug 31, 2009
Post a Comment
Featured

No matter how enamored a man is of his woman, there are a few common girlfriend habits that can rub him the wrong way. And the scary thing is, they are the very loving actions you think make your connection stronger.

“Some of the most damaging relationship behaviors are actually those things that you assume are good for your bond,” says psychologist Paul Coleman, PhD, author of How to Say It For Couples. “By avoiding them, you can prevent-or reverse-any inadvertent harm you may have caused.” Luckily, we’ve pinpointed the five key faux pas you may be unwittingly making…and formulated some quick fixes.

1. Getting in supergood with his friends

Click with his crew and you’ll rock your guy’s world. But get in too tight (as in having them all join your Facebook network or confiding in them about your personal issues) and you could be committing a love flub.

“Men don’t develop close ties as often or as easily as women do,” explains psychologist and life coach Michelle Callahan, PhD. “They need time alone with the good friends they do have to preserve that sense of having an inner sanctum.” When you become emotionally intimate with his go-to people, it compromises his ability to talk openly to them when he needs advice or support-especially if it’s about you. If you’re with your guy every time he’s with his friends, you’re imposing, and sooner or later, he’s going to resent you for throwing a wrench into that dynamic.

To make sure your bond with his buddies is distant enough, hang with them in moderation. “If your boyfriend is watching basketball with his friends, stop by for a beer, but don’t stay all afternoon,” says psychologist Bonnie Eaker Weil, PhD, author of Make Up, Don’t Break Up. Instead, spend the rest of the day with your friends so you don’t miss out on the bonding time you need. You’ll naturally become less intimate with his boys and strike the right buddy balance. 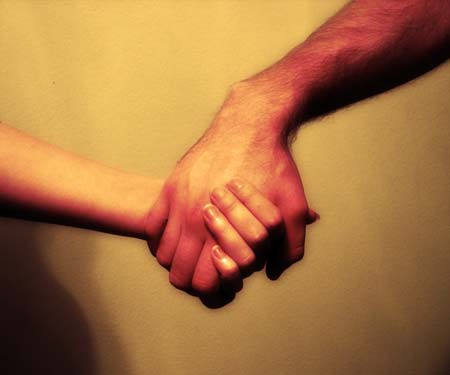 Sure, sometimes it’s okay to roll out of the sack, throw a baseball cap on your bedhead, and spend the day wearing his old shirts. But here’s a tip: Make that the exception, not the rule. “Many women convince themselves that men prefer partners who are low-maintenance in every way,” says Coleman. “But that’s not accurate: While most guys do like a woman who isn’t hard work emotionally, that attitude doesn’t apply to her appearance.

Remember back when you first got together, how you always made that extra little bit of effort: shaving daily, slathering on a great-smelling body lotion, and protecting him from your ratty underwear? As time passes and you feel more comfortable with a guy, it’s natural to let your grooming slip. “But just be aware that he’s noticing that change,” says Coleman. “Men are very visual, and when you don’t spend as much time on your appearance as you did in the beginning, some of the spark goes out of it for him.”

Moral: Glam up your everyday look with alluring little touches like sexy lip gloss or those low-rise jeans he loves, and then really vamp it up every once in a while to drive your man wild and remind him how much he digs your action. “It ensures he sees you in a sensual way, not just as someone he likes to hang out and relax with,” says Coleman.[nextpage]

3. Never putting him in his place

Your dinner reservation was for 8PM, but 25 minutes later, you’re still waiting. The bar staff has begun laying bets on whether you’ll be stood up when your guy rushes in with a lame “Am I late?” Do you (a) let him off the hook for the sake of a pleasant dinner, or (b) call him out on it? Smart girls choose b.

If your partner does something that really hurts or annoys you and you don’t verbalize it at the time, he’ll assume he’s gotten away with it. “Men test boundaries,” says Coleman. “They can usually tell when they’re crossing the line, but if you don’t say anything, they’ll keep right on pushing it. Eventually, that lack of feedback from your end may even cause your guy to disregard how his actions make you feel in the first place.”

Besides, there’s an added benefit to bitching him out: It kind of turns him on. “Men love it when a woman speaks up,” says Coleman. “Not letting your guy get away with every little thing communicates to him that you have self-respect, which is a very sexy quality.”[nextpage]

4. Being honest all the time

It’s official: Your guy can’t always handle the truth. Fact is, sometimes little white lies are the way to go. “Even though honesty is the bedrock of a healthy bond, it’s not the best policy if admitting the truth does zero good and contaminates your relationship with insecurities or resentment,” says Weil. Obviously, we’re not talking big-ticket lies that can cause serious grief, as in, “That wasn’t me making out with that cute actor on The Buzz.” But when it comes to protecting your partner’s feelings, make like Pinocchio.

For example, if he asks what your parents really think of him-and they likened him to your 10-year-old nephew-keep the details vague. “Don’t get yourself tangled up in an elaborate lie that he could catch you on later,” says Weil. Get yourself off the hook by saying something like “My parents haven’t mentioned anything to me.” And there’s no need to feel guilty-guys do this kind of stuff all the time. “Men tend to be pragmatic when it comes to the information they share,” says Weil. “They really only tell you something when they have a solid reason to, and that’s a good rule for you.”[nextpage]

Being a blissed-out twosome shouldn’t mean that you’re joined at the hip, uttering phrases like “He completes me” or spouting a constant stream of “we.” (“We don’t like ketchup on fries. We prefer mayo.”) No matter how long you’ve been together, it’s crucial that you blend a little autonomy into your taken status. “If you don’t take time out for yourself, your relationship will begin to feel stale,” says Weil. “The healthiest, happiest couples feel free to spend time apart from each other occasionally.”

So when you get that itch to do something solo, scratch it. Escape for a long weekend with the girls while he hangs with his buddies, or head out separately on a Friday night, knowing you’ll be hooking up in bed. “Maintaining your independence balances your life, because your whole self-esteem isn’t riding on the relationship,” says Weil. “Plus, seeing that you have your own thing going on invigorates your man.” That’s the kind of surprise you want in a relationship.