5 Things You Must Know Before Sleeping With A "Friend"

Your friend-with-benefits may give you the most mind-blowing sex you’ve ever had, but casual coupling has its pitfalls, too. Find out what they are.
by Angela Vera | Feb 16, 2010
Post a Comment 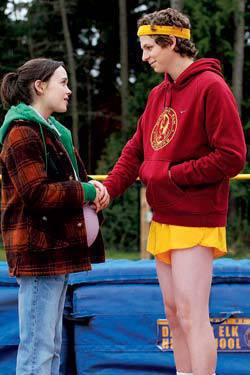 You were probably so amped over your dating freedom during college (and even beyond). And, you may even be happy with a social life that consists of a killer coed posse--including, perhaps, a guy friend whom you roll around with occasionally.

A study from Michigan State University revealed that 60 percent of undergraduates have had at least one friends-with-benefits (FWB) relationship (or FUBU for f**k buddy, if we’re going to be crass about it). Our naughty confession corner Cosmo Tell-All alone reveals that many of you Cosmo chicks have given up the booty to some “purely platonic” buds. And, while the sex-with-a-friend setup has its perks, there can be downsides, too. We spell it all out right here.

Can you sleep with other people? How often should you hang out or call each other? An FWB situation can be confusing, so you may have to set up some parameters. And that means having a “talk,” which may be what you think an FWB arrangement will spare you from.

2. You May Get Attached

When you orgasm, oxytocin (the attachment hormone) is released, which creates feelings of intimacy, so sex becomes associated with strong emotions. Plus, casual sex doesn’t always equal meaningless sex. According to a study in the Journal Of Sex Research, when you sleep with a pal, you’re more prone to engage in affectionate behavior, like holding hands (which can spark feelings of a connection), than you are with a stranger or acquaintance.

3. The Chance Of Romance Is Slim

If you do fall for your booty call, your feelings will probably go unrequited. According to the Michigan State study, there’s only a 10 percent possibility of it working out. “FWB is usually a transitional phase between relationships, often ending when one of you finds someone else,” says New York City psychotherapist Robi Ludwig, PsyD.

“If you’re on good terms with an ex-boyfriend and you still feel attracted to each other, he can be a good FWB,” says Ludwig. “Being intimate seems natural because he already knows what pleases you.” And, she points out, “the familiarity is comforting, so you may be less nervous.” Plus, there’s no danger in ruining a friendship that’s always been purely platonic.

5. The Friendship May Be Different

When the sex stops, it’s possible to stay friends with your bed buddy--36 percent of people do. But, the dynamics may change, says New York City sex therapist Joy Davidson, PhD, author of
Fearless Sex. Since you’ve established an intimate connection, the bond could deepen. On the other hand, you may feel weird around him or vice versa. Twenty-six percent of friendships end completely, along with the nooky. You have to decide if that’s a risk you’re willing to take.
Continue reading below ↓
Recommended Videos
Read more stories about