8 Touches That Tell Him Everything

When you want to communicate something crucial to your man, a five-second touch can get your message across faster and clearer than words ever could.
by Kerrie Simon | Oct 9, 2012
Post a Comment
Featured

You know that to keep your relationship strong, being able to communicate with each other is key. But, what you probably don’t realize is that you don’t always need to have a heart-to-heart, or even speak at all, to stay tight. Instead, a recent study shows that a fleeting touch (we’re talking for as little as five seconds) can express specific emotions, such as happiness, love, and anger. “Touch is one of the most primitive ways we can communicate, but it’s also one of the most effective,” explains David Givens, PhD, director of the Center for Nonverbal Studies in Washington. “It’s the first ‘language’ we learn as babies, so we understand it quickly and instinctively.”

This is awesome news for couples. “Since men are less verbal than women are, a simple gesture can have more impact on him than a lengthy conversation might,” says Givens. Read on to discover which touches will do everything from bring your guy out of a funk to prevent a fight…all without ever having to utter those dreaded four little words: “We need to talk.” 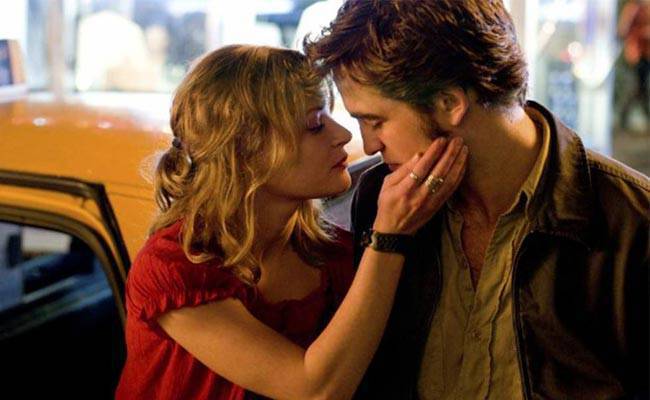 When you want to let him know he’s awesome...

PAT HIM ON THE BUTT.

To guys, the butt pat is a nonverbal way of saying, “You’re the man.” “Growing up, men are taught that this gesture communicates admiration and support,” says Givens. Just watch a game of any team sport and you’ll see athletes and coaches use it repeatedly after a big play is made. “That’s why, when you touch him in that way, he immediately interprets it as a signal of your approval,” says David Wexler, PhD, director of the Relationship Training Institute in San Diego, California.

REACH OVER AND SQUEEZE HIS KNEE (WHILE YOU’RE BOTH SITTING).

Touching his knee as you apologize makes him feel connected to you, so he’s more receptive to what you’re trying to say. “The knee is your go-to spot, because it’s neutral territory,” explains Givens. “It’s not as invasive as touching his face or arm would be, so he won’t recoil if he’s upset.” Plus, when you extend your arm to touch his knee, your body has to bend forward slightly. “This is a submissive posture that subconsciously signals to his brain that you are genuinely contrite and would like his forgiveness,” says Givens. And since you’re (very subtly) “bowing” toward him, it makes him feel validated, so he’s even more likely to accept your apology.

When you want to get him to do something he doesn’t want to do...

GRASP HIS HANDS AND COAX THEM INTO PRAYER POSITION, THEN PLACE YOUR HANDS OVER HIS.

Arranging your hands as if you’re praying projects power and control (it’s a gesture executives and politicians use all the time while speaking). “By placing his hands in between yours, you’re subconsciously signaling to him that you’re the dominant one in this scenario,” says Field. “As a result, your words become more persuasive to him, though he won’t know why.”

When you want to let him know you’re turned on...

PUT YOUR HAND ON TOP OF HIS INNER THIGH.

This move isn’t only effective because it’s super close to his package (though that doesn’t hurt). “The upper part of his inner thigh is a sensitive area on its own,” says Givens. “It’s loaded with nerve endings that connect to his genitals.” Plus, the skin in this region is more tender, since it’s the part of the thigh that generally has the least amount of muscle. “Stroke and lightly knead his inner thigh with your fingers,” says Wexler. It’ll guarantee that his hands will be all over you ASAP.

LIGHTLY SCRATCH HIS NECK ALONG THE HAIRLINE.

It’s the ultimate soother for two reasons. First, raking your fingers through his hair taps in to primitive grooming instincts. “Preening is a universal caretaking gesture that everything from birds to primates to humans use to show affection,” says Givens. “It’s a nurturing move that makes him feel safe and more calm.” The trapezius muscle (a large back muscle) also extends up through his neck. “This area is where we tend to carry the bulk of the stress in our bodies,” says Tiffany Field, PhD, director of the Touch Research Institute at the University of Miami’s Miller School of Medicine. As a result, whatever’s bumming him out is literally a pain in the neck. “Stroking the trapezius helps him to relax, just as a massage would,” Field says.

When he’s angry and you need to defuse a fight...

PLACE YOUR HAND ON TOP OF HIS SHOULDER, KEEPING YOUR ELBOW STRAIGHT.

This is like hitting the pause button on his brain during an argument. While the motion is firm—keeping your arm straight carries more power and commands attention, according to Givens—the comforting contact will help to calm down your guy (the shoulder is an ideal spot to touch in a moment like this, since it’s well protected with muscle and less sensitive, as opposed to more vulnerable places, like his face and neck).

“Your touch will bring him out of the heat of the moment and remind him of your bond, taking his anger down a notch,” explains Givens. The key, though, is to use this move just as a fight is beginning and his heated emotions are still at a simmer and not a full boil. “Otherwise, stress hormones like adrenaline and cortisol will have spiked to the point where your peacemaking gesture is lost on him,” says Givens.

REACH OUT TO HIM, PALMS UP, AND SLIP YOUR HANDS UNDER HIS.

Putting your hands out, upturned, signals an appeal for help. “This gesture has long been associated in society with begging, so he will unconsciously interpret it as your asking for a boost from him,” says Givens. “And when you grasp your partner’s hands with his on top of yours, you’re subtly emphasizing that you need for him to give that support to you,” explains Givens.

It’s like fishing for reassurance without having to verbalize it. Since his hands cover yours, he assumes the dominant role, triggering him to take care of you.

HOLD HIS FACE WITH A HAND ON EACH OF HIS CHEEKS.

A guy’s face is extra sensitive—even after he has shaved, his scruff has special tactile sensors that wrap around the hair follicle. “A higher number of follicles makes a man’s face more sensitive than a woman’s,” says Givens. “That makes this a great spot to take advantage of, since a woman’s skin is usually more delicate than a man’s.”

Plus, the hands-on-your-lover’s-cheeks gesture is interpreted as especially romantic (that’s why it’s used in practically every movie kissing scene). “The face is one of the most emotionally intimate spots on the body, so holding his closely communicates the deep bond you feel with him,” says Field.