Japan Has An Annual Penis Festival And We're Desperate To Go

We've just found out Japan have the coolest festival ever, and it's all about penises. Kanamara Matsuri, which means "Festival of the Steel Phallus," is celebrated every year in Kawasaki, and sees thousands of people lining the streets to worship the almighty peen.

It's held in April, and people go nuts (not even sorry) trying to get a look at the mikoshi, aka giant disembodied penis which is actually a portable shrine. 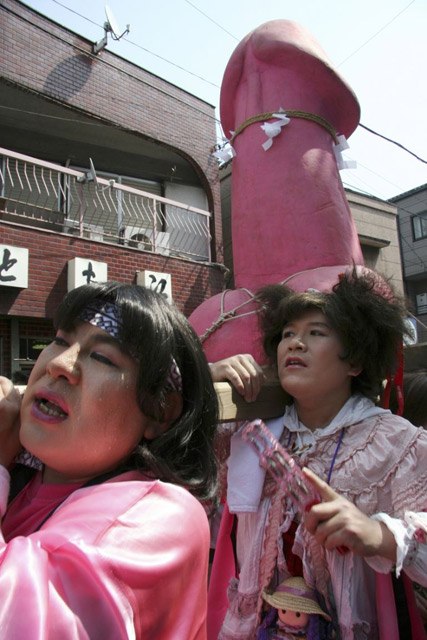 Obviously it's frequented by tourists because it's an amazing, beautiful, glorious thing to behold. But it's also a religious thing as it's linked to a nature-worshipping religion called Shinto.

Dating back to the '70s, it all started as a way to raise awareness for safe sex. So although it looks like a lot of fun, there's an important message behind it too.

Organizer of the festival, Kimiko Nakamura, told The Independent:

"Officials who handle human rights from City Hall have come to the festival and handed out pamphlets, promoting this festival as a LGBT-positive, non-discriminatory event. This event has deep, wide roots in that kind of thinking, and we don't want anybody to take it another way. We consider that there should be no discrimination against anybody including LGBT people, men, women, or people who aren't either." 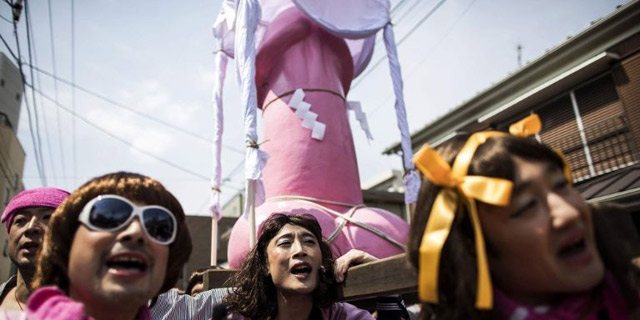 As well as parades, there's a sweet stand where you can buy incredible colored sugar penises.

Get us there ASAP.