Why I Called Off My Wedding: 4 Pinays Tell Their Stories

With all the effort that goes into preparing for a wedding, it would be insane to even think of scrapping all those plans you made, suppliers you booked, and trips you pestered your out-of-town family and friends into taking…right?

Wrong. You have every right to call the whole thing off mid-preps if your heart’s no longer in it, if the relationship sours, or—god forbid—if your fiancé knocks up another girl.

Find out why these four Pinays called off their weddings just months before the date, and let their stories serve as a reminder that marriage shouldn’t be taken lightly—it’s the rest of your life you’re gambling, after all.

The groom-to-be started getting cold feet before the wedding day:

“It was a whirlwind romance, but there was a good reason I said yes to him when he proposed just seven months into the relationship. We were happy, and not just in the romantic sense. We were best friends.

After we got engaged, I flew to Japan and moved in with him. I had my marriage papers in hand, and we were all set for a city hall wedding. We wanted to get legally married first so I could go with him once he got transferred for work to another country in three months. The plan was to get married in the Philippines the following year. Things started to go south as soon as the marriage papers were complete. He started getting cold feet and asked to postpone the city hall wedding.

He admitted that, since his last marriage had ended in divorce, the reality of being married again had just hit him. But in my confidence in him, I said why not? We had time, I thought. After all, how could this man change his mind? After I dropped my life in Manila for him, how could he? He wouldn’t.

His transfer date drew closer, and he was still nowhere near ready to marry me. It was confusing because I didn’t ask for his hand in marriage—he had asked for mine.

After many conversations that ended in tears, I finally decided to give him space to think and just fly home. We gave LDR a shot again, which turned out to be futile. Only two weeks later, we broke up through a series of texts and calls, and a month later I officially called off the wedding. He just drifted away.

After all, how could this man change his mind? After I dropped my life in Manila for him, how could he? He wouldn’t.

It took me months to recover and reconnect with him. We’re friends again, but I’m still hurting. Not because I’m not over him, but because someone I fought for gave up on me. It really does leave a dent.” –Maria, 23 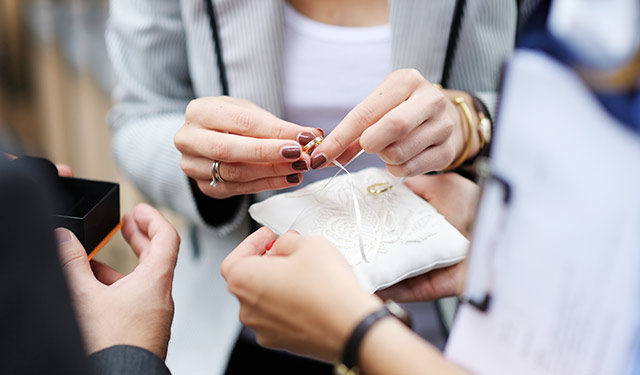 Before they were engaged, he was already jealous, disrespectful, and abusive.

“He was my first boyfriend. It was a rollercoaster of a relationship and there were a lot of red flags from day one. He was extremely jealous, verbally abusive, and he disrespected me in front of our friends. But at the end of the day, he’d make me laugh, and somehow I thought that was all that mattered.

He proposed on our sixth year together. It was the most casual proposal ever: no speeches, no setups, no flowers—just a guy on his knee in the middle of a mall. I said yes. And then things started going downhill. It started with the little things, but then came the big ones: overspending, making friends his priority, not contributing to our savings.

Shortly after that, he quit his job. He kept assuring me that he had it all figured out. I warned him that the moment he asks for money from our wedding fund, I’m walking. True enough, he did. I knew then that it was over.

I broke it off three months before the wedding. Things got ugly after that. He would curse at me and call me names in a group chat we had with our friends, send me creepy messages that he’d wait for me at my place, and he even sent nasty messages to my parents. I had to stay at a friend’s house for a week because I was so scared.

It started with the little things, but then came the big ones: overspending, making friends his priority, not contributing to our savings.

Everything eventually died down and I am now in a relationship with an amazing guy, someone who has made me realize my worth and how I should be treated.

People tell me that I wasted seven years on him, but I don’t think there’s any use regretting. In fact, if I had a chance to do it again, I would. Because if I had done anything differently, I firmly believe that I wouldn’t be with the man I’m with now.” –Anna, 29

He got someone else pregnant during their engagement!

“From the wedding rings to the residence, everything was ready for our wedding. Everything was going perfectly and running smoothly until two months before the wedding when he started acting weird and said he wanted to break up, citing very petty reasons.

I knew there was something major bugging him, so I confronted him and tried to pry from him the explanation I deserved. It was difficult to get him talking; all I got was that there was this girl trying to tempt him and that he gave in. I felt blindsided, but I knew I couldn’t be with him anymore. We both agreed to cancel the wedding. I learned the truth the hard way: that his love was not all-encompassing. It wasn’t big enough for him to be able to resist temptation.

I dealt with all the cancellations of the wedding arrangements alone while he went on with his life. Later, I found out that he had gotten the girl pregnant while we were still engaged and that he married her after our supposed wedding date. I was devastated, to say the least. I couldn’t reconcile the fact that our four-year relationship was reduced to nothing.

I learned the truth the hard way: that his love was not all-encompassing. It wasn’t big enough for him to be able to resist temptation.

I didn’t receive any news about him anymore after learning that he got married. It still hurts so much until now. But I chose to trust that God was using this circumstance to change me in ways nothing else could. As I think about what happened, I realize that He may have just saved me from a lifetime of heartaches and self-pity that I would have had with my cheating ex.

It has only been five months since that life-altering event, but I know that there’s a greater purpose behind why it happened, apart from giving me a chance to meet a better man.” –Janina, 28 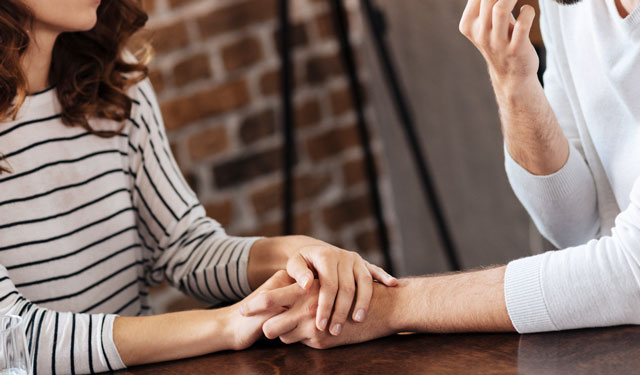 The bride had a change of heart.

“I was already about to give up on our relationship when my then-boyfriend popped the question I had long waited to hear. I said yes without any hesitation, and all my reasons for wanting to break up disappeared. The thought of marrying the perfect man made me feel excited, and I threw myself into the preparations.

When he had to move for work, I left the job I loved and followed him. But as soon as I was hired at a company nearer to him, he had to leave the country and our communication went from minimal to none. Whenever we talked, all we talked about was money, the wedding, and having a kid.

My new company had a different culture and values, which made it hard for me to blend in, until I met a male co-worker with whom I became very close. After a while, I noticed that my feelings toward getting married had changed. I wasn’t excited about it anymore. I kept thinking, ‘What if I’m wrong?’

When my ex came back, I assured myself that everything would be okay, that maybe the love would come back. But it didn’t. I wasn’t happy anymore. He sensed it, too.

Five months before the wedding, I told him that I wasn’t ready, that he deserved someone better, someone who would never hurt him like I did.

After a while, I noticed that my feelings toward getting married had changed. I wasn’t excited about it anymore. I kept thinking, ‘What if I’m wrong?’

Everyone was so mad at me. Friends left me, but my family stayed even if they didn’t understand why I did what I did.

What I did was selfish, but I wanted to be happy. I wanted him to be happy, too. I decided to break his heart so that he could have a better life afterwards. I wasn’t proud of what I did, but I don’t regret the decision that I made.

P.S. He is now happily married with one child. As for me, I ended up happily dating that co-worker.” –Andi, 30