Your Sex Life Gets Sexier As You Get Older 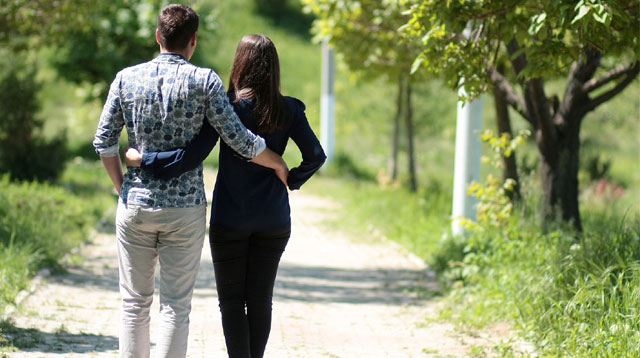 For those of you who are living under the delightful delusion that no one over the age of 40 is having sex (like *gasp* your parents), prepare for your worldview to be totally shattered.

A new survey of 2,400 people between the ages of 40 and 59 in Canada found that not only are middle-aged couples still goin' at it, but they're much more adventurous in bed than they were in previous decades. So if you think you're having the rowdiest sex of your life in your 20s, LOL, you're wrong. There is so much to look forward to, and I don't just mean finally going home with a man who has an actual headboard attached to his bed frame.

The study was carried out by sex researchers at the University of Guelph and the Sex Information and Education Council of Canada (SIECCAN), and was funded by Trojan (appropriate). According to Alex McKay, executive director of SIECCAN, the researchers were especially interested in the 40 to 59 age range because these adults are the first to grow up after the sexual revolution, and they wanted to see how growing up in that ~free love~ atmosphere might've shaped attitudes about sex.

"That was where we saw society take a more liberal turn to sexuality and people grew up with the idea that sexuality was something to be enjoyed," he told Global News Canada.

According to the study, 63 percent of those surveyed said they were "more interested in trying new things to enhance pleasure" than they were a decade ago. So if you're concerned that eventually your sex life will plateau in some terrible place where the only position you camp out in is missionary: Fear not. Because if that generation is willing to try new things, you can only imagine how horned-up all the ~*~WiLD 'n' CrAzY~*~ Millennials will be when we get old(er).

***
This article originally appeared on Cosmopolitan.com. Minor edits have been made by the Cosmo.ph editors.
Continue reading below ↓
Read more stories about