Surprising Things that Test Your Love

Certain relationship road bumps trip you up for one reason—you don't see them coming. Read this so you'll know what to look out for.
by Annie Daly | Dec 7, 2012
Post a Comment
Featured 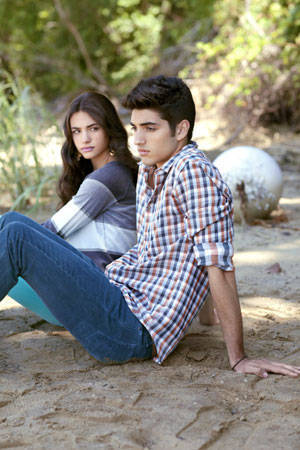 No matter how madly in love you are, every couple has problems to contend with. You’re probably prepared for the usual glitches—fights about money, irritating habits, etc. But what might come as a surprise is that there are a handful of seemingly harmless scenarios that can put a serious dent in your bond, simply because they catch you off guard. Here, we tip you off so you don’t get blindsided.

You Get a Big Break at Work

When you finally score that promotion or raise you’ve been working your tail off for, your guy may act really happy for you, and he probably is…sort of. But unless he’s careening up the career ladder as well, he could be churning with resentment and insecurity—even if it’s not apparent immediately.

“Men struggle with their partners’ success because they are hardwired to be providers,” says Barton Goldsmith, PhD, author of Emotional Fitness for Couples. On one hand, your surpassing him could ultimately force him to confront his own lack of ambition or success. “He might take a look at himself and think, What am I doing with my life?” says Goldsmith. “Your achievement could inspire and motivate him.”

But it could also injure his manly pride, forcing him to pull away from you. “If they don’t think their jobs measure up, many guys will wonder, Am I good enough for her? Does she still want me?” Surprisingly, you may start asking yourself the same thing, as Karen, 25, did when she started outpacing her boyfriend on the career track. “I always thought it was kind of sexy to earn more than your man,” she recalls. “But when I started making serious money and he just stagnated, I began to lose respect for him.”

Karen’s attitude isn’t unusual. Despite the advances that women have made careerwise, that old stereotype—that the man should bring in the bigger bucks—still exists. “It’s important to be honest and ask yourself, ‘Am I judging him because it feels weird to be more successful or because I think he’ll never step up?’” suggests Goldsmith. You might have to readjust your mindset. “You’re part of a generation in which a woman can be the breadwinner. Be proud of yourself instead of assuming there’s something wrong with him for not keeping up.”

As for easing his bruised feelings, a little sensitivity can go a long way. For example, don’t blab about your raise or  promotion ad nauseam…at least in front of him. And while it’s great to let him reap the benefits of your success by treating him to four-star meals or weekend getaways (especially because he’ll see there’s something in it for him too) don’t inadvertently blurt out something like “I know you can’t afford this restaurant, so dinner’s on me.”

Also, remind him of all the ways he was instrumental in your accomplishment—from being cool with your late meetings to helping you rehearse your “I want a raise” speech. “He’ll feel less insecure and resentful because it becomes a ‘we’ thing,” says Goldsmith. “And don’t forget to be supportive when he tries to get ahead.”

You Develop a New Interest

You know that having a life outside couplehood is crucial to a well-balanced relationship. But sometimes pursuing new activities solo—whether you start taking salsa lessons or your guy goes back to grad school—can put a crimp in your connection.

“Between work, maintaining friendships, and dealing with your day-to-day responsibilities, finding time for each other is already difficult,” says psychologist John Valentis, PhD, coauthor of Romantic Intelligence. Throw a new, separate interest into the mix and you have even less time—and common ground—to share.

That doesn’t mean you should ditch your extracurricular pursuits. There are ways to help close the gap so one of you doesn’t feel dejected.

For starters, try to bring each other in to the outside activity.

Teach him your new salsa moves, and then take him out dancing. Or simply ask him about his new endeavor. “The mistake many couples make is assuming that the other person isn’t interested in what they’re doing, so they don’t talk about it with each other,” says Valentis. “This ends up creating even more distance and resentment between them.”

Though these mutual check-ins will keep you in touch with each other’s separate lives, making regular one-on-one time a top priority is still key. “My boyfriend and I hibernate at least one or two nights a week, order in some dinner, and watch movies,” says Beth, 27. “We don’t answer the phone or invite anyone else over. It’s our chance to be together and just enjoy each other’s company.”

Sometimes, a breakup in your social circle can make the bond between you and your man stronger, as in “Whew! Aren’t we lucky to be such a happy pair?” But the fallout from a bad split can also make you overanalyze minor problems in your own relationship, warns Jeffrey Bernstein, PhD, author of Why Can’t You Read My Mind? “It can make you scrutinize your partner and create tensions you never had before,” says Bernstein.

Instead of creating new problems, use your friends’ breakup as an icebreaker for a heart-to-heart with your guy. “It’s an opportunity to talk about what you’re doing right as a couple,” says Bernstein “And when you discuss the split, focus on the questions in your relationship, not on the other pair.”

Your friends’ split can cause you to take sides, too. “Usually, the man will relate to the male experience, and you will relate to your girlfriend’s point of view,” says Bernstein. You might think you’re being a good friend by commiserating, but you can unwittingly carry that tension home. So beware of forging alliances. “Listen and be supportive, but stay neutral,” suggests Bernstein. “And don’t rehash the breakup details with your boyfriend.”

You Kick a Bad Habit

Self-improvement is obviously a positive thing. But if only one of you changes, it can put a lot of pressure on your bond. “It’s not unusual for the other person to feel judged or threatened, like ‘Do I have to better myself too?’” says Bernstein. Plus, even if the new, improved half is better off not smoking, inhaling sweets, or gulping six-packs, the other half bears some of the brunt of the mood swings and withdrawal symptoms. “The partner has to adjust to the change as much as the person doing the quitting, which can create a lot of tension,” says Goldberg. So try not to lose sight of what both of you are going through.

Another possible pitfall: Part of your connection might hinge on the habit, which is what Stephanie, 33, discovered when her guy stopped using drugs. “His habit brought us closer because I was his confidante,” she recalls. “I was who he came to for comfort. But once he quit, he withdrew. Maybe he associated me with his old life, even though I didn’t do drugs. Or maybe he didn’t need me anymore.”

To avoid Stephanie’s fate, “it’s important to figure out what you’ll both get out of the deal so you can balance what you may be missing,” says Goldsmith. And while it’s a great idea to enlist each other’s help to curb temptation, don’t try to recruit each other. “You don’t want to be negative or pressure your partner to join you,” says Bernstein. “That will only push him away.”

Your Single Friends Are Having a Blast

It’s kind of ironic: When you’re single, you spend your life searching for a mate. But when you finally settle into coupledom, you start pining for the good old days. “Once the newness of the relationship dies down, your life together can seem so mundane compared to your unattached friends’ antics,” says Valentis. So you and your guy begin to envy their freedom and can start to resent each other and the compromises you’ve made to be a pair.

“Find ways to break out of the rut so you can get back some of that spontaneity you had when you first got together,” suggests Bernstein. Go out of town to someplace you’ve always talked about. Shake up your sex routine with some new positions or racy games.

But you don’t have to be attached at the hip. “The single person inside you doesn’t die as soon as you’re in a relationship,” says Elaine, 27, who still goes club crawling, flirts with strangers, and doesn’t sweat it when her guy hangs with his single pals. “Just don’t do anything you wouldn’t tell him about.”

And don’t forget: When your single pals give you the play-by-play of their escapades, factor in the backstory they’re conveniently omitting—the wicked hangovers, the unreturned phone calls, the serial self-doubt, the lonely Saturday nights. “Single or coupled up, we always want what we can’t have,” says Bernstein. “Whether you give in to those temporary yearnings depends on whether you really want to be in that relationship.”