The 4 Stages Of A Man's Love

Since it's love month, we're letting our mushy sides run wild! Cosmo tells you how a guy goes from just dating you to totally devoted to you...and reveals the telltale signs that give him away.
by Cosmopolitan US | Feb 1, 2010
Post a Comment
Featured 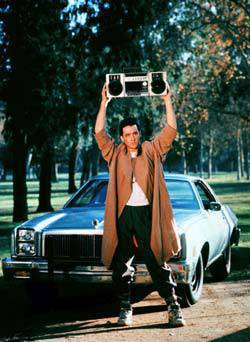 How He’ll Act: “He might be self-conscious and stumble over his words, or he’ll do the opposite—talk himself up in an attempt to impress you,” says Peter Andersen, PhD, author of The Complete Idiot’s Guide to Body Language and relational communication professor at San Diego State University.

Body Language To Look For: A confident guy may come up with excuses to touch you. However, if he’s less sure of himself, he might be concerned with his physical appearance, says Andersen. “You may notice nervous preening behavior like running a hand through his hair or licking his lips.”

How He’ll Act: In this stage, a guy will begin bringing you into his world by including you in many of his activities, whether it’s jogging or watching a game on TV. According to Andersen, he also may choose time with you over guys’ nights or trips to the gym.

Body Language To Look For: In addition to staring deeply into your eyes (yes, it’s cliche but also a clue), “there will be an increase in sweet touching, like his gently stroking your cheek or brushing hair out of your eyes,” says psychologist Sharon Livingston, PhD.

Body Language To Look For: Although the sex sessions are uber-intense at this stage, the public displays of affection—like hand-holding—may dip. “He craves more of an emotional connection, so it may seem like he’s more chatty but less touchy-feely,” explains Andersen.

How He’ll Act: If a man sees a future with you, he’ll make you feel like the two of you are a team. “He’ll ask for your opinion on important decisions,” says Andersen. The only bummer is, he may not be as open as he once was because in his mind, he’s shared everything with you already.

Body Language To Look For: Mirroring your gestures and behaviors is a clue he’s thinking long-term. “The bond is so strong, he may subconsciously match your own movements,” Andersen points out. If you tilt your head to the right, he’ll tilt his to the left; if you put a hand in your back pocket or in your lap, he might do the same.