At Cosmo, we sift through tons of theories and studies about relationships. While some findings are downright silly and some are interesting, a few stand out as having the power to improve your relationship in far-reaching ways. The revelations below fall into this category. Embracing them will make you feel closer to your man, keep things spicy, and increase the odds your love will last. You’re gonna want to put ’em into action, like, yesterday. 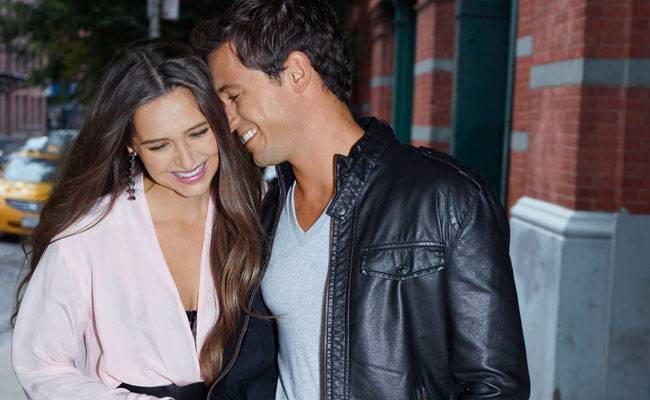 1.  Have This Conversation With Him.

After studying 217 couples for several years, James Córdova, PhD, associate professor of psychology at Clark University, discovered the most important talk a couple can have. He calls it a love checkup—where you take the pulse of your relationship once or twice a year. The point is to get into significant topics (what works between you, what you want to change) that don’t come up in daily discourse.

“Our research found that engaging in checkups increased relationship satisfaction,” Córdova says. “Couples felt more connected, intimate, accepted, and safer being vulnerable with each other.” They “got” each other better and had the attitude that they were on the same team.

Want in on those payoffs? First, choose the right timing. “Talk about it after you’ve had a particularly good day with him,” Córdova suggests. When things are going great between you, you’ll both naturally be more open. Then, broach the subject casually by saying: “We have so much fun together, and I love being with you. I want to keep it like that, so I’m wondering if we can talk about the stuff that’s going well and anything you might want to fix.” Then, ask him a few of the following questions:

• “What do you like best about the two of us together?”

• “Is there anything you’d like to do differently in our relationship?” (If he draws a blank, prompt him with this: “Maybe it’s not a big deal—just something that bugs you a little—but if we were going to work on one issue together, what would it be?”)

• “I know you love it when I [fill in the blank: tell you funny stories, watch the game with you, etc.], but is there anything you need more of from me?”

• “Is there anything you wish we could change about the way we argue?”

• “Are you happy with our sex life? Is there anything else you’d like to try?” You should answer them too, and it’ll kick off an honest conversation about your bond and what you want out of it. “As a relationship evolves, we develop habits and blind spots that get us stuck,” Córdova says, such as falling into routines you wish were more balanced (he always initiates sex; you always plan your dates) or taking each other for granted. This discussion gives you a chance to clear the air and nip any problems in the bud.

As bad as the recession was, there is one bright side when it comes to relationships. Forced to cut back on luxuries like restaurant meals and expensive gifts, couples started to think outside the box and found that doing so strengthened their connection. “Going through this rough time triggered people to shift the way they approach their relationship for the better,” says Carol Bruess, PhD, co-author of What Happy Couples Do.

Instead of trying to fit into a mold of what romance is, “people began seeking cheaper—and by extension, unique and more meaningful—expressions of affection,” she says. Noticing what’s quirky about your bond and celebrating that bodes well for your twosome in the long haul, because it helps you appreciate the fact that what you have is special.

Forcing your beer-and-basketball-loving guy to go to a fancy dinner just creates stress. Instead, invent a ritual that’s more your style. If you’re also a sports fan, watch the playoffs with mugs of your favorite beer. Or, if you had your first kiss on Independence Day, celebrate at some historically related locale on your anniversary. “The happiest pairs make their ‘coupleness’ a priority,” Bruess explains, “And, these one-of-a-kind moments reflect your ‘culture of two.’”

3. Confide In Each Other

Cheating’s one thing, but a recent Penn State study found that women are actually more bothered by emotional infidelity than sexual infidelity (the opposite is true for men). And in light of all the hoopla over philandering celebrities, we’ve been interviewing many relationship experts about the topic lately. We noticed an interesting trend in the advice they’re giving: Increasingly, psychologists are emphasizing one hard-and-fast rule for protecting your bond: Make sure your guy opens up to you more than anyone else and vice versa.

Often, people who stray don’t intend to do so from the get-go but instead stumble into an affair—for example, your man gets chummy with a coworker and begins sharing personal details with her, then things escalate. Of course, it’s fine for you to have guy friends and for him to have female friends. But as psychologist Shirley P. Glass, PhD, explains in her book Not Just Friends, there’s a line when an opposite-sex friendship becomes a threat. The line is crossed when he starts telling that third party more than he tells you.

The type of information divulged also matters. Dishing with a friend about a wild party or bitching to a coworker about job politics is fair game. But if one of you is disclosing relationship problems or secret dreams you haven’t shared with your partner, you’ve overstepped your bounds, says Jonathan Alpert, a psychotherapist in New York City.

So, how can you tell if your guy may be too cozy with another woman? According to Janet Lever, PhD, professor of sociology at California State University at Los Angeles, there are a few red flags: (1) He’s acting distant, (2) he doesn’t tell you as much about what he’s been up to as he did in the past, and (3) he either begins mentioning a certain female acquaintance frequently or totally stops talking about an opposite-sex friend he used to bring up.

It’s a good idea to keep tabs on these women by spending time with them. Invite his best female friend to dinner, and join him at happy hour occasionally. Seeing that you’re a real presence will discourage them from intervening.

Then, make sure your guy knows you’re available to talk about stuff, so he won’t turn to anybody else. Once in a while, divulge something personal: a trait in yourself you’d like to change, a fact he doesn’t know about your family, whatever. “Reveal a vulnerable side of yourself, and encourage him to do the same,” Alpert urges. “This shows him he can open up to you about anything.”

It used to be that only new couples flaunted their lust. Being all over each other at a party, making sex eyes across the table during a date—they don’t care what anyone thinks. Established couples, however, would hold back from PDA to be tactful.

Well, now that line of thinking is shifting. “Restraint isn’t necessarily a good thing,” says Jenny Block, author of Open: Love, Sex, And Life In An Open Marriage. “Advertising to the world how much you want each other is key to keeping your connection solid and sex percolating.”

There’s a real difference between communicating your desire behind closed doors and “announcing” it to friends. In private, you let your guards down and enjoy the intimacy of the moment, which is important and sexy in its own way. But, being public about your love is just as essential. “It’s an ego boost for your relationship—you’re displaying how bonded you are and making people jealous of your chemistry,” Block says. “Plus, the fact that you have to stay within certain parameters when you’re around others adds playfulness and excitement.”

New research shows that the more a couple encourages each other to grow into who they ultimately want to be (we’re talking in five to 10 years), the stronger their relationship will be.

Eli Finkel, associate professor of psychology at Northwestern University, who conducted the study, calls it the “Michelangelo effect” because just like an artist sculpts a work of art out of clay, you’re helping to mold your man into a better version of himself. Finkel looked at 183 couples and discovered that those who affirmed each other’s ideal selves fought less, were more intimate, and felt extra satisfied in the relationship.

The reason for this is twofold. “People who are achieving their goals tend to be happier, less competitive, and more supportive overall,” Finkel says. “And if you’re a major contributor to your partner’s success, you’ll likely see plenty of gratitude from him, too.” Not that he’ll literally say thanks…but his appreciation will show in the positive, receptive way he behaves with you. Knowing that you’re encouraging his dreams creates an alliance between you that will feed back into your relationship.

To get him talking about what he wants to accomplish, ask “What would you do with your life if you never had to worry about finances?” You’ll uncover a picture of the future he desires when not constrained by practical demands. “This will get him enthusiastic about the possibilities while also nailing down a specific, attainable aim,” explains Debra Berndt, author of Let Love In.

Another tip: Disclose one of your ambitions. “If you’re pursuing an aim too, that combined energy will rev you both up so you make greater progress as well as give you something to bond over,” Berndt says. You’ll be excited when one of you gets closer to the goal and supportive if there’s a setback. When you feel like you’re going places, that forward motion has a halo effect on your relationship, giving you the sense that you’re in on an adventure together.