Money and job stress have your guy fantasizing about a mind-blowing kind of escape only you can provide.
by Kerrie Simon | Oct 11, 2012
Post a Comment
Featured

Sure, he was psyched for this year’s superhero movies like The Amazing Spiderman and The Avengers because a lot of stuff blew up. But, he’s also eager to forget about his problems and lose himself in a fantasy world where the good guy always wins.

“Men love superheroes because they’re able to imagine being so powerful that they can overcome anything,” says sex therapist Ian Kerner, PhD, author of She Comes First. “Your man may be too embarrassed to admit it, but he craves that sense of power in bed, especially if he’s struggling with money or work issues in real life.” But you don’t need to do anything fantastically heroic to bring out his ballsy side and make your sex life explosive. You just have to employ some smart, slightly manipulative psychology. 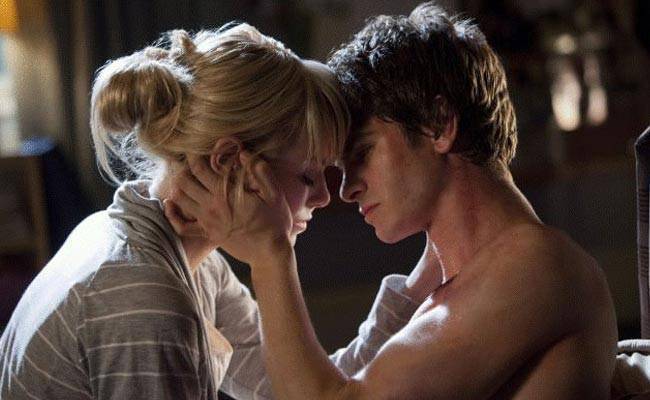 1. Get Inside His Head

If a guy can’t stop thinking about all the stress in his life, he’s going to be less engaged and enthusiastic in the bedroom, which leads to blah sex. So, you’re not just being an awesome wife or girlfriend by making him believe he’s the Man of Steel; you’re also assuring a more passionate experience for yourself.

“Sex starts inside his head,” explains William July, PhD, author of Confessions of an Ex-Bachelor. “And, that means you have to get him thinking along the right lines.” To do that, Kerner suggests building up both his confidence and anticipation before you hit the sheets. If you’re out, mention the knee-weakening effect he has on other women—even if you’re exaggerating—to stroke his ego. Or, call him when he’s at work and tell him about a fantasy you “just had” that involves his protecting you from danger then jumping your bones. It’ll make him feel manly…and turned on.

Positions that put him in physical control (think doggie-style or up against the wall) help him feel super-human. Or, you can start out in cowgirl, then roll over onto the bed and pull him on top of you—the sudden contrast will be extra-empowering, says Kerner.

Just as important is letting him know how into it you are. “Grip his upper arms or shoulders when you’re in missionary or grab the sheets,” July suggests. Nothing makes the average guy feel more like a superhero than knowing that he’s giving his partner a crazy amount of pleasure. Oh…and acting like the Megan Fox to his Shia LaBeouf makes it even crazy-better.