The Right Way To Have A Workplace Romance

If your cubicle flirt-fests are starting to get serious, know the rules and risks that will govern your office affair.
by Leigh Marcos | Nov 4, 2009
Post a Comment
Featured 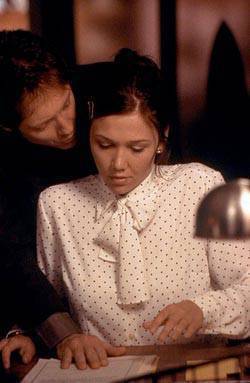 Just like school, the workplace offers countless possibilities of Mr. Maybes and Mr. Rights—as well as Mr. Wrongs. “Office romances are inevitable,” says Ottawa-based sex and relationship therapist Sue McGarvie. Obviously, after spending eight to ten hours in the office each day, you can’t help but develop strong feelings of attraction toward a hunky co-worker smelling shower-fresh and wearing O.C.-polished, shiny leather shoes. And if you play your cards right, he just might like you back.

Happily ever after? Not quite.

While the usual couple conundrums may arise, another setback appears to be management’s say, which falls under “office policies” on employees engaging in office romance. Years ago, such relationships were considered taboo due to the perception that romantic rendezvous in the workplace only brought risks, not rewards. But in recent years, society has become more open and loosened up rules on such, even going as far as deleting the “no dating colleagues” policy in company handbooks.

However, even if management has eased up on the “no dating” policy, there’s another peril to ponder: catty co-workers. The grapevine works double time once people sniff out your romance, and both of you will have to endure a myriad of comments and ribbings. Not a pretty prediction at all if you want your love to last. So, before you give in to your urges and get into a relationship with an officemate, heed Cosmo’s guidelines:

“Don’t rush into passion,” advises Dennis Powers, author of The Office Romance: Playing with Fire Without Getting Burned. If you’re going to hook up with a co-worker impulsively, the results will most likely be disastrous. You may start expecting flowers and fireworks after a one-night stand, and if word gets out about your titillating office tryst, be prepared to withstand naughty remarks from various busybodies.

As with any budding relationship, get to know the person first. This involves interacting with your potential guy in a neutral social arena, such as after-work dinners, coffee sessions, and informal parties, which are not only good venues for beyond-work kwentuhans, but also help you find out what makes him tick outside the four corners of your cubicle.

Digging up the dirt on your dude also clues you in on his past romantic behavior and helps you determine if you really want to pursue anything further with him. If you’re new at work and have heard about how he preys on every pretty newbie, chances are he’s just hitting on you to score--and will move on once the novelty wears off.

Becoming friends with your soon-to-be boyfriend can only work to your advantage—your friendship will serve as a buttress to the romantic aspect of your relationship. Take it from Sara, a sales manager: “Ed and I were friends first. He was my best guy confidante at work, the one who would gladly accompany me to the movies when my college pals weren’t free. Then, at a company outing, I realized I liked him more than a friend pala. A few days later, I found out he felt the same way. Good thing we were friends before we became a couple—the whole progression felt so natural.”

Dating someone doesn’t and will never equal power. If you feel you deserve that long-awaited raise, find ways to make your boss aware of your strengths—and not through come-hither tactics. Not only will dating your boss wreak havoc on your working relationship and reputation, but do you really want to constantly question yourself about deserving that promotion?

“My boss was only a few years older than me, and nagka-develop-an kami. At first, we tried dating secretly to avoid tsismis, but it’s hard to conceal your feelings for each other,” shares Sally, a call center agent. “Our officemates found out and wouldn’t stop razzing us about our ‘romance!’ Buti na lang, our team is like one big barkada, so there was no bad-mouthing.”

But most office couples don’t always have the same happy ending as Sally’s. Given office politics, catty colleagues won’t think twice about making you the talk of the town. “People thought I was seeing Dave just for power play,” Marian, a marketing specialist, says. “They’d utter snide side comments in meetings. It reached a point where things became really awkward. I dreaded going to work everyday. Finally, I resigned. Dave and I are still together—minus the awful ‘she’s-just-dating-him-to-get-promoted’ hirits.”

Although some office affairs might lead to happily ever after, some affairs could also end in sexual harassment suits or termination—especially if it’s stated in black and white that office dalliances are not allowed. Consider the consequences of dating your boss or someone from upper management. If you can’t hack it, don’t.
Photo source
[nextpage] 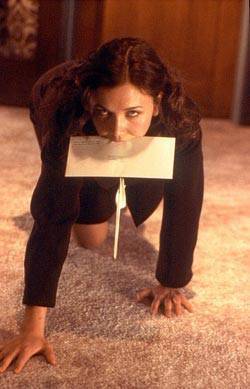 You don’t have to keep your relationship under wraps, but coming out of the closet doesn’t mean flaunting your status as a couple. Decorum should be your number one virtue in the workplace. No one wants to see a couple PDA-ing to the point of perversity in a professional place. By conducting your amorous affairs with dignity, your co-workers will stop wagging their tongues and could even start respecting you.

Just the same, dishing out details of your sex life should be limited to just one or two officemates whom you completely, positively trust—if discussed at all. Take Andrea, who works for a production house. “I’ve been friends with Leah since high school, and it was purely coincidence that we wound up working in the same company. I started dating this guy in our office, and whenever we had a lovers’ quarrel, Leah would take me out for coffee the next day so I could rant. She was completely trustworthy, so telling her about Ron was like depositing my thoughts into the Pentagon.”

Dating someone who works in the same company can bring about an emotional mess, especially when the tsismosos can’t help but partake in the telenovela-like dramas of office couples. (Ever wonder why celebrity couples rarely last?) Keep your pride and your relationship intact and shy away from gossip piranhas. Remember, there’s a right time and place for everything.

When you start dating someone at work, arm yourself with the knowledge that your love life will resemble an open book. Unless you have a star-complex need to be the center of attention, playing your relationship by the book will definitely pay off.

“When Annie started cavorting with Itos, the newest office heartthrob, everyone was shocked. Her boyfriend Joe seemed oblivious to the sexual undercurrents between her and Itos, and we could see how sweet Joe still was to her,” Joanna, a marketing manager, relates. “Finally, someone had to tell Joe, and boy, was the confrontation ugly. Both Annie and Joe ended up resigning.”

Lest you aim to ruin your reputation and career standing, spare your co-workers the office drama and don’t let yourselves become coffee break topic.

Sure, having your boyfriend around is a welcome treat to dispel the dreariness of the office doldrums. But under your boss’s watchful eye, this may not be the case. According to Erika Balanay, a senior HR specialist, most companies are wary of office romances since they may pose a threat to productivity. Honey-moon stage or not, focusing all your energy on your guy all the time might distract you from your daily duties or worse, be biased about certain decisions concerning him.

This is why it’s important to conduct your business interactions in a professional manner and demonstrate your A-list dedication to your work. Sticking a sweet post-it to his cubicle wall is one thing, but skipping work for the day (despite a major meeting scheduled) just to spend time together is another. Set your priorities straight and know when to (and when not to) turn the sweetness on full blast.