WATCH OUR VIDEO SERIES!
© 2022 Cosmopolitan Philippines
Sorry, no results were found for
Follow Closeup on

When doing something outside your comfort zone like asking someone out on a date, it’s not so much the delivery that worries you—it’s the potential rejection at the end. And this is what can stop you from trying, at the very least, to express how you feel about someone. The truth is, you’ll never really know what will happen unless you give it a shot. Why wait when you already know who you want? Below, we asked Pinays to share what they did to end up with their crush-turned-S.O. Time to bring out your notepads, CGs!

“I casually gave him my seat number, saying it would be nice to have someone to talk to on the flight back.”

Kyla, 27: I first noticed him during a leadership seminar in Bangkok. I was attracted to his initiative, but since we were all seminar-focused, there wasn’t any explicit flirting. I was also careful not to overstep because I didn’t know if he was single or not, but I always made it a point to sit beside him. At the end of the seminar, we were talking about our flights back to Manila, and we found out we were on the same airline but not on the same flight. He wanted to move his flight to an earlier one, which was my flight. I casually gave him my seat number, saying it would be nice to have someone to talk to on the flight back. The next day, we saw each other again at the airport, and I found out that he had taken the seat next to mine. We spent the whole flight talking and getting to know each other. We kept in touch, he asked me out a week later, and we’ve been together ever since.

He often says that if we hadn’t sat beside each other on the plane, he may not have pursued me, so my advice is to set the stage and let things unfold. 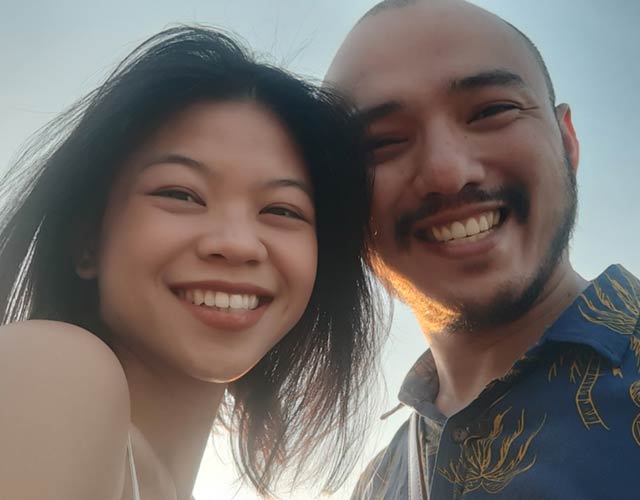 “Everything just felt right when I met her. I knew that I needed to be closer to her.”

Chira, 28: I met her during her choir rehearsal, and I believe it was love at first sight. I was looking for someone named “EJ” and assumed it was a guy until I heard someone call her by that name. Siya pala yung hinahanap ko! Everything just felt right when we met, and up to now, I really don’t know what made me fall for her. I just knew that I needed to be closer to her.

I never stopped loving her even after losing touch for six years. When we saw each other again, I immediately told her and showed her how I’ve always felt. It wasn’t easy, but eventually, she realized how much she meant to me and knew that I would never give up. She told me that the effort and how much I love her was what convinced her to finally say yes. 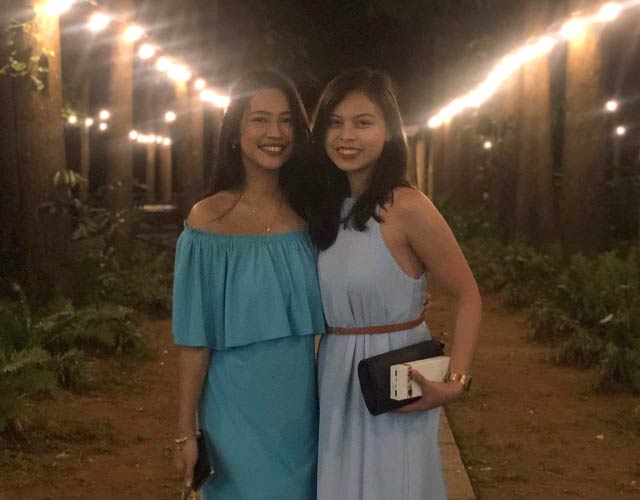 “I don't remember who initiated going out to dinner, but it was my idea to go to the California Academy of Sciences in San Francisco.”

Agie, 27: I met him when I least expected it—right when I told myself to enjoy being single, do what I want and go from one adventure to the next. Out of nowhere came Angel, who with his sharp jawline and charming voice, swept me off my feet. I don't remember who initiated going out to dinner, but it was my idea to go to the California Academy of Sciences in San Francisco. I was at a point in my life where I didn't feel like hiding how "weird" or "dorky" I was anymore; I’ve become comfortable with who I am. Angel just took it all in. He would often joke or poke fun at me, but I knew it was just because he thought I was amusing. We've been married three years now, adopted a puppy together, and bought a home.

My advice is to just be yourself. There is someone out there who will accept you and love you for all you are—little quirks and all. 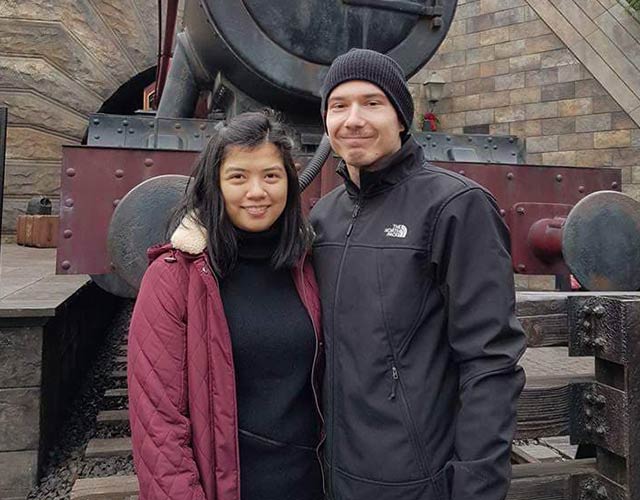 “I pulled him to the middle of the dancefloor and started dancing.”

Stephen, 22: I was at a pub in Bangkok during my first solo trip. I wasn’t expecting to meet anyone, at least until I saw this dreamy boy from the other side of the room. He was wearing a Kylie Minogue logo shirt, and I was so psyched to know he was a Kylie Stan like me! I went up to the DJ and asked him to play one of her hits, and I can still remember seeing the surprise on his face when it started playing. I downed two more cocktails and quickly walked over to him, grabbed his hand, and yelled, “You stan Kylie, yes!? I love this song!” I pulled him to the middle of the dancefloor and started dancing.

We hung out for three more hours that night, and eventually, we ended up touring the city together the next day, since we were both traveling alone. Fast forward to this day, and I’m still with the cutest Kylie fan—who kind of looks like Zac Efron circa 2007—for nearly a year now, and he still surprises me at my front door when he flies to Manila all the way from Amsterdam. 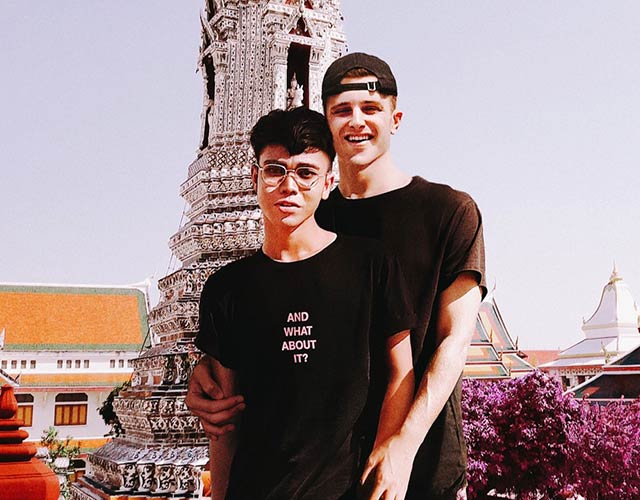 “I'm sure I was the first one who sent a flirty DM.”

Cookie, 27: My crush and I were schoolmates back in college, but we didn’t become friends until last year when we started talking through IG. I started to become interested in him when I found out we had similar tastes in music, but it was his unpredictability that got me hooked, and I like a good challenge.

I'm sure I was the first one who sent a flirty DM by replying “BAEsic” on his IG story selfie. We kept in touch frequently, then I decided to fly solo to Cebu, which was where he was assigned for work. I was aware that he was seeing other girls, but I went there without illicit intentions—as a very wholesome, no touching, just-here-on-vacay kind of friend (LOL). After the Cebu trip, we went through a very confusing phase where he stopped pursuing me, so I got bored and also hurt because sobrang crush ko talaga siya.

When he finally came to Manila, he reached out to me to discuss our status, and so we decided to date exclusively. Weeks after, we officially became a couple. He told me he wasn't planning on being in a relationship, but he couldn’t imagine losing me.

My advice? Make the first move, make him feel kilig, but never forget about your self-worth. 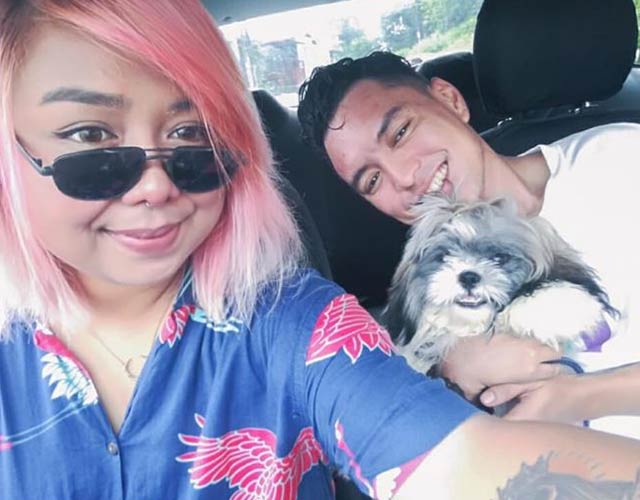 It doesn’t matter if you’re in a conventional relationship or not—you are #FreeToLove whoever you please. Love knows no gender so don’t be afraid to #MakeYourMove even in the midst of fear, doubt, and uncertainty. Gain even more confidence with Closeup for long-lasting freshness when you get close to whomever you love.