This Is What Using A Female Condom Is Actually Like

Why is the 'femidom' so infamous? Surely it can't be that bad?
by Paisley Gilmour | Jul 1, 2018
Post a Comment

Condoms are such a huge part of safe sex (if the person you're banging/giving oral sex to has a penis). But other options like dental dams and female condoms (aka "femidoms") are often overlooked.

Why? It could be because for some reason, the onus still largely seems to fall on the penis-haver to take charge of condom-use. Whether that's because many women and female-bodied people don't feel comfortable speaking up about safe sex (thanks crappy sex education, you're the best!), or because we're just not really aware of the alternatives, who knows.

But, female condoms (or internal condoms) are a very legit option and apart from classic condoms, are the ONLY thing that protect you from both STIs and unwanted pregnancy. They fit inside the vagina and can be inserted up to eight hours before sex.

Here, people who've used them explain what it's like. 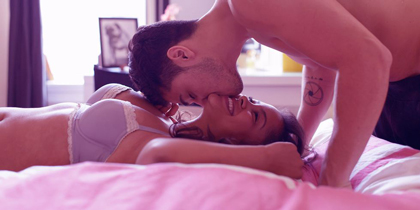 "It didn't feel any different"

"I've just tried them for the first time and was surprised. Apart from feeling a bit self-conscious about it at first, it wasn’t really any different to unprotected sex. We both enjoyed it, and got the job done as t’were. Much better than a male condom IMO, as it doesn’t rely on male being hard so you can take your time." [via]

"My experience was that it's like sticking a sandwich baggy up your vagina, with identical sensations and sound effects." [via]

"We got the FC2 for butt stuff, and occasionally have used them for PIV [penis in vagina] when the occasion felt appropriate. They're leagues better than male condoms for him. I like them more, too. Inserting them feels pretty weird at first, and has somewhat of a learning curve associated with it, but overall I'd recommend them without hesitation." [via]

"I'm allergic to latex. I liked it fine. Husband did not. He could feel the ring at the top [and] it was pinchy for him. They are expensive. We use non-latex male condoms now." [via]

"They're great for period sex"

"I’m surprised by the seeming consensus that they’re terrible! I like them a lot. The insertion is really easy, and then holding the outer rim while he penetrates makes it stay in place. They’re great for period sex, too, since my partner gets squeamish around blood." [via]

"It felt worse for me"

"My boyfriend doesn't mind male condoms at all, and the female condom didn't improve the sensation for him and worsened it for me - so we don't bother going out of our way to find, buy and use female condoms." [via]