What His Looks Tell You About Him

Want to know if that cutie's got partner potential? Cosmo consulted a team of experts to help you size him up with just a once-over!
by Stephanie Booth | Sep 7, 2009
Post a Comment
Featured 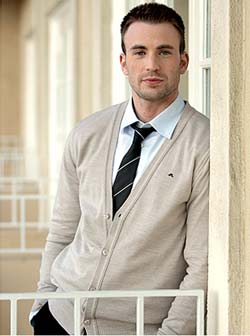 Hair is to guys as body is to girls. Think: Samson’s power from his strands. So it sometimes follows that the dude with the shampoo-commercial coif has an ego the size of Central Luzon. “The more hair a man has, the more confident he is,” says Gary Hitzig, MD, a board-certified hair-restoration surgeon in New York. He might also be a little short on sensitivity.

“Men with great hair usually only know what it’s like to be admired, not criticized. They’re used to getting what they want—when they want it—and are much more likely to give others a hard time for not living up to their own standards,” says Dr. Hitzig. As you might guess, if his hair is thinning out, his ego is most likely whittling down, too. But he’s probably more empathetic.

A guy who checks out his reflection in every store window you pass is obviously vain. But, interestingly, it’s also a sign of a dude who’s intent on succeeding. “Presentation is everything to this kind of man,” says Sheenah Hankin, PhD, author of Complete Confidence. “He sees it as a measure of his self-respect and success.” The low-key, less conceited guy might be less ambitious, “but he’s easier to connect with emotionally because he’s not as superficial,” says Hankin. It’s what’s inside that counts.

His Choice Of Underwear

“Tightie-whities are the sign of a man who’s proud of his equipment and how he uses it,” says Los Angeles clinical psychologist Nancy Irwin, PsyD. “The tighter they are, the more eager he is to show you his sexual skills…and the less able he is to attune to your needs.” Men who prefer donning boxers and boxer brief might be less showy in bed, but they’re more willing to keep the focus on you. And as for a guy who goes commando? “He’s a free spirit who’s comfortable with his body.”

Right-handers make up the majority of men, so that reveals very little. “However, date a lefty and you may be dating an artist at heart,” says certified hand analyst Beth Davis, founder of HandAnalyst.com. “Left-handed people process more information on the right side of their brain, which lends itself to creativity.”