Meghan Markle loves herself a good suit moment, so she could be a little frustrated if this report that Prince Harry has vetoed a tuxedo-inspired look for their upcoming royal tour of Australia is true. 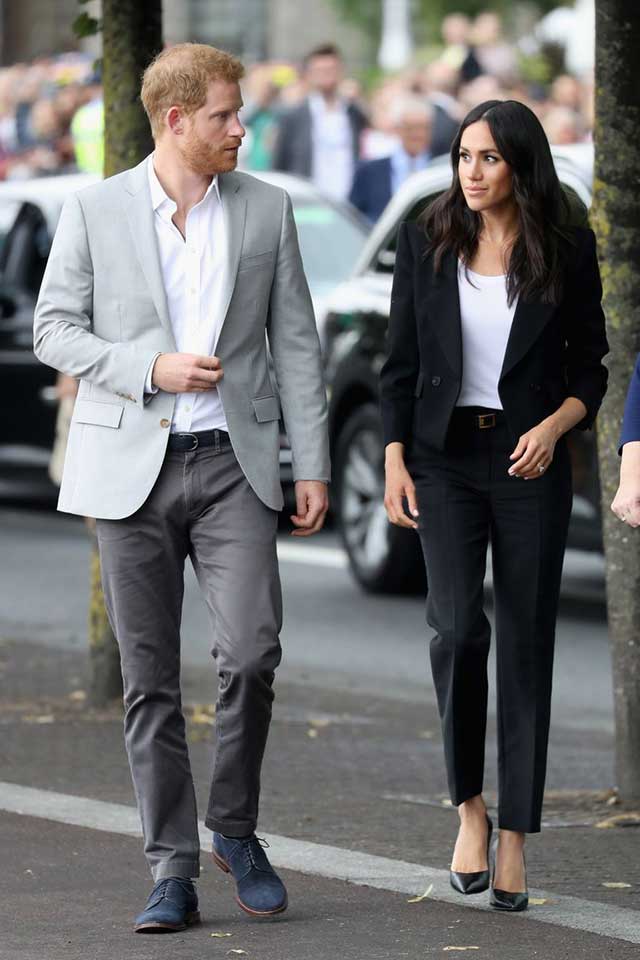 According to the Daily Mail, Meghan wanted to wear a Stella McCartney suit for a formal evening event Down Under. Harry, who reportedly likes to give Meghan fashion tips, wasn't into it and maybe told her not to wear it. The reasoning could have to do with the fact that the queen prefers skirts over trousers in general.

"Meghan is being told she needs to stop dressing like a Hollywood star and start dressing like a Royal," a source reportedly told the Daily Mail. "Meghan wanted to wear a tuxedo-style suit but Harry said it wasn't traditional enough."

Though dresses and skirts are strongly encouraged, it's worth noting that Prince Harry's late mother, Princess Diana, was often seen in tuxedo-like garb. 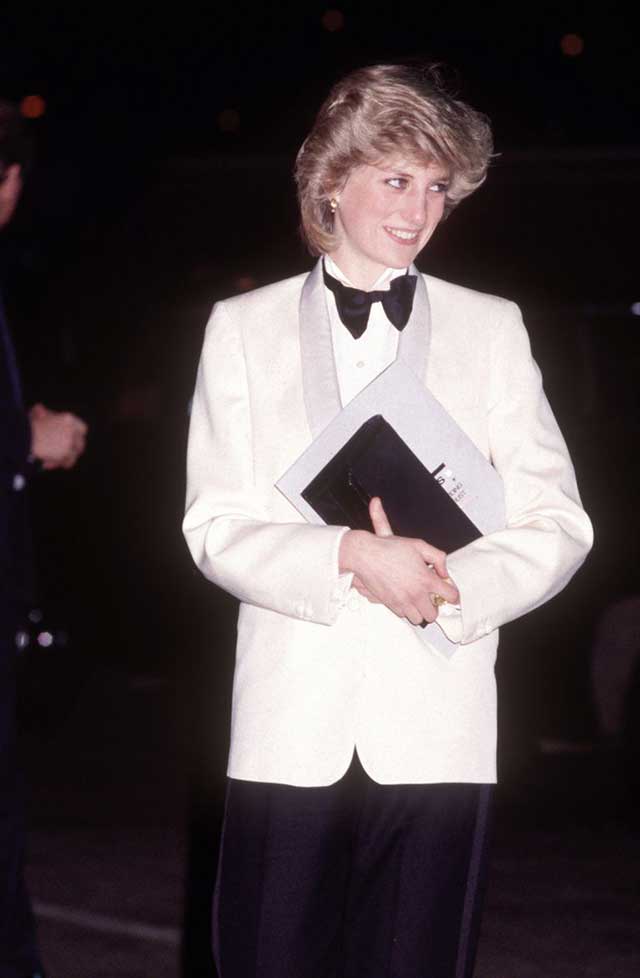