This Year's Victoria's Secret Fantasy Bra Is Worth $3 Million

But it's still not the most expensive in the brand's history!
by Patricia Dayacap | Nov 2, 2016
Post a Comment
Featured

Anyone with the slightest knowledge of the annual Victoria’s Secret fashion show knows that the Fantasy Bra is sort of a big deal. Short of earning one’s wings, being given the honor of debuting it on the runway is a highlight in any model’s career. Gisele Bundchen, Alessandra Ambrosio, Heidi Klum, Miranda Kerr—these women have had their share of hitting the catwalk in gemstone-encrusted lingerie, some more than once!

This year, American model Jasmine Tookes is The Chosen One. Victoria’s Secret executive Ed Razek surprised Jasmine with the news—watch it unfold below.

Now, check out the shimmering bra in all of its $3 million glory through this exclusive video by Vogue. 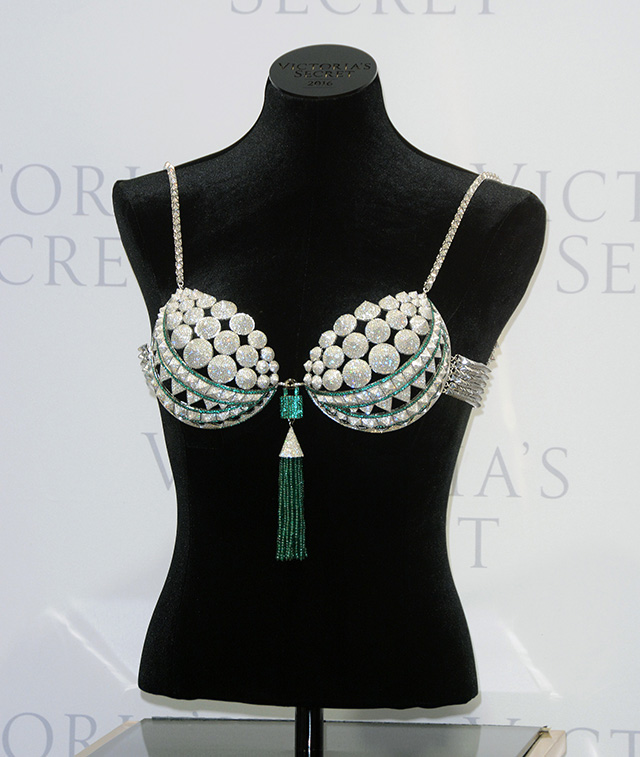 According to Vogue, Borgo and his team spent seven months designing the bra. Then, each stone was set by hand by AWMouzannar, a process that took 700 hours and involved 9,000 precious gemstones. Amazing, right?

Still, it’s not the most expensive Fantasy Bra—that accolade goes to the Red Hot Fantasy Bra, worn by Gisele Bundchen in 2000. With a staggering $15 million price tag, it features “1,300 diamonds and rubies, including 300 carats of Thai rubies.” WOW!