The model reveals the challenges and advantages of wearing one of the Met Gala's most talked-about looks.
by Ella Alexander | May 18, 2017
Post a Comment
Featured 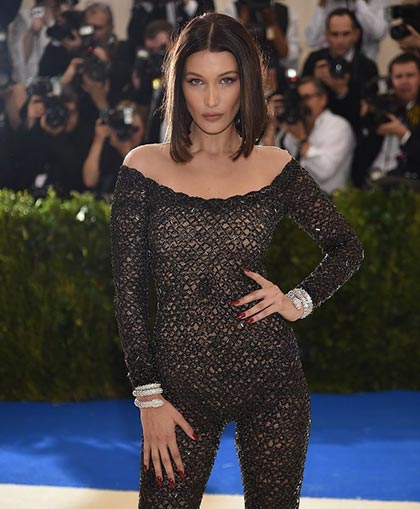 The recently-held Rei Kawakubo-themed Met Gala prompted numerous stars to eschew the safe confines of mermaid dresses and Disney princess gowns, including Bella Hadid—whose Alexander Wang bodysuit was one of the night's most talked-about looks.

The sheer piece featured all-over beading with a plunging back and an off-the-shoulder neckline. However, Hadid says it didn't come without its challenges.

"It was nerve-wracking," she told Harper's BAZAAR UK. "I couldn't pee because I was sewn in from the top. I put my foot in the wrong part of the leotard at one point, so I had to take it off and put it back on again. It was hassle, but worth it."

"Alex [Wang] made just one piece for me and didn't really give me a choice," she laughed. "Once I put it on, I loved it. He knew I'd be worried to wear it, but he wanted to put me in that piece so I obviously wasn't going to say no to him. I trusted him and we worked it out together. It was definitely a moment for me because when would I have thought to wear a catsuit on the Met Gala red carpet?" 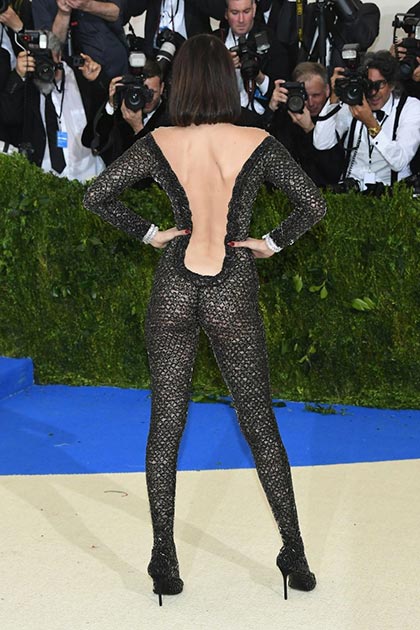 Nerves aside, Bella is pleased that she didn't play it safe. Ultimately, it was the perfect occasion, given the event and the theme, to go bold and experiment.

"If there's any event that you're going to be daring at, it's the Met," she said. "I was worried because it is a very prestigious carpet and a lot of fashion people were going to be there. I was worried about wearing a catsuit when other people were wearing full gowns, but fashion is about taking risks and I wore a crystallized full bodysuit to the Met Ball. I guess that was the risk that I took and it was really fun."

The advantages of wearing a catsuit on the red carpet (aside than looking incredible in front of your ex and his new girlfriend—always a plus regardless of whether you're on good terms or not) is that, unlike more rigid gowns, you can actually move in it.

"It was also really comfortable," she said. "When you watch videos from the night, I'm literally skipping on the red carpet—I was the one person who could actually sprint on the red carpet, so that was pretty ace." 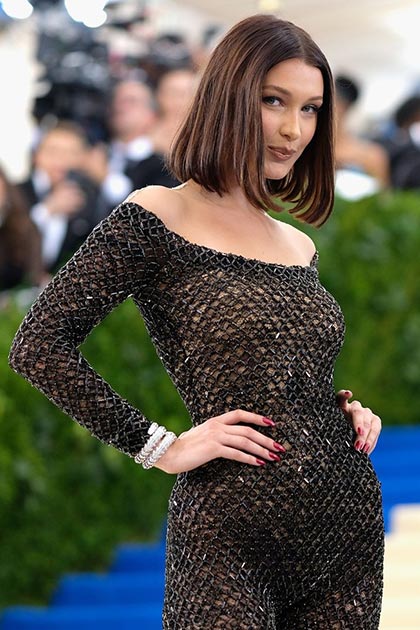 As for the night itself, it sounds pretty unforgettable. Hadid found herself at the head table in front of the stage ("I don't how it happened") with Frank Ocean, A$AP Rocky, Alexander Wang, Amy Schumer, Jake Gyllenhaal, and Madonna.

"I had so much fun from the moment I got on the red carpet until the moment it all ended," she said. "I was with the best group of people. I talked to so many people. I laughed for four hours straight. It was just the most amazing night."

This article originally appeared on HarpersBazaar.co.uk. Minor edits have been made by the Cosmo.ph editors.