This was one twinning moment they did not agree to.
by Kaitlin Menza | May 23, 2017
Post a Comment
Featured

As social philosopher Chrissy Teigen wondered on Twitter this week, "Where does this cannes carpet lead? I feel like it's just a red carpet & then everyone falls into a hole & then recycles into another carpet." Yes, Cannes is a film festival, but for most of us plebes, it simply represents a string of glamorous red-carpet appearances by actors and models. The fashion is what it's all about, which is why it's particularly tragic that two models just showed up for the same event in the same gown.

French model Thylane Blondeau and Russian actress Svetlana Ustinova attended the premiere of the film Loveless (Nelyubov) tonight wearing the same Dior dress from the house's spring 2017 ready-to-wear collection, per Fashionista. The gown features a '90s-esque tank bodice with a full tulle skirt in blush pink. The distinctive doodles sketched all over the fabric make it seem almost one-of-a-kind...until you see both gals wearing them. 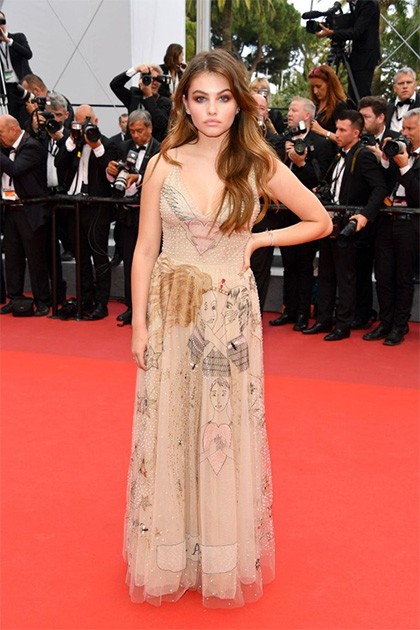 Thylane and Svetlana even styled the dresses similarly, wearing minimal jewelry and with their ombre hair loose and wavy. Thylane's makeup focused on her eyes, while Svetlana went with a red lip. 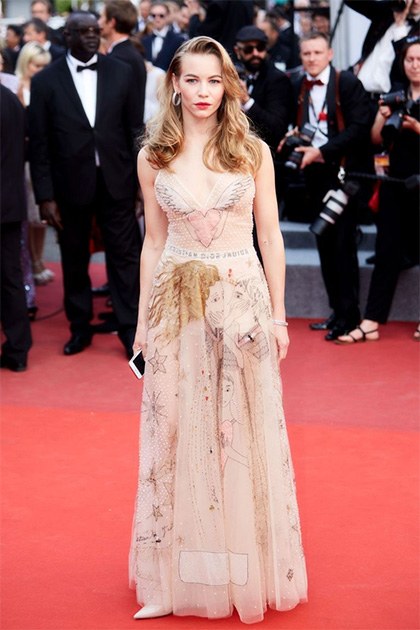 While it's annoying when your friend shows up at a party in the same Zara top as you, it's a little more rare on a red carpet, which is by design. Fashion labels typically lend out their dresses to major stars, a delicate dance for both parties as they promote their projects and products. It's totally weird that Dior would give two girls the same dress. Fashion conspiracy? We're here for it.