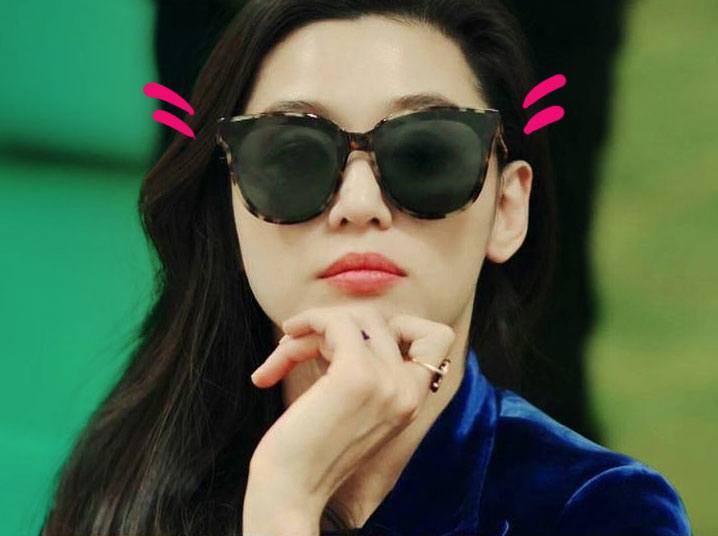 It's no secret that Korean celebrities always look good and have become fashion icons in their own right. At the recently concluded Seoul Fashion Week in Dongdaemun Design Plaza, the rest of us waited to see what—or better yet, who—our favorite idols and actresses would be wearing. Here's a roundup of some of them:

A contemporary high-end womenswear label, Steve J & Yoni P is probably the most popular Korean brand now and we can prove it, thanks to their star-studded list of clientele aptly dubbed Steveyoni Friends. Song Ji Hyo, IU, Shin Min Ah, model Irene Kim, and Sulli are only a few of those who can't get enough of the girly and quirky brand, and we understand their obsession. The label's current collection features ruffles, dainty lace, and string details that make everyday casual wear stand out. They also have a new denim brand called SJYP.

KYE's aesthetic is a perfect mix of laidback streetwear and sleek athleisure, the current get-up of today's youth, including K-Pop stars. Leading the pack are fashion icons like Big Bang's G-Dragon, Sandara Park, and the boys of Shinee. We especially love the fur-trimmed outerwear from their latest F/W 2017 collection, which we can totally imagine CL in! Also worth noting is the brand's international following, with Rihanna, Rita Ora, and Bella Hadid spotted donning their cool clothes.

According to the its website, Fleamadonna is "a fresh combination of vintage chic and large doses of diva glitz," a look K-Pop girl groups are no strangers to. Their designs have been spotted in Twice's new music video for "Knock Knock;" while Girls' Generation's Tiffany, Seohyun, and Taeyeon, Blackpink's Jisoo, and Uncontrollably Fond actress Suzy have the brand in their wardrobe roster.

Nohant (pronounced no-ahng), a brand highly influenced by the Parisians, believes in creating looks that are modern, simple, and casual, but of quality. For their S/S 2017 Université de Nohant collection, the brand loosens up the French preppy look with comfy essentials we can imagine Nam Joo-hyuk's character in Weightlifting Fairy Kim Bok Joo wearing. And while their clothes are unisex, Nohant actually has more male celebrity fans, such as Park Bo Gum, Lee Min Ho, Yoo Ah In, Ji Soo, and B1A4's CNU.

We already know how immense actress Jun Ji Hyun's fashion influence is. After she wore a pair of sunglasses from Gentle Monster in the 2014 hit drama My Love From the Star, the brand instantly became a household name. Soon enough, the trendy accessories were seen on Big Bang's G-Dragon and T.O.P., Super Junior's Siwon, and Shinee's Key—as well as Gigi Hadid, Kendall Jenner, Miranda Kerr, and Tilda Swinton, Gentle Monster's current endorser.

Lucky Chouette is a casualwear brand that plays with oversized silhouettes and fun graphics for a fresh and unique spin. Chouette means "owl" in French and is considered lucky in Korean culture, so the character is featured in every collection. The lucky charm must be working—Park Shin Hye wore the brand in her show Doctors, Train to Busan actress Jung Yu Mi had a special collaboration with the brand, and we've also seen Girls' Generation, and Jessica and Krystal Jung in head-to-toe Lucky Chouette for their airport fashion! The brand also has a line of caps that guys like Lee Kwang Soo, Kim Soo Hyun, and EXO's Chanyeol love to wear off-duty.

Pushbutton could be the Korean version of Balenciaga—its collections often include boxy coats and blazers, and a medley of layers, slip dresses, and nonchalantly worn outerwear. That might seem too much for normal people like us, but Jealousy Incarnate actress Gong Hyo Jin, 2NE1's CL,T-ara's Hyomin, and the girls of Blackpink can pull everything off effortlessly.