Not even the most distressing situations could dampen Dr. Kang’s style.
by Patricia Dayacap | Aug 2, 2016
Post a Comment
Featured

Descendants of the Sun swiftly worked its way into our hearts as the K-drama of the year, introducing us to the compelling love story between army captain Yoo Si Jin (Song Joong Ki) and feisty doctor Kang Mo Yeon (Song Hye Kyo). We swooned, we cried, we squealed in anticipation—and, in the process, lusted after Dr. Kang’s outfits.

Here’s a look at the designer goodies Song Hye Kyo’s character wore on the show: 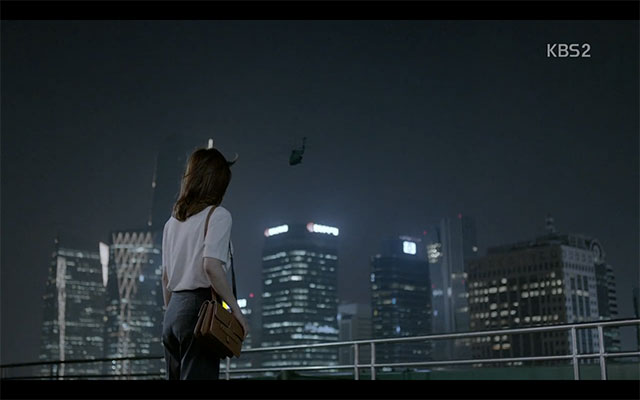 Before making the switch to less fancy tote bags that made more sense in war-torn Uruk, Dr. Kang relied on this leather shoulder bag as an after-work option. She brought it with her for that dramatic helipad scene and to end her relationship with Si Jin at the beginning of the show. We can see why she likes it—it’s classic, polished, and well, who could resist Céline, right? 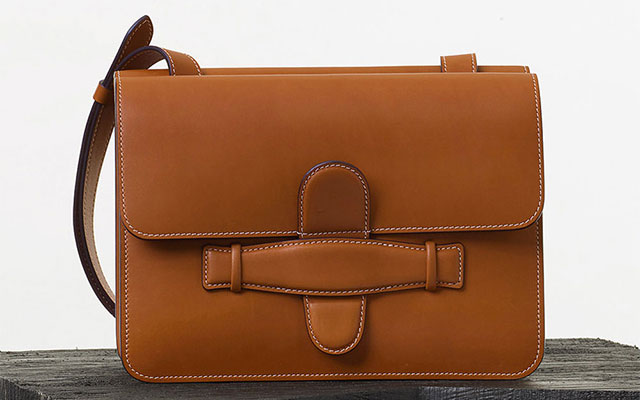 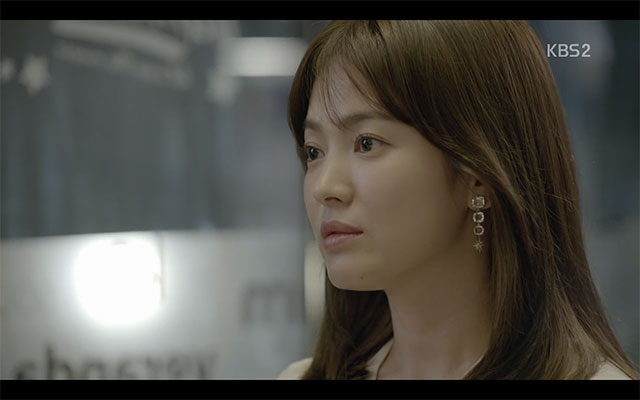 Aside from drawing attention to her flawless, pore-free complexion, all these close-up shots of Mo Yeon allowed us to zero in on her earring game. The doctor favored no-nonsense studs for intense operations, then upgraded to delicate dangling styles for TV appearances, dates, and the like. For her first ever heartbreaking confrontation with Si Jin, Dr. Kang wore a stunning pair of H. Stern drop earrings that featured a starburst at the end of each strand. 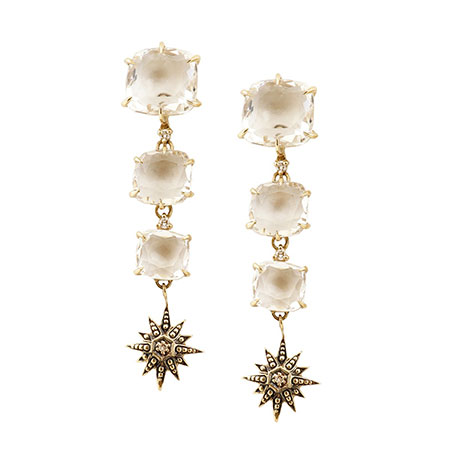 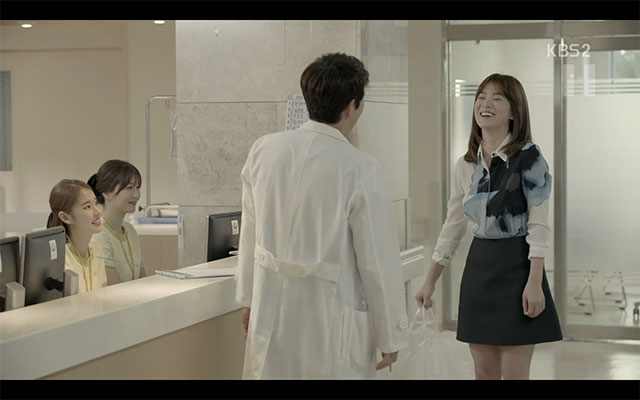 Though Dr. Kang quickly adapted to the environment once in Uruk, her OOTDs in Seoul were something else. Hey, she’s a semi-celebrity with a doctor’s salary, after all! While making a Subway run to buy sandwiches for the staff at the hospital, Mo Yeon chose a Victoria, Victoria Beckham watercolor flower dress. So pretty! 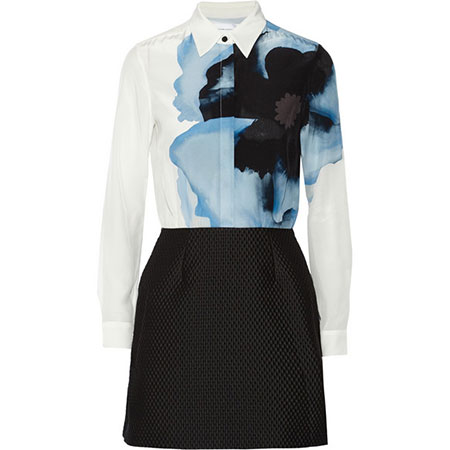 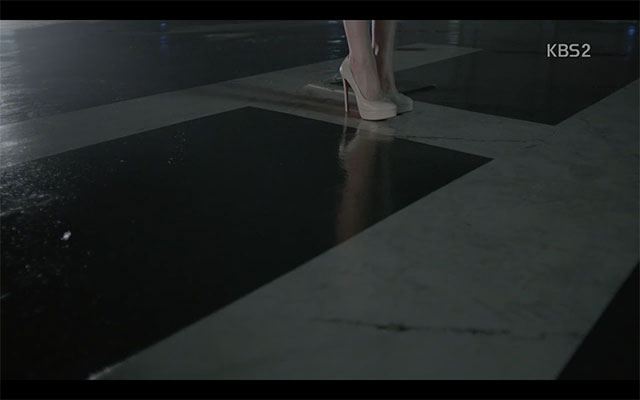 Though Dr. Kang wears some pretty sensible footwear throughout the series, she’s not afraid to bust out the sky-high heels when the situation calls for it. In a scene that had her reminiscing in the helipad about Si Jin, the camera pans to her feet—and they’re clad in Christian Louboutin platform heels. Don’t stand so close to the edge, Mo Yeon! 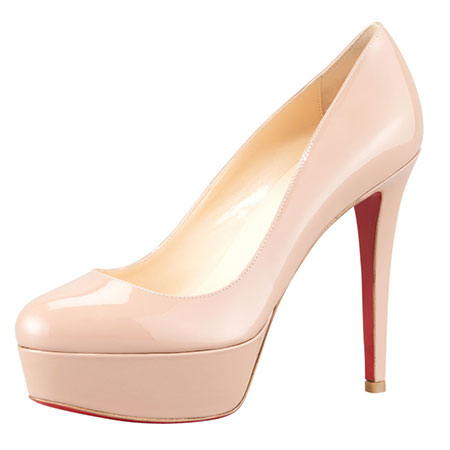 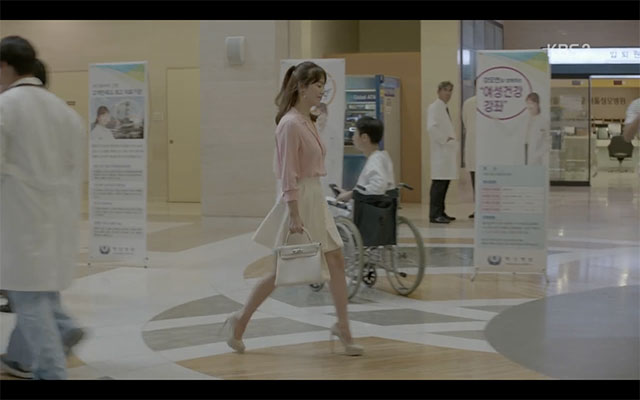 The pretty doctor has no shortage of designer labels in her closet, but the bag she paired with this sweet ensemble may just take the cake. Ta-dah, it’s a white Hermès Kelly! We’re definitely not alone in thinking that this bag (along with the Birkin) is highly covetable for many women. 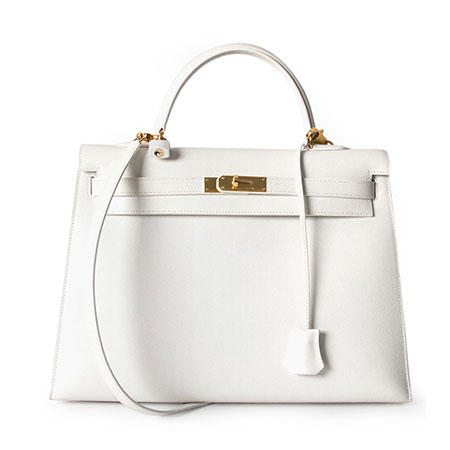 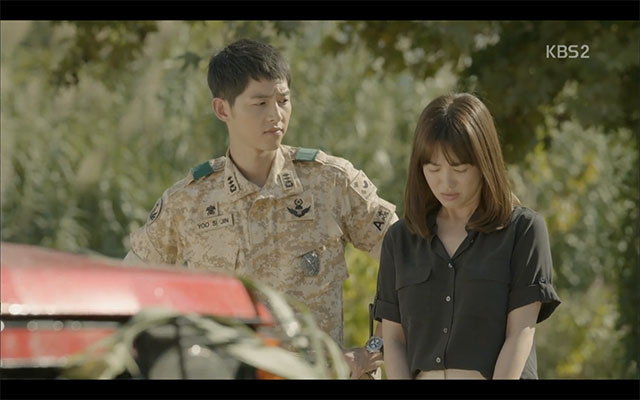 Once stationed in Uruk, however, Dr. Kang had to go for more practical clothes. But that’s not to say her awesome sense of style suffers. So while skirts and heels might have been the norm in the city, her provincial wardrobe leans more toward relaxed trousers, comfy sneakers, and easy shirts—just like this lightweight short-sleeved top by Equipment. 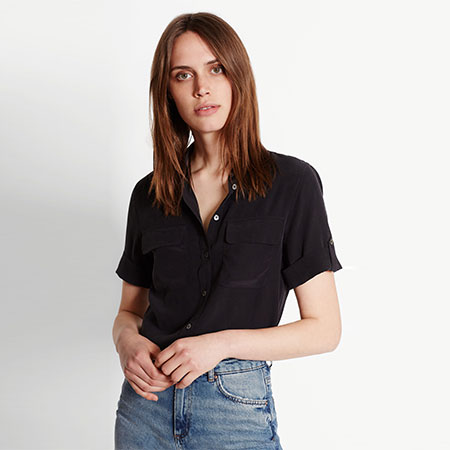 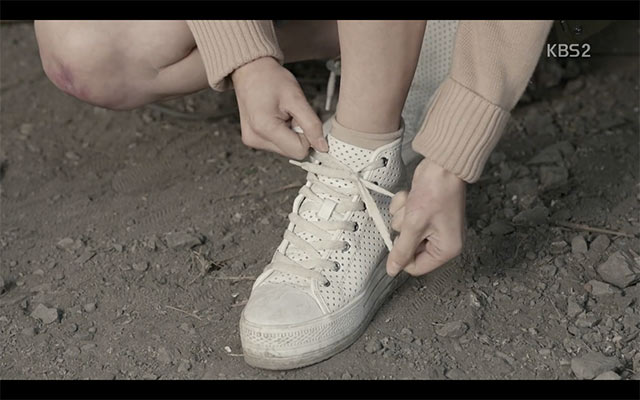 Speaking of comfy shoes, who could forget that scene where Si Jin kneels down to tie Dr. Kang’s shoelaces? If there’s any instance that fueled our shipping of Song-Song couple and established the fact that there might be hope yet, it is THIS. Combat boots aside, Mo Yeon also ran around in this pair of sneakers by Junya Watanabe Comme Des Garçons. Gotta love a girl who’s not afraid to get her white shoes dusty and dirty! 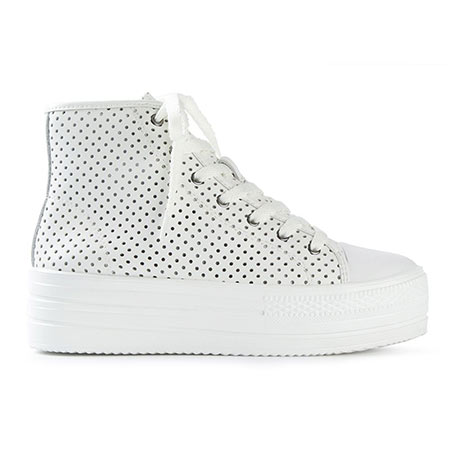 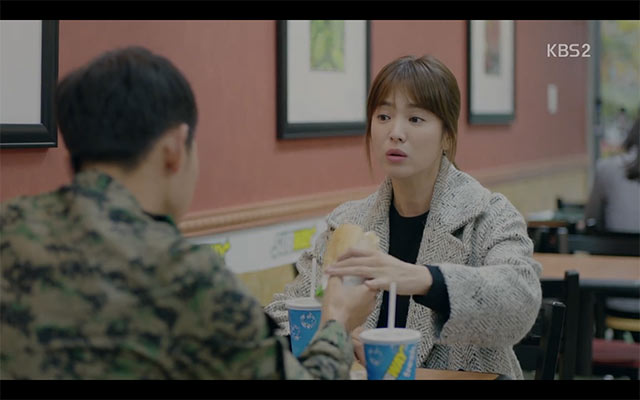 Mo Yeon does drunk really well—like, glowing and perfect and not at all like she’s battling an annoying hangover. While grabbing a meal and being all adorable with Si Jin, she covered up in a gray double-breasted coat by American brand Vince. Major outerwear (and boyfriend, LOL) envy right now! 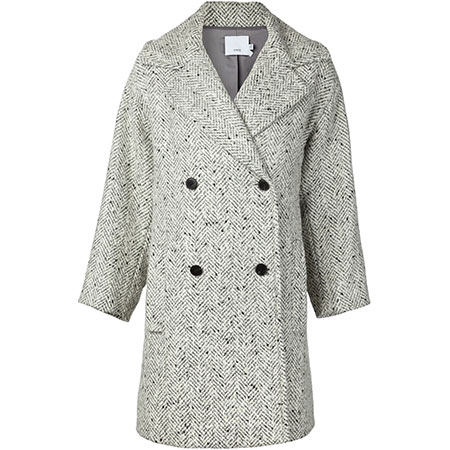