The spring/summer fashion trends for 2017 have already been decided, so why not get ahead of the game and start thinking about what to wear next season right now?

The catwalks of London, New York, Paris and Milan Fashion Week were awash with exciting new trends to try ourselves; from '80s-inspired shoulders, washes of fuchsia pink and canary yellow to new takes on sheer and ruffled textures.

Here's our run-down on what you need to know... 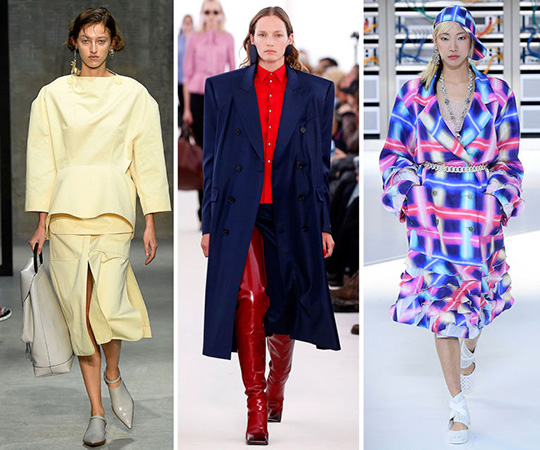 The '80s called, they want their shoulder pads back. The boxy shapes seen on the Balenciaga catwalk are likely to be too extreme for us mere muggles but more relaxed shapes at Chanel and Marni gave an insight into how we could take on the trend, too. 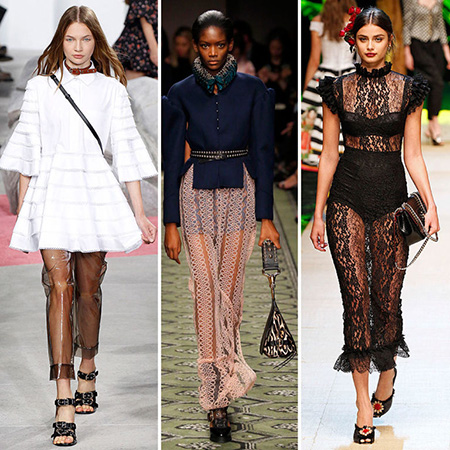 Just when you thought we might take a break from see-through fabrics, the spring/summer catwalks happened and we saw a load more underwear and in some cases, none at all. Taking on a new form for 2017, think perspex trousers with longline tops and dresses as seen at Carven, crochet bottoms as seen at Burberry and fitted lace dresses loved at Dolce & Gabbana. 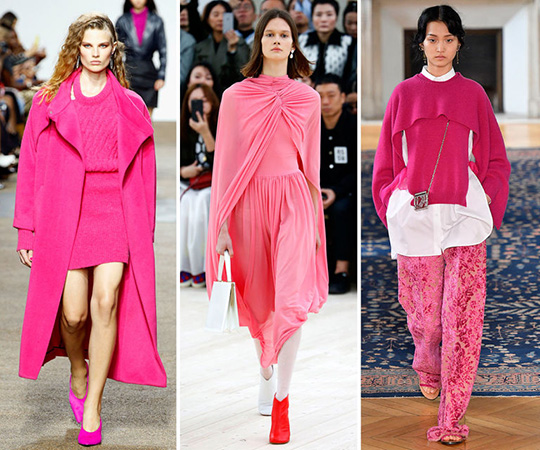 Pink—particularly of the fuchsia variety—flooded the catwalk at shows such as Celine, Valentino, Topshop Unique and Balenciaga. Whether you choose to layer lots of different hues over your separates like at Valentino, or color block by wearing coats over statement dresses like at Topshop, you won't go wrong as long as it's pink, pink, pink. 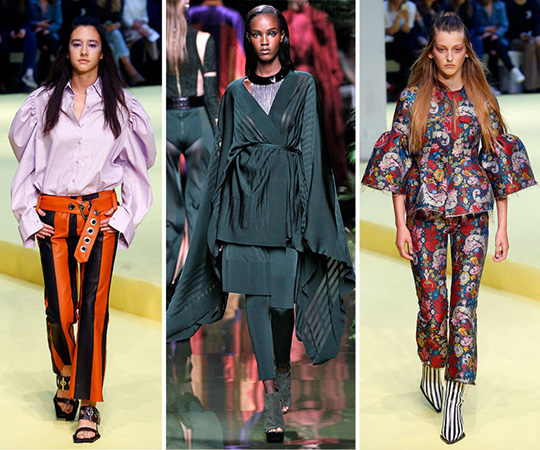 Another trend that is taking some time to filter off the catwalk, the detailed sleeve that we'll be embracing in autumn 2016 is continuing to evolve for the next season, too. Think ruffles, flutes, cropped, bunched, oversized—according to Marques' Almeida, Balmain and more, anything goes. 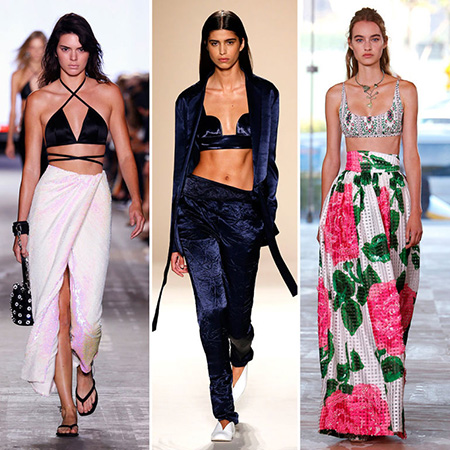 Perfect for those with a love of underwear as outerwear, Kendall Jenner's favorite piece of clothing is going to be everywhere for spring. They'll be strappy, as seen on the model on the Alexander Wang catwalk, covered in floral prints, as seen at Tory Burch, and in luxe velvet textures like at Victoria Beckham. 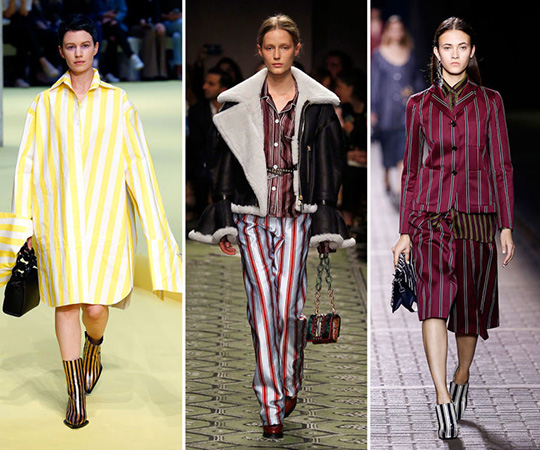 From seaside to school to sailor and more—stripes were all over the SS17 catwalks in every beautiful form you could imagine. We particularly loved the pinstripes at Mulberry and thick stripes at Marques' Almeida, both of which were worn with a stripey boot for further contrast. 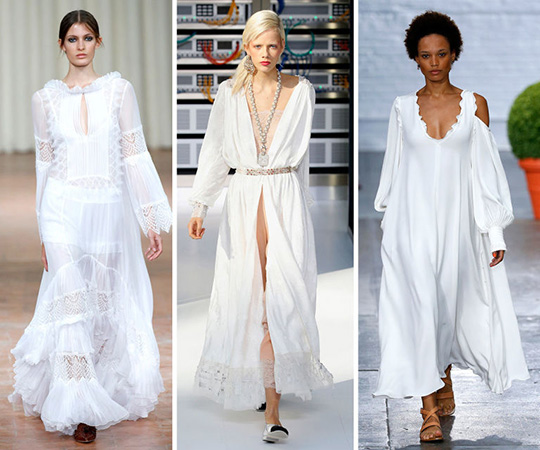 If you love a floaty white shirt dress situation then we're predicting you'll be able to buy one for every day of the summer thanks to the SS17 catwalks. The high street is bound to want to copy the beachwear-meets-eveningwear maxi dresses from the Chanel and Alberta Ferretti catwalks, while the Rodarte and Tibi runway gave new meaning to the term "off the shoulder." 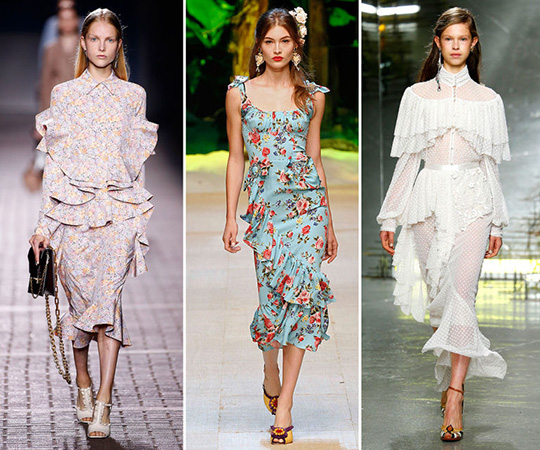 Like fancy sleeves, ruffles are transitioning from the autumn/winter catwalks to next season with a serious kick. We can't wait to try out the romantic ruffles and floral prints that sauntered down the catwalk at Dolce & Gabbana, while Mulberry made theirs look like ruffles were made for the office. 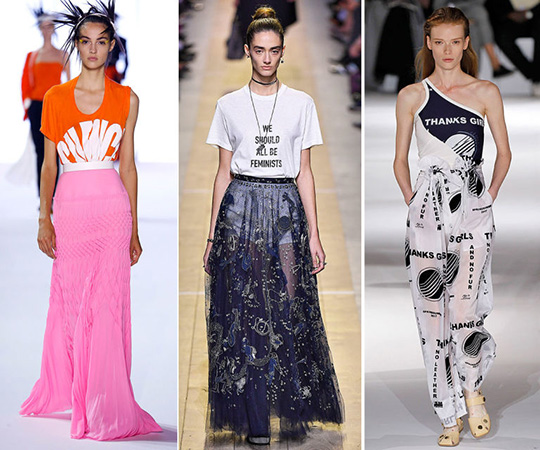 The return of the slogan tee is here, preferably of the feminist variety as seen at Christian Dior and Stella McCartney. Whether you want yours to be political or just super sassy—like Haider Ackermann—try tucking into a maxi skirt and wearing with plenty of eyeliner.