These Models Practically Bared Their Vaginas On The Red Carpet

The thigh-split dress trend has been a thing ever since Angelina Jolie stuck out her leg at the 2012 Oscars red carpet and since then, celebrities have been trying their best to put their own spin on the look and win 'best dressed' points.

Which is exactly what Italian models Giulia Salemi and Dayane Mello were trying to achieve when they arrived at the 2016 Venice Film Festival wearing dresses split all the way to the midriff. 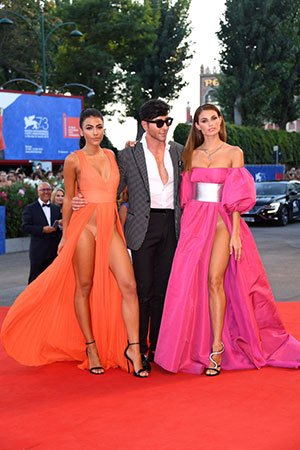 The result? A whole load of near vagina-baring moments on the red carpet. 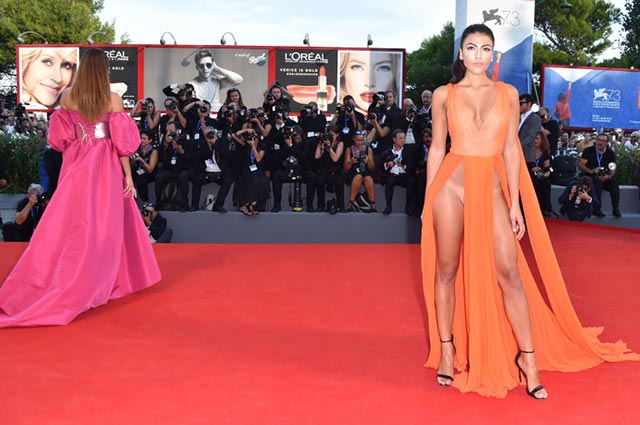 While the dresses were made with the idea that the skirt material would cover any private areas, the designer had a back-up in case of any wayward wind moments, with each model wearing one of those wrap under, no strap thong things. 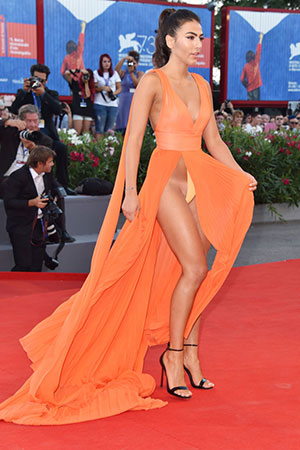 Ignoring the rather revealing skirts for a minute, we're actually kind of crushing on the poppy pink and orange combo of the dresses; it reminds us of a Fruit Salad (but in a good way). And there's something super cool about the pink puffy sleeves and gigantic waist belt. '80s vibes anyone? 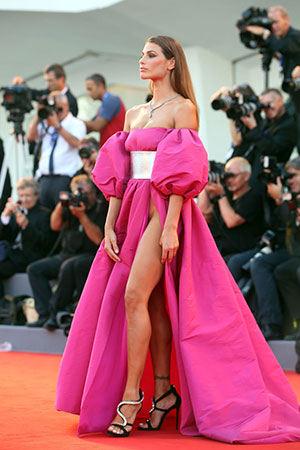