If she were alive today, Marilyn Monroe could wear anything from a 00 to an 8.
by Brooke Shunatona | Aug 16, 2015
Post a Comment
Featured

The Washington Post collected data from the American Society of Testing and Materials to create the chart below, which describes how clothing sizes that are based on the exact same bust and waist measurements have changed over the last 50 years. 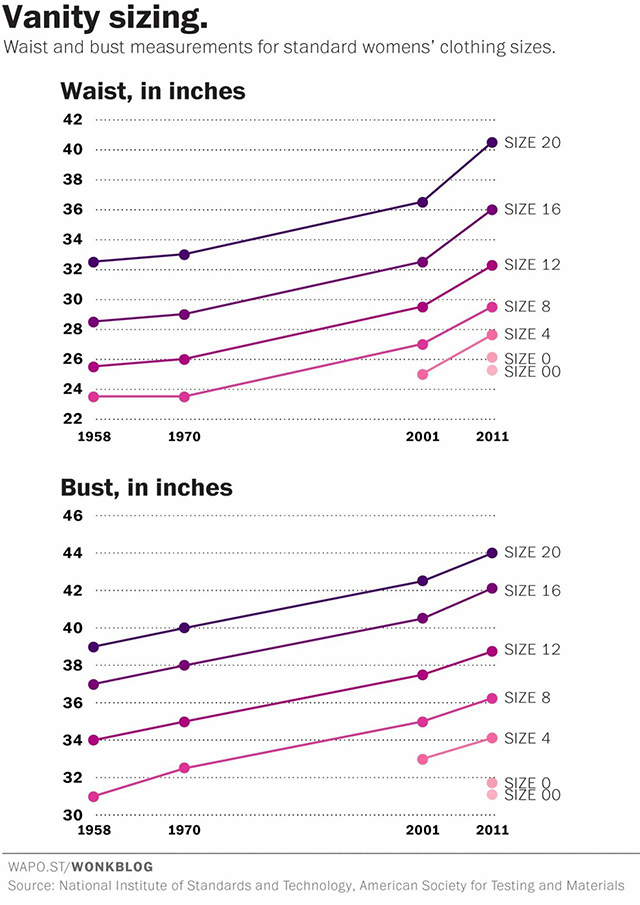 Yes, people today are bigger than they once were, but Slate reports there are a few additional factors of the 1958 study to consider as well:

The study accounted only for white women; women of color who came in were measured, but their measurements were discarded. And since the study offered a small stipend to anyone who volunteered to be measured, there's a decent chance that the results skewed toward the poor and malnourished. When the NBS re-analyzed the data to produce the commercial standard, they distorted results even further by adding the measurements of women who had served in the Army during World War II—likely among the most fit women in the population.â€‹

So there you have it. Sometimes things in life just don't make any sense—your dress size being one of them.