The late royal wanted the public to feel that she was a relatable figure that they could interact with easily—and used her wardrobe to relay that message.

"When she was visiting hospitals, for example, she would wear cheerful clothes that would convey warmth and often chunky jewellery so that children could come and play with them," Eleri Lynn, who has curated Kensington Palace's new exhibition, Diana: Her Fashion Story, told People.

She refused to wear gloves when conducting her royal duties—a royal tradition that historically denoted status, cleanliness, and purity.


"[Diana] liked to hold hands when visiting people or shake hands and have direct contact," Lynn explained. "She also stopped wearing hats because she said, 'You can't cuddle a child in a hat.'" 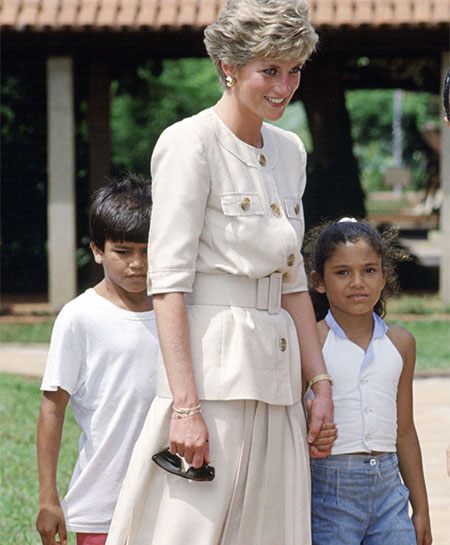 "In the '90s you really see her fashion is pared back and simplified," Lynn said. "Following her separation from the Prince of Wales, those close to her recall she wanted to be known as a work horse, rather than a clothes horse, and she knew that to focus attention on her work she needed to simplify her daytime look."