Being a Game of Thrones superfan, waiting on the final season in the year of our lord 2019, feels a lot like this:

But fear not! Amid the mini spoilers and wardrobe sneak peeks we've managed to pull ahead of season eight, there's also a brand new makeup collab to hold us over, so we should all be saying THANK YOU to Urban Decay right now.

Urban Decay announced that it's releasing a GoT collection, and this might just be the best thing since Daenerys and Jon Snow finally met. The company dropped fire-and-ice-filled teasers on Instagram, much to the delight of fans.

Seriously, everyone in the comments has been freaking out: 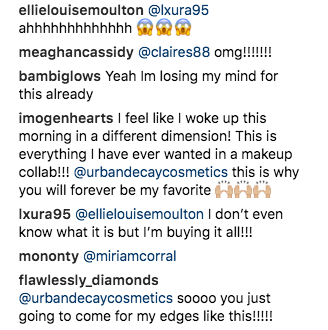 This is the show's first and only official makeup collab, despite years of rumored partnerships and that one time there was a Jon Snow makeup brush. Details are few and far between—all we really know is that it's coming this April.

It's clear from the teasers the line will feature teal and cobalt shadows and warm golden colors, which seem to fit Daenerys and Cersei, respectively.

We're already crossing our fingers that the collection will also be locally available!