From her favorite '80s hits to her reaction to the Pussycat Dolls' stage outfits, we give you the lowdown on Cosmo's April cover girl.
by Jing Lejano | Apr 5, 2010
Post a Comment
Featured 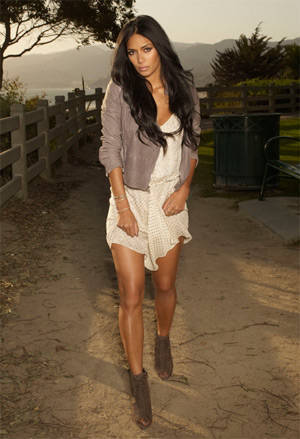 Fun, fearless, female—These three words describe Cosmo's cover girl this April, the prima Pussycat Doll, part-Pinay Nicole Scherzinger. Fierce and fabulous, the sun-kissed Hawaiian beauty is a shining symbol of girl power and an inspiration to Cosmo chicks everywhere. You probably know her for her daring outfits, for her strong, sultry voice, and for pop hits like "I Don't Need A Man" and "Don'tcha," but there's a lot more to the sexy singer than meets the eye. Cosmo gives you a crash course on everything Nicole.