1. "You don't understand, these hairs have been with guys almost their whole lives, so when they come out, they don't want to come out. They're like, 'Why are you taking me out of my home?' So they hold on tight." —Channing Tatum, to Access Hollywood

2. "When all else fails, just shave because waxing is not it." —tWitch, to Vibe

3. "The first thing that happened when we were on set was everybody was like, 'Don't eat that protein bar. This is the good one.' And then, 'You can't have the same green two days in a row. That's crazy.'" —Donald Glover, to Movies Online

4. "What's the day-to-day maintenance like? It's not that crazy … obviously when it's time to go on stage you've got to bust out that razor and go against the grain, baby." —Matt Bomer, to Bustle

5. "I just knew [the rest of the cast] was going to show up ready to kill, and I didn't want to be the weak link. I had only six weeks to prepare, and honestly, I was like, 'Am I going to have to do a cycle of steroids?'" —Adam Rodriguez, to Men's Fitness 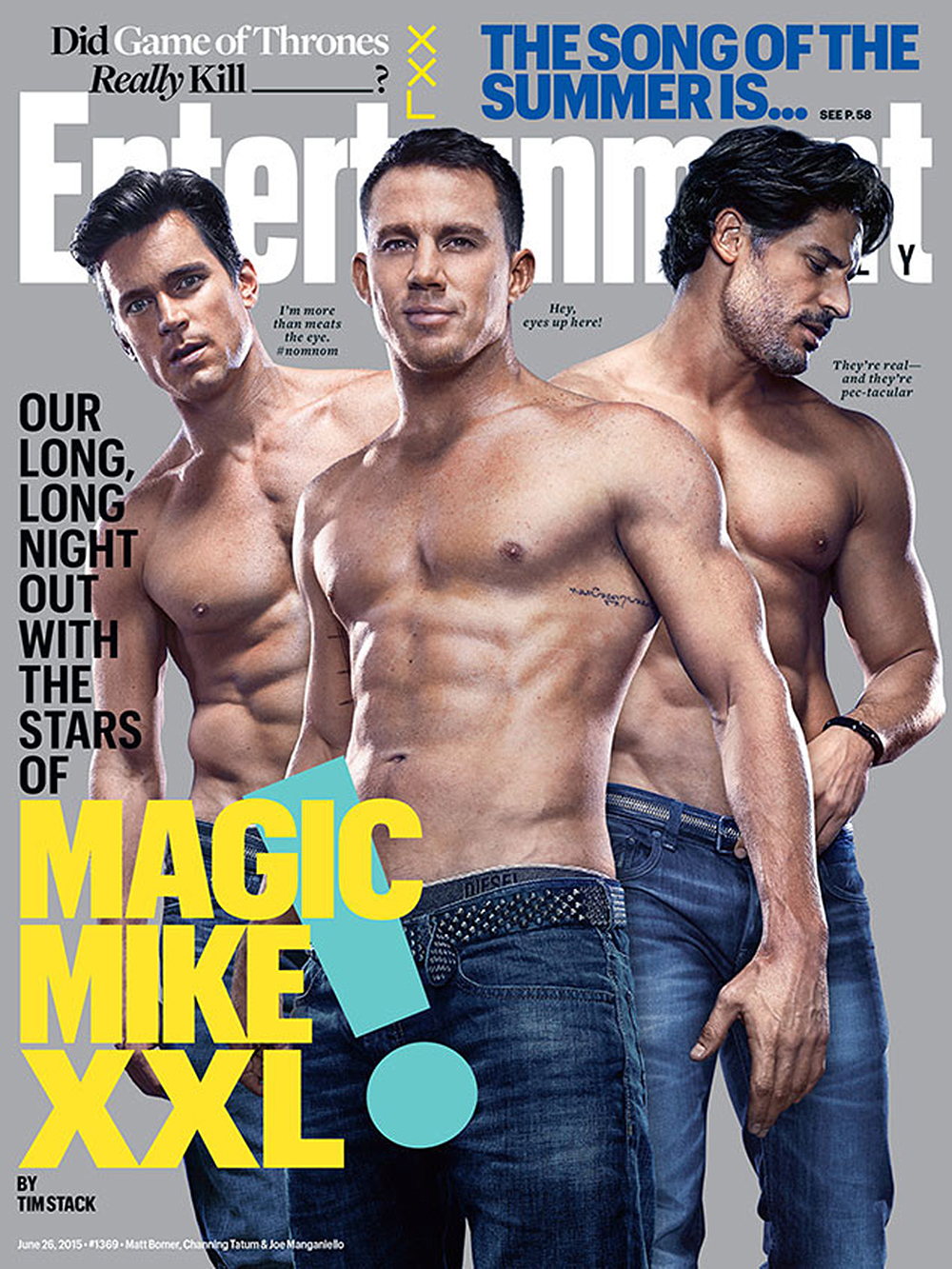 6. "I waxed last time and I promised myself I was not going to do it again. And then Matt Bomer goes, 'Oh no, you just didn't have the right lady, she just wasn't doing it right.' And then I went again and it sucked just as bad." —Channing Tatum, on The Ellen DeGeneres Show

7. "I couldn't believe it when they started to wax my glute — they kind of do it repetitively, and I'm kind of thinking like, How much is she getting? It looked like Lassie was groomed." —Kevin Nash, on Jimmy Kimmel Live

8. "I've been on other projects before where I had to be in great shape. The lengths that I went to get into that shape and the type of discipline I needed caused some of my castmates to look at me cross-eyed, like I was some kind of alien from another planet. That's not the case with the guys on Magic Mike — all of us worked really, really hard." —Joe Manganiello, to Haute Living

9. "When I did my prep for this, you're doing it and you're dying. You go, 'OK, I'm going to cut carbs out. I'm going to cut out processed stuff. I'm going to cut this out and that out.' I just kept waiting and waiting, telling myself, 'This will be the last bottle of wine I drink.'" —Kevin Nash, to Movies Online

"Basically, we all were taking penis-enlargement pills since the last one, so we weren't worried about what temperature the room was when we came out to do our dances. That's what XXL means." —Channing Tatum, to Entertainment Weekly